If Twitter GIFs are anything to go by (and quite frankly, who expresses emotions in any other way nowadays), Weber Shandwick boss Colin Byrne seems to be a little down.

Perhaps he's emotional at his imminent (not actually that imminent) departure from the agency, but it also seems he's getting rather emosh over the state of the Labour party.

"20 years ago we had Blair & Mandelson and now we have Corbyn and Dianne Abbott," he bemoans in a Tweet. Just two years before that, he omits to mention, the party also had a chief press officer by the name of Colin Byrne.

@prweekuknews Because 20 years ago we had Blair & Mandelson and now we have Corbyn and Dianne Abbott #GE2017 pic.twitter.com/UJp8C2iKXy

News reaches Flack that start-up agency owner Paul Stephenson has a speaking engagement at next month's Confed17, the conference of the NHS Confederation.

Flack wonders whether Stephenson, who headed up PR for Brexit campaign Vote Leave last year, will be asked for his view on how to put more money into the NHS...

Voter turnout: mobilising the 33.9 per cent

As a result of voter turnout at general elections only creeping above the 66 per cent mark once this millennium (2015, 66.1 per cent), Stafford-based technology PR firm Stone Junction is taking a stand.

The agency is offering each of its employees an hour of paid leave on 8 June to ensure they have enough time to vote. The lucky few (Stone has 16 employees) can either arrive an hour later than usual, take an extra hour in the day, or leave an hour early.

Stone Junction MD Richard Stone said voting isn’t just about ticking a box — "it’s about being in control of your future".

He said: "Although polling stations are open outside standard working hours, many employees still choose to go home after a long day at the office, rather than going to vote. At Stone Junction, we believe that it is extremely important that everyone has the opportunity to vote."

Polling stations are open from 7am until 10pm.

The agency is also calling on other companies to offer employees the chancee to vote, and has set up a petition on change.org where interested parties can pledge their support.

The deadline to register to vote is Monday 22 May. If you don’t vote, Flack reckons the Stone Junction posse (see image below) will come after you. 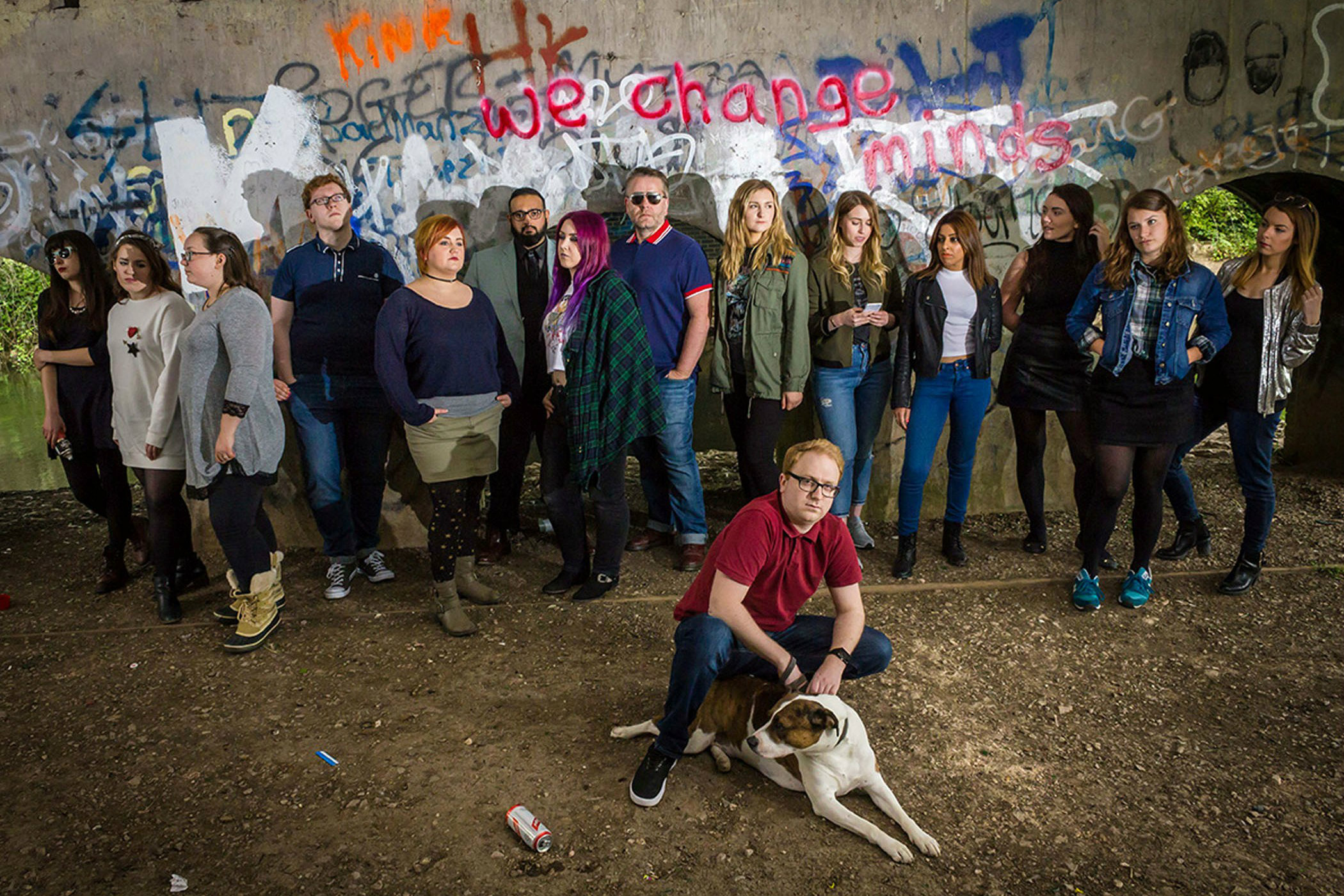 To the south-west now, and Flack was intrigued by this bit of viral content from one enterprising student.

PR man Rich Leigh - or Mr PR, to give him his real name – writes in his blog about 21 year-old Lawrence Kemp from the University of Gloucestershire, who received a burst of publicity from a video filmed on Snapchat showing him completing an essay at a nightclub.

Lawrence reportedly got a first for his effort, and the story was covered by the likes of Lad Bible. It turns out the video was staged - as part of a university project to make a piece of content go viral.

Leigh argues that Kemp and fellow student Danny Cotter, who took the pictures, should have confessed earlier.

Nevertheless, Leigh has now offered the pair a paid internship after their studies. "They clearly have something about them," he writes.

"They showed an ability to come up with something worth sharing, reading the situation well. They made a mistake I’m sure they’re sorry for, but when you’re young and you get carried away during a situation, it’s not surprising."

What WE think of the agency

Last week, WE Communications launched The Plus Network, allying with five other firms from across the marketing and media world to challenge its "bureaucratic and investor-focused" rivals.

This week, WE launched a trio of short comic videos in which they continue to spit barbs at their network-owned rivals. Me-ow!

The @LibDemPress account (note to self: include in next Confessions of a Social Media Manager series), never one to shy away from forthright opinion, had the shackles off, firstly with this curt response to its Labour counterpart joining the debate in absentia:

…then, as if this wasn't aggressive enough, Alastair Campbell became the next victim, getting royally shut down after an ill-informed, rodent-based jibe at the Lib Dem leader: