In the final part of our series, PRWeek looks at how successfully comms and PR were used to raise awareness of the elections among voters. 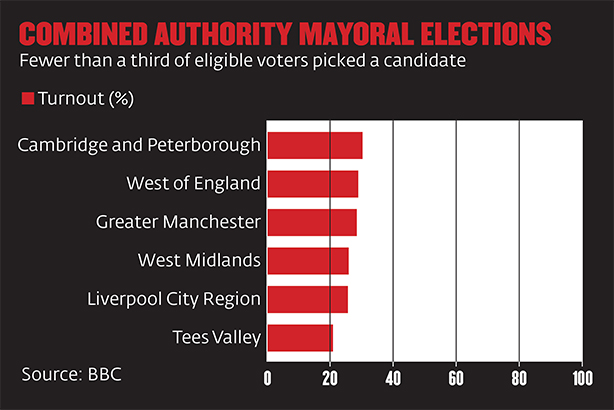 In Liverpool City Region, where the comms team used multiple channels and the combined expertise of six local authorities to generate interest, 26 per cent of one million potential voters turned up to their local polling station.

Voters comfortably returned Labour's Steve Rotheram as the new mayor. He received more than 50 per cent of all votes cast, negating the need to use second-preference votes.

For comparison, last May's turnout for Liverpool's police and crime commissioners was just over 31 per cent.

However, figures supplied by the combined authority show that it increased voter registrations by nearly 20,000 between the 2016 and 2017 elections, although how many of these were in the immediate period leading up to the mayoral elections is unclear.

Sefton had the most new voter registrations with 5,332. Halton had the least with 547.

Overall, there was a 1 per cent uplift in voter registrations across the whole region between December and May, according to the Electoral Commission.

Liverpool City Region said its election website received 11,500 visits in the seven weeks it was in operation and that awareness of the election rose from 26 per cent to 40 per cent among voters in the combined authority.

Karen Christie, principle comms manager for Knowsley Council who was leading on the mayoral elections, said: "The communications campaign focused on a range of channels to reach as many people as possible, utilising a range of digital, print and social media.

"Our information website... worked well to ensure consistent messages were being communicated. A similar approach will be taken for future elections." 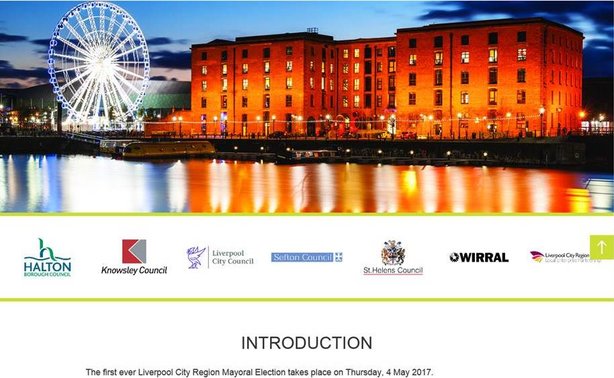 West of England Combined Authority (WECA) gave its electorate a "billion reasons to vote" in the mayoral elections, with a campaign that focused on social media outreach and used political media and celebrity influencers to spread the word.

The authority was rewarded with the second highest turnout of the six mayoral contests, at just below 30 per cent, with Conservative Tim Bowles returned as the winner. Turnout for Bristol's new police and crime commissioner last year was just short of 28 per cent.

Initial results showed that WECA increased voter registrations by more than 4,500 in Bristol, an increase of 0.74 per cent between the launch of its campaign on 27 March and the registration deadline.

The Electoral Commission counted 8,000 additional voter registrations across the region between December and May, a rise of 1.2 per cent.

WECA said there were in excess of 32,000 visits to its dedicated election website, while on social media it also made progress engaging with media.

Social media "thunderclaps" included one on 8 April to remind people about the voter registration deadline, which garnered 900 new registrations in Bristol. Another, the day before polling day, reminded people to go out and vote. It reached more than 390,000 people.

Of more than 70 media reports about the mayoral elections during the campaign period, at least 11 were directly attributable to WECA's PR and comms campaign.

Tim Borrett, head of PR at Bristol City Council, said: "We were pleased with local turnout given this was higher than professional predictions of 20-25 per cent, particularly as this was a new role unfamiliar to many voters and we did not have other local elections alongside it to help drive turnout.

"We are always cautious about mistaking correlation with causality so we'd stop short of claiming this result was purely driven by our campaign work. However we were very pleased with the reach and engagement rate through social channels, which ran between 1.2 per cent - 31.1 per cent, and we were able to demonstrate firm outcomes in terms of voter registration increases as a direct result of our thunderclap."

Borrett added that, in future elections, WECA could put more resources into social advertising because this improved engagement rates by around 25 per cent. 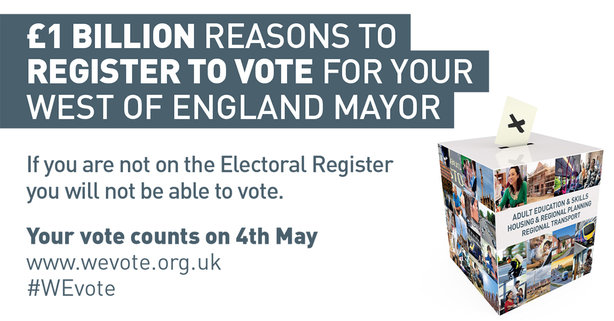 West Midlands Combined Authority (WMCA) asked voters to "Be part of history" in its campaign to target around four million voters across the region.

But in the contest, which was won by former John Lewis boss Andy Street, voter turnout was below 27 per cent.

By comparison, voter turnout in the region's police and crime commissioner elections last year was 30 per cent.

The combined authority's twitter account put on an average of 27 new followers each day during the campaign period.

According to the Electoral Commission, there were more than 28,000 new voter registrations between December and January, a rise of 1.5 per cent.

WMCA head of communications Jan Jennings, said: "'Be part of history' was a high profile campaign across all channels and while we are still awaiting the final data it appears to have been effective... we believe [the campaign] achieved its key objectives of raising awareness and encouraging people to vote.

If there was one thing we may do differently next time round then it would be to have more data around certain demographics. This would enable us to target messaging and resources even more effectively." 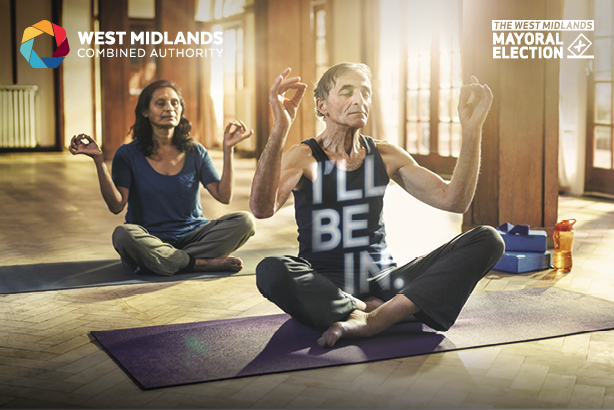 Tees Valley Combined Authority (TVCA), where Conservative Ben Houchen won the election, had the lowest voter turnout of all the six combined authorities.

TVCA pulled out all the stops in its local campaign, including producing a two-minute animation to educate voters and a leaflet distributed throughout the region.

It even brought in Maximo Park frontman Paul Smith as a celebrity influencer in a bid to convince younger voters to cast their vote. But, despite all these efforts, turnout across the Tees valley region was just 21 per cent.

The Electoral Commission said there more than 6,000 new voter registrations in the period between December and May, a rise of 1.5 per cent. 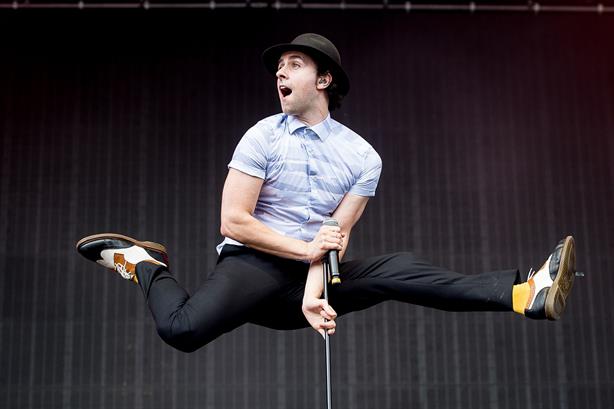 Cambridgeshire and Peterborough Combined Authority (CPCA) enjoyed the highest turnout of all the mayoral elections, with 33 per cent of the electorate coming out to vote last Thursday. But the Electoral Commission said the region saw an uplift in voter registrations of just 0.5 per cent, or 3,000 additional registrations.

Comms were handled by Prominent PR and the agency said it used DCLG's overarching campaign toolkit as well as the Electoral Commission to promote the election.

A spokesperson for CPCA said: "CPCA was not constituted as a legal entity until mid-March, so we were not in a position to undertake a proactive communications campaign of our own.

"We benefitted from central campaigns run by the Electoral Commission and the DCLG, as well as the campaigning work undertaken by the candidates themselves to promote the message and the vote.

"The turnout was higher than that of the Police and Crime Commissioner elections held recently – although that could be attributed to the fact that Cambridgeshire County Council elections were also being held at the same time, so voters had two reasons to turn out on the day." 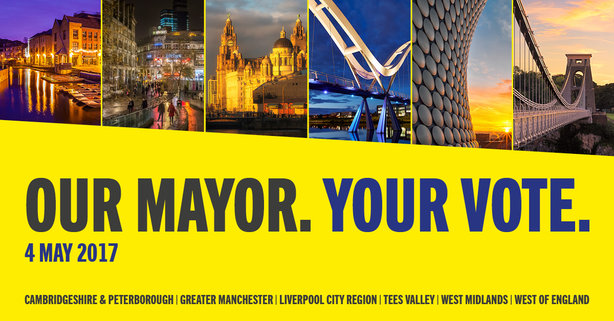 Greater Manchester Combined Authority (GMCA) saw turnout of 29 per cent for its elections, and the return of former shadow health secretary and MP Andy Burnham with a convincing 63 per cent of the vote.

In the region's last election for Police and Crime Commissioners in May 2016, turnout was just 13.9 per cent.

The authority set up a dedicated website and said it was "determined to raise awareness of the poll".

The Electoral Commission said there were nearly 30,000 new voter registrations between December and May across the region, a rise of 1.5 per cent.

No figures or comment on the effectiveness of the campaign were available from GMCA at the time of going to press. 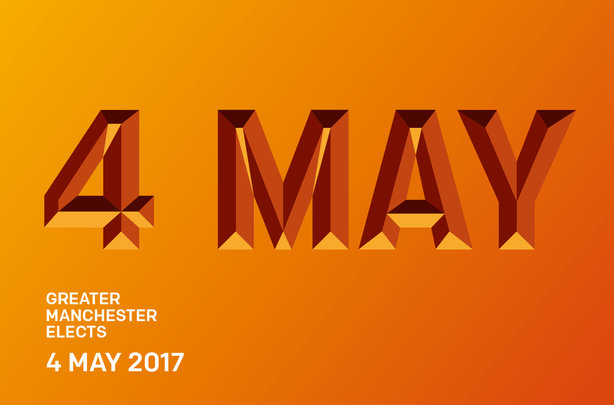