The conference, which took place on 27 and 28 April, included debate from contributors from across the media world. Here are some key insights:

Read next: John Lewis PR chief says not all creativity is good - and takes aim at the stunt

1) Get involved in the 'cultural conversation'

Brands now have "no choice" but to get involved in the "cultural conversation"– and PR can lead that role, Barcardi global comms chief Lisa Jedan argued.

Pointing to the 30 per cent rise in ad blocking in the past year alone, she said: "Consumers today increasingly have more power to choose what they watch, what they read, and what they're experiencing. Brands have no choice but to get involved in the cultural conversation to survive, because it's the route to being talked about."

Jedan also said brands should not be "afraid" to go to where the conversation is happening, and should "be brave". Bacardi's No Commission Project sees the brand put its name to a series of contemporary art exhibitions, with all proceeds from the sale of the work going to the artists.

"I think this is a really exciting time for us in the PR industry," added Jedan. "Earned is quickly becoming the only canvas that matters to consumers, and unlike paid-for media, our content is reliant on having inherent value to our audience."

The problem with the much-criticised Pepsi campaign featuring model Kendall Jenner was that "people thought [Pepsi] didn't have the right to be in that space", she stated. 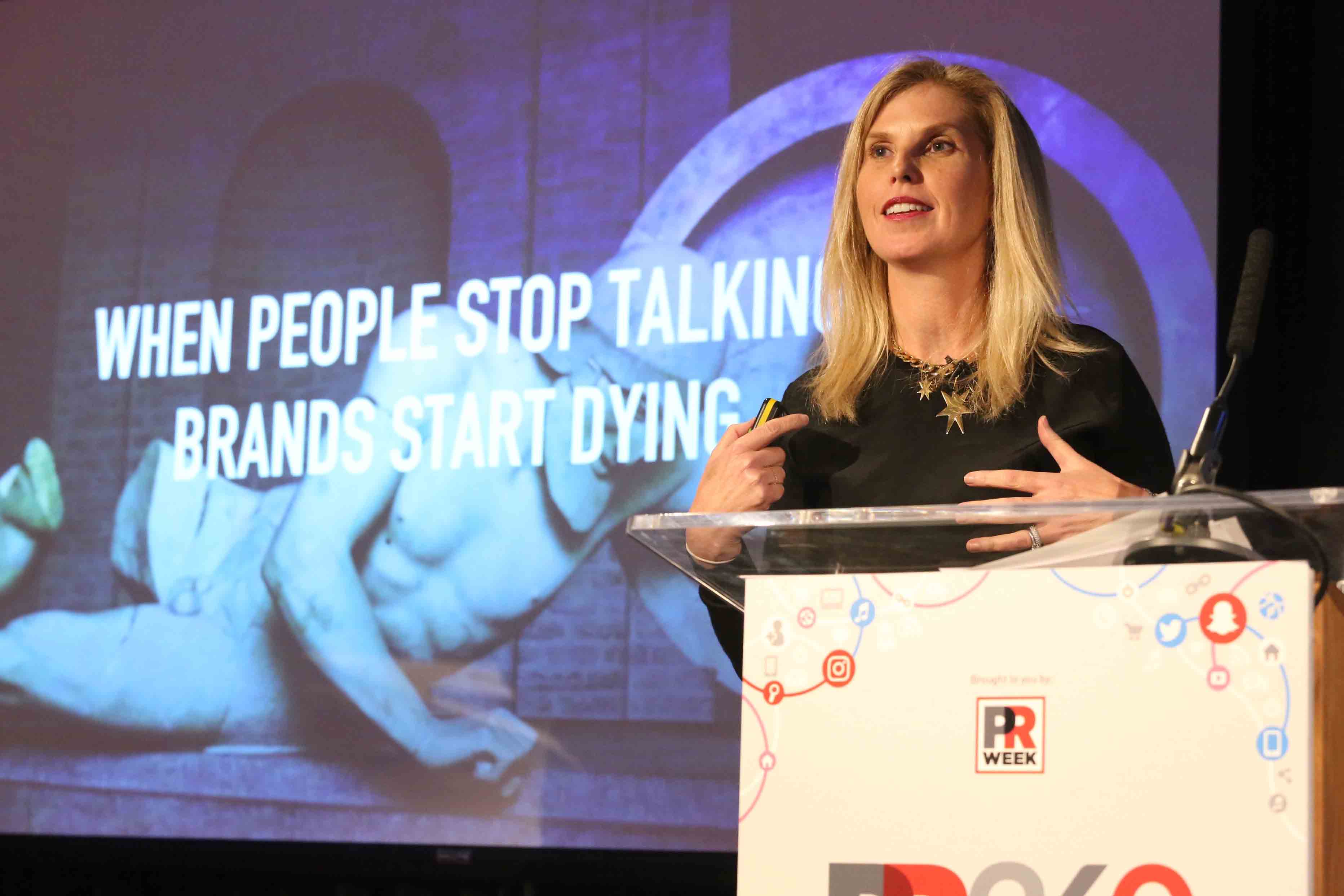 2) 'Tick box' diversity must be challenged

Industry diversity initiatives often resemble a ‘tick box’ approach that fails to make a difference, the conference heard. Jennifer Thomas, head of internal comms and experience at Direct Line Group, was reacting to recent PRCA Census data that found that men in PR earn an average of £9,000 more than women, and 64 per cent of board roles are held by men.

Thomas said there was "still a long way to go" on diversity.

"I think [the industry is] still uncomfortable about talking about it in the boardroom, in the exec room. I think there’s still a lot of box-ticking and businesses thinking they are doing things, having initiatives, and moving the dial. But the reality is, when you look across the business, nothing has changed; mindsets haven’t changed, culture hasn’t changed. They are almost giving themselves comfort in the discussion and not really tackling anything that actually matters." 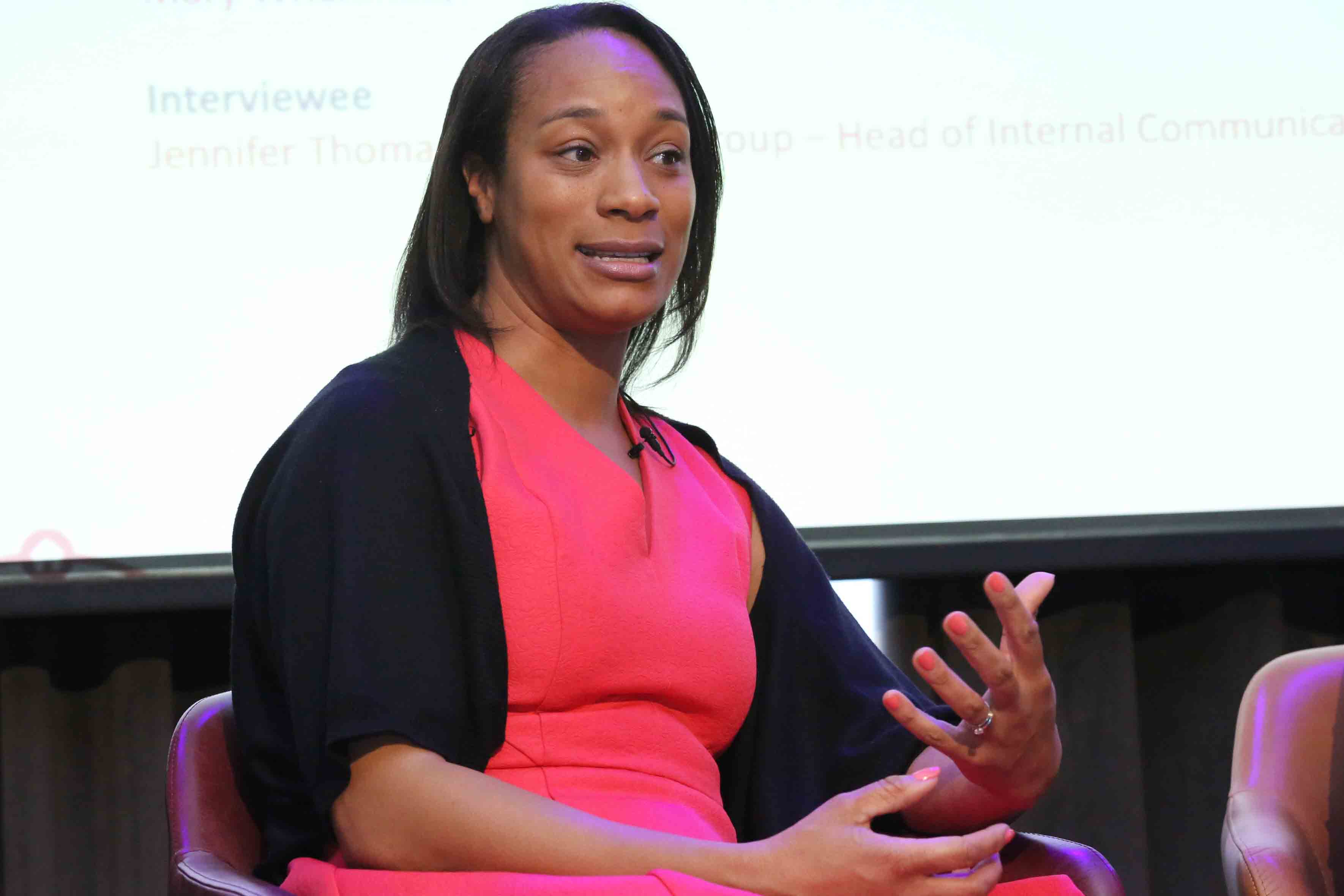 Journalist and broadcaster Harriet Minter said the definition of "media" seems to change every day, but cautioned against assumptions that radical change is imminent.

Also speaking on the panel about the future of media, BBC News executive editor Sam Taylor said the press release now had "very limited use" and shouldn't be considered a key component of the PR arsenal.

"The exception to this is when you are running a really big event and need to supply lots of vital operational detail," he said. Taylor instead pointed to nurturing relationships as a "crucial" cornerstone of the new media landscape. 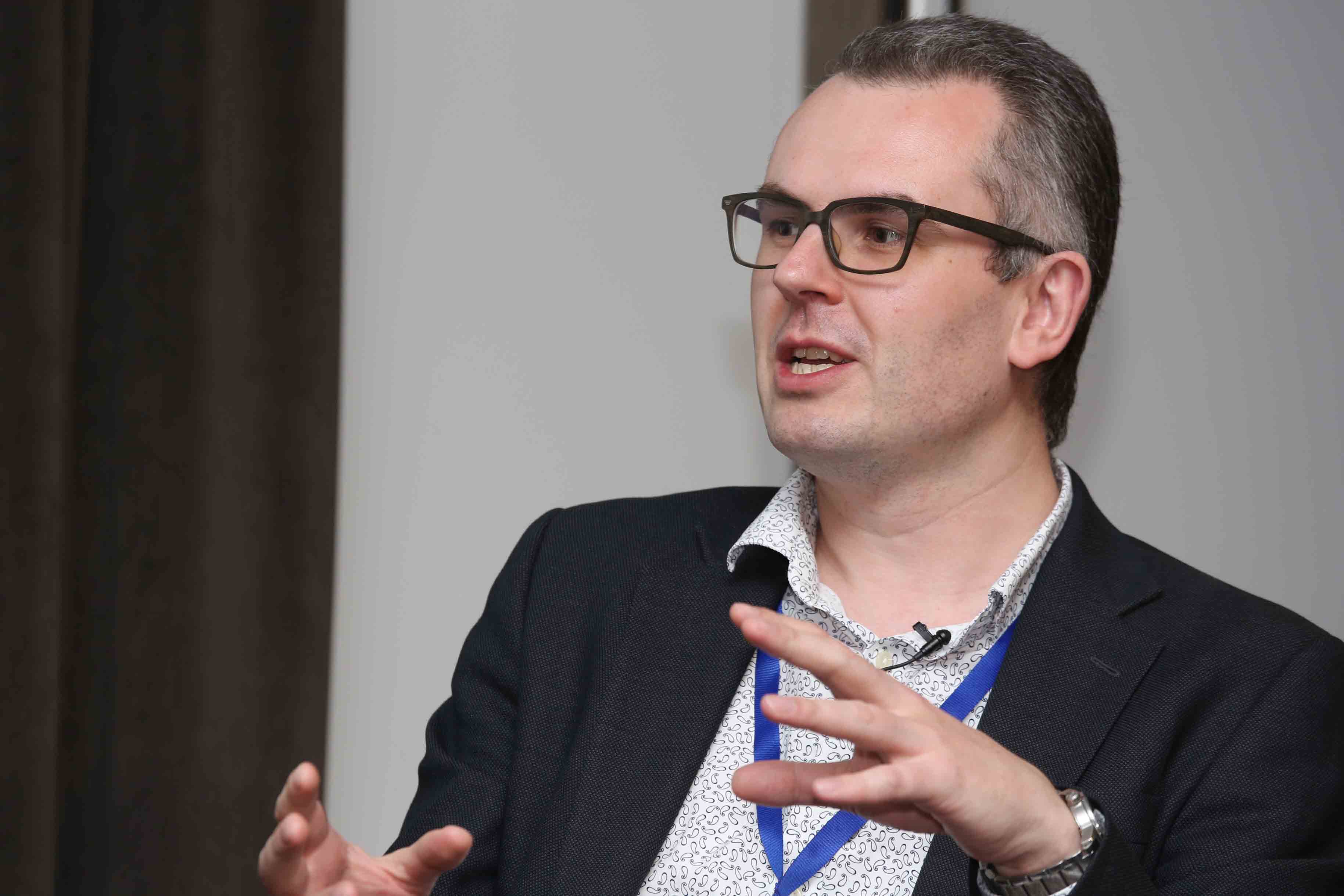 PR needs to "stick up for journalists" who are "under attack", said Golin co-CEO Matt Neale.

"I saw a horrible chart the other day which showed the decline of local journalists versus an increase in corruption of local politicians because it’s people who write about this which keep them in check.

"I have two daughters and I would love them to go into journalism. Much as I love this industry - the world is well served by comms experts - I think we need more journalists. It is a worry for many reasons. In the past we had an adversarial role (with the media) – now I think we need to stick up for them and support them because they have such an important role in society and they’re under attack due to some bad practice in a few places which is unfortunately tarnishing a lot of the industry, and that’s worrying." 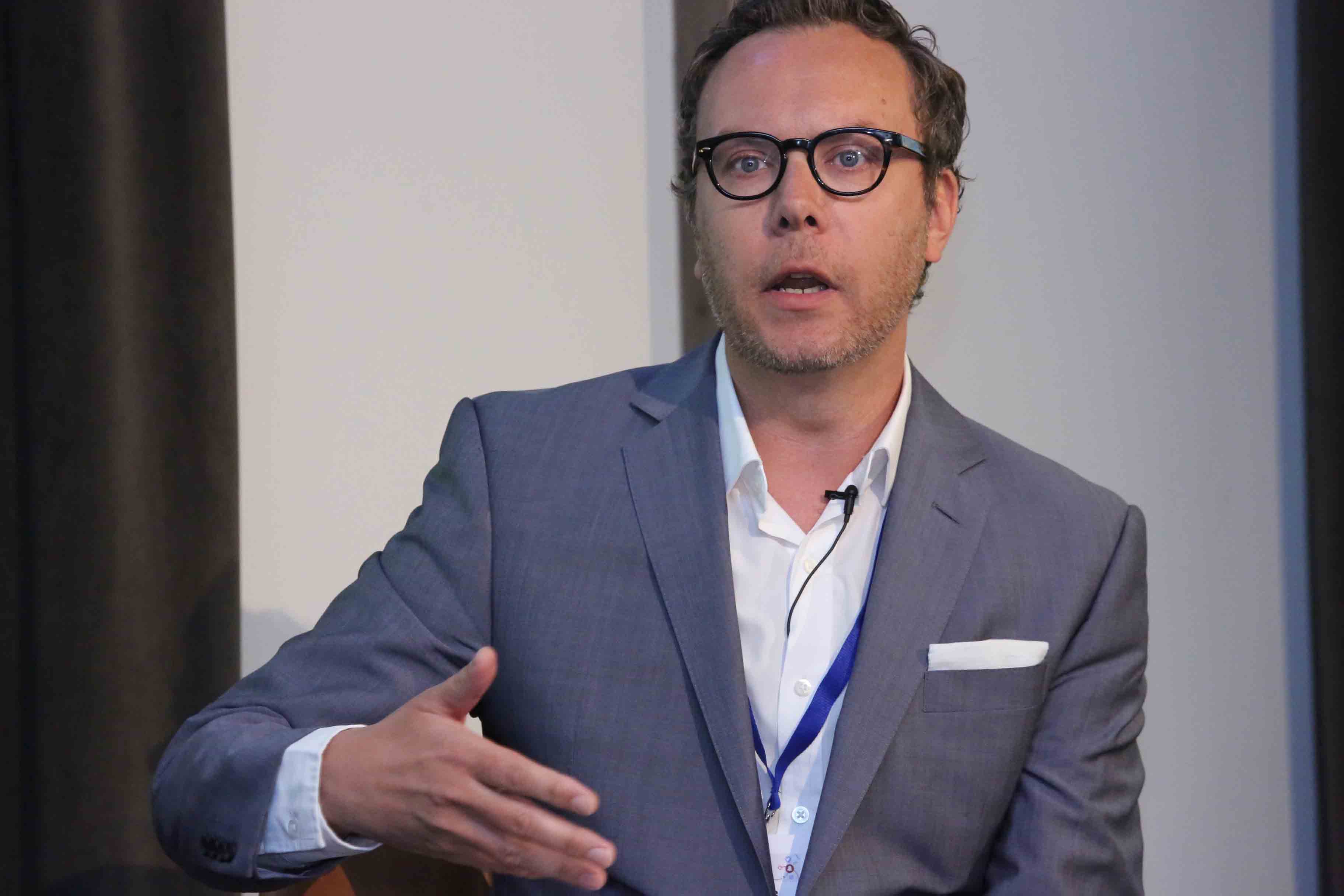 Also alluding to the rise of ad blockers, Cision product director Tom Ritchie said the comms industry must adapt by providing consistent messages "wherever, whenever and however" people consume content.

Ritchie also said trust had "taken a knock" among consumers in recent years and urged delegates to "see what a celebrity running the US" would do to trust in the years to come. 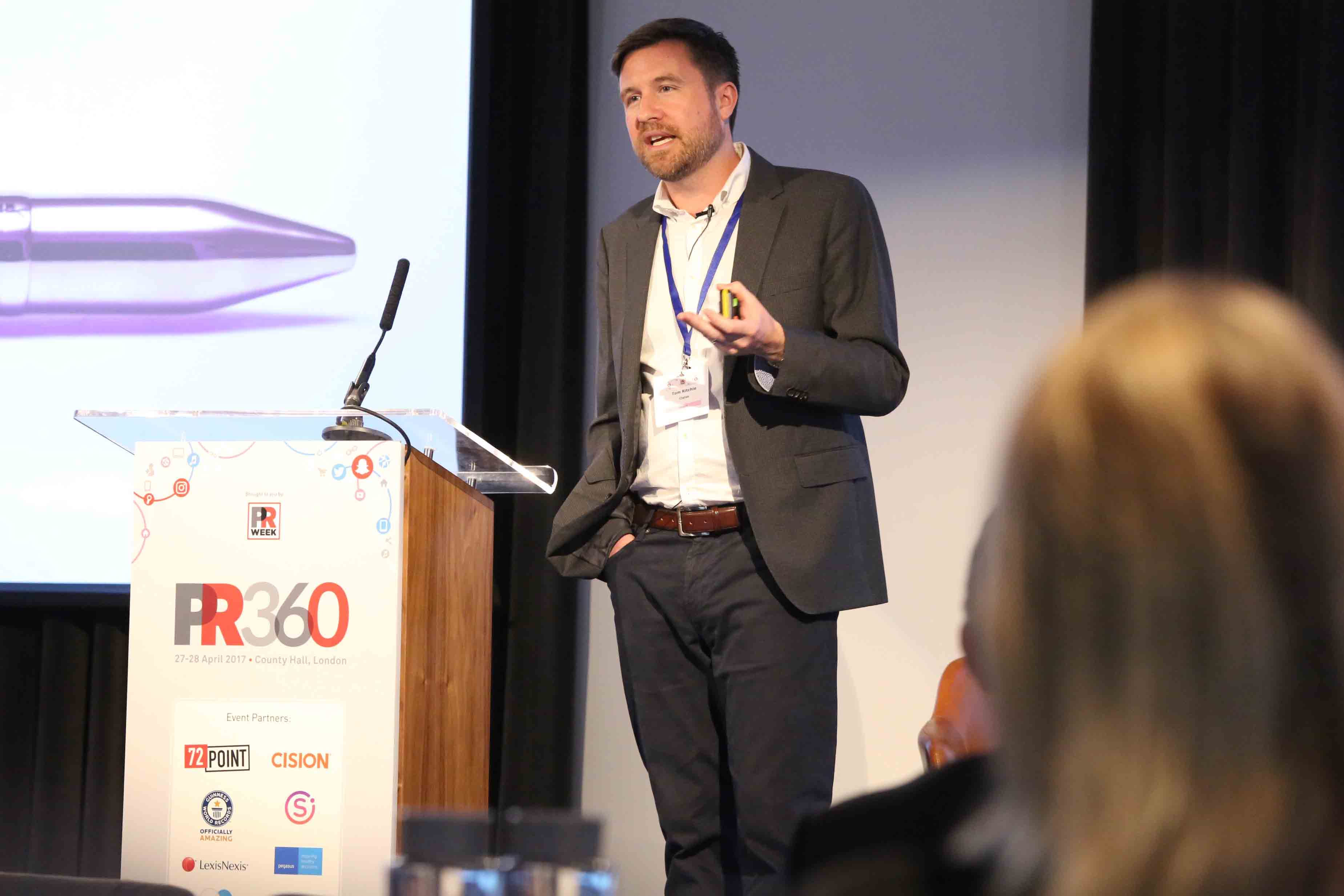 Finally, PRWeek diarist Flack also noted a case of cruelty to comms pros, and a call from Save the Children to save the content.