"When marketers say: ‘We need some content’ – you can just replace the word ‘content’ with ‘shit’ if people don’t know what they’re going to say." Lisa Jedan, global head of brand PR at Bacardi-Martini, talked at the Brand Film Festival – Campaign and PRWeek’s inaugural celebration and awards on all things branded film. The session was about how to create cut-through with a branded film.

Jedan continued: "You need to know what you want to say. What’s the narrative on this film? How do you draw people in and engage them?" Alongside sat Shavaun Glen, chief communications officer at Motor Insurers’ Bureau, and James Myers, global managing director of comms agency TVC.

Myers explained: "The difference between above the line and creative brand film is authenticity. We are focussed on telling a story to our audience that engages them as opposed to shoving a branded message to them straight away. The branding is secondary to the story."

Glen introduced MIB’s ‘Get Protected’ campaign, a cheeky adolescent tale of not being insured... or prepared. "Your story has to have a purpose. To tell a story you want to get your audience listening and participating."

For Glen, trying to get a younger audience thinking and talking about insuring your car (or the perils of not) was the challenge. She explained by resonating with her audiences’ interests and insecurities, the message got through: "You can see that through their channel noise, through sharing. An advert feels like it is a one-sided message: ‘I want you to go out and buy this.’ This kind of film is a method of dialogue."

Conversation – and confidence
Dialogue – conversation – is a key metric for Glen. That’s how she knows the campaign is working: "We use traditional PR and our own channels – alongside paid – to encourage people to look at the message. Then my team spend a lot of time having conversations with people on Facebook and Twitter about what to do to comply with the law."

For Myers, if you generate earned media, you’ve got the content right: "It’s about having the confidence to know that if you’re going to make a piece of content and a film you don’t need to put any paid spend behind it.

We make films that we can feel confident about going to market with very little spend – or no spend – and there’s still going to be an appetite and audience for that film. That’s how we look at briefs."

It’s an approach Jedan echoed. But she added that you can’t expect your paid creative to have such deep-engagment: "Our approach is editorial first. We are learning that any content that’s living in earned can also live across paid and owned. But it doesn’t work the other way." 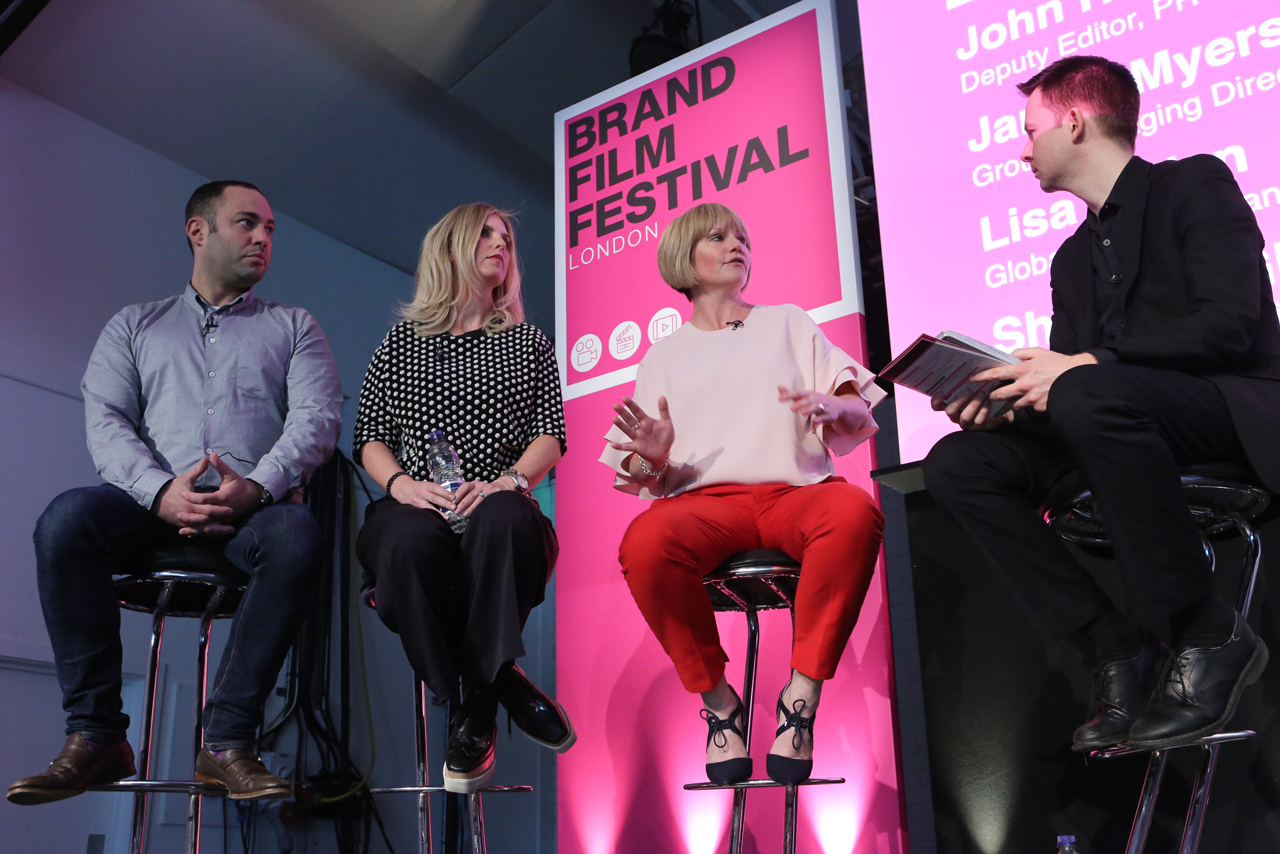 US and THEM
So, when it comes to brand films, who’s better at doing it – PR or advertising agencies? Myers says that the traditional ‘PR film’ has moved more into story telling – brand films are how you earn media coverage: "Brand films are the only way. PRs now have to identify the story and focus on the story not the product."

Focussing on the story, Jedan suggests, is what PR people do best: reacting to the news agenda, nimble production, with a narrative at its heart: "Understanding how people consume these films is important. PR works like a news channel. PR is not as focussed on the creative elements such as who the film maker might be or making sure it’s perfect."

For Glen, however, it’s all about working together. Ad teams know how to get production quality right, show off product features and strategy for media channels.

"But PR know a lot about storytelling. We know a lot about obsessing over our audience, how to get our messages across and how to weave that into a narrative in a film. The two working together is more powerful than saying it US and THEM. We are all trying to sell the same thing."

Jedan concluded that creating films that have traction requires only one thing – and it’s applicable across all brands: "We need to find passion points for our audience."