PR and acting 101, by Drew Barrymore

This week Crocs, which, with apologies to Frog Wellies, is easily Flack’s favourite quirky footwear brand, launched #ComeAsYouAre – a campaign designed to celebrate the uniqueness of individuals and inspire people to be comfortable in their own shoes (see what they did there?!).

So far, so good. Until Flack got a few lines through the accompanying press release, and a quote from ET and Charlie's Angels star Barrymore. She said: "I am who I am. I don’t know how to pretend to be someone else. I only know how to be myself."

On Wednesday, PRWeek and sister title Campaign held the inaugural Brand Film Festival London, which played host to an eclectic mix of the most creative minds the PR and ad industry has to offer. And Flack.

The converted industrial space in East London had more than its fair share of hip outfits, with the broadcaster and journalist Miranda Sawyer, who chaired the event, remarking that the level of creativity could be shown by the number of men wearing smart trousers and gym shoes. But Sawyer also noted the lack of ‘man bun’ hair displays in evidence. A sign of progress, surely.

In one session online music platform Boiler Room and Google Pixel presented their latest bit of work – an immersive VR experience of the German underground techno scene. The presentation took a behind-the-scenes look at how the experiment played out.

Clearly, the Google finance department had been pretty loose on the purse strings with this campaign. Attendees obviously thought so too, with Giles Fraser, co-founder at PR firm Brands2Life, asking Google Berlin culture marketing specialist Ibtisam Omer: "How much did the project cost?"

Omer, pictured below with a VR headset from Google, coolly replied: "It was an investment Google was happy to make." 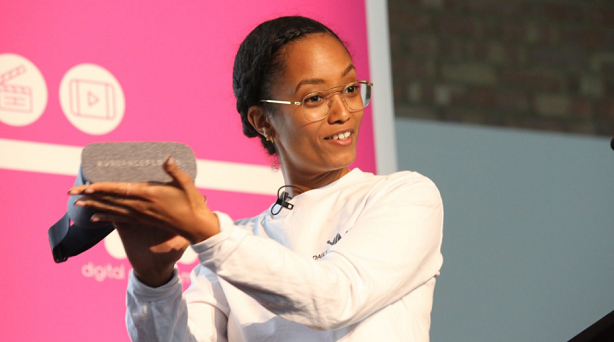 Handbag at the ready over gender pay

Flack was confronted with an arresting image yesterday in a week which saw the launch of Government regulations compelling large organisations to begin gathering data on the gender pay gap, and the campaigns for the forthcoming mayoral elections for the Liverpool City Region move into a new gear.

One of the candidates standing for election - Tabitha Morton of the Women’s Equality Party – sought to put the issue of the regional gender pay gap on the table with a poster campaign voters won’t forget in a hurry. 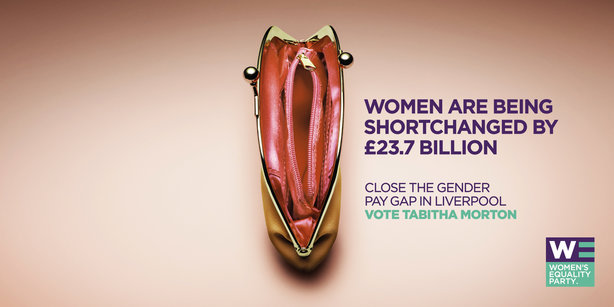 Pepsi: all you need to know

You might have heard that Pepsi released a new ad this week. It didn't go down well, apparently. Much has been written and said about it, but now it's Friday, Flack only really has time for these bang-on observations from the ever poignant and hilarious ad industry spoof, AdWeak.

BREAKING: Seething PepsiCo CMO Demands Answers For Why He Approved And Was Intimately Involved In Kendall Jenner TV Spot

New restaurant is not at all gravy

We open VERY SOON… Our Gravysmiths have their hands full… pic.twitter.com/4zAvTPV7rB

The founders of Gravy Bar, due to open in Manchester this month, were forced to issue "a solemn update" on Twitter this week – that it was, in fact, a hipster-parody hoax – after press coverage of the restaurant opening got out of hand:

Gravy finally getting the attention it deserves. https://t.co/dj06IOLwwq

The pranksters told i news: "We hoped to pick up a bit of a Twitter reaction, but never thought we’d get press attention. Instead we ended up in 30-something articles including French, Danish, Norwegian and Swedish sites."

@gravybarmcr oooh I knew it you bloody tinkers! PR company?

But was it a PR stunt, as many suspected? "We don’t feel like we actually did much in the way of PR or marketing… we just accidentally hit on a concept that sold itself. It turns out that people really just want more gravy in their lives."

Flack raises a jam jar of cask-aged vintage gravy to what turned out to be a massive waste of brillant PR. Probably.

Sometimes Sean Spicer press conferences seem more like a teacher dealing with a group of unruly kids than a president's national media briefing. Which gave US satire and news programme The Daily Show an idea...