Morning routine
After feeding Milton, our new kitten, I usually have a video call with my co-CEOs, Jon Hughes in Asia and Gary Rudnick in Chicago. We make each other smarter. Then I catch the bus or an Uber share across Manhattan. Although I’m killing 100 emails from Europe on my phone, there’s [George] Gershwin in my ears as we cross Central Park. Remember to look out the window. Can I make it here?

Most distinct aspect of my personal office
That I don’t have one. We got rid of personal offices at all levels in the firm. Even Al Golin is on the open-plan. However, I do have a cool photo behind my desk of Al with Ernest Hemingway in Havana.

One thing most people don’t realize about the life of an agency CEO
It makes you feel different. The honor, the expectation, and the privilege. I’ve worked at Golin since 2005 and at Interpublic Group for 20 years, but on the first day as CEO, I felt my life had changed forever. It’s a birth of your first child kind of feeling.

Mentor
Fred Cook has been my North Star for over a decade. He has unrivaled executive vision and is blessed with the curiosity of a teenager.

Best career advice you’ve ever received
Hire people smarter than you. This is remarkably easy to achieve.

Better place to live and work: the U.S. or the U.K.?
The British working culture where work life blends into your social life is something I love. The U.S. is a little more partitioned.

Best place to grab a drink: the U.S. or the U.K.?
We just opened an office pub in New York, The Golin Lion, in a previously abandoned broom closet. It’s the hottest bar north of 54th Street. 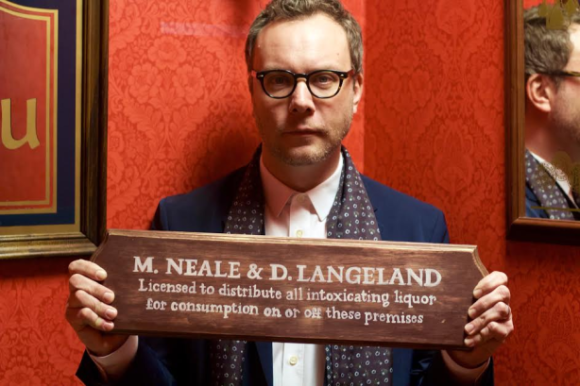 Biggest surprise on your smartphone
That ‘Roger’s Profanisaurus’ is still on there.

First job
After being rejected by the British Foreign Office for a role, I landed an assistant account executive job with Weber Shandwick.

TV guilty pleasure
[Golin Midwest President] Ginger Porter, my favorite Texan, got me into Friday Night Lights, which is about God, family, and football. A much-needed education for this gym-dodging atheist.

Book I’m reading
I have three: The Richer Sex, by Liza Mundy; a biography of Tony Bennett; and The Count of Monte Cristo by Alexandre Dumas.

Ideal day off
Going to Glastonbury with my wife. Radiohead and the Foo Fighters are headlining this year!