Howell has spent more than 30 years working in internal sports PR and media, having spent the past two years as head of digital for F1.

He will report to Sean Bratches, MD of commercial operations at F1, who is one of a new three-man leadership team for the sport in its new structure after its acquisition by US-listed Liberty Media, which was completed last month.

Bratches is one of F1's new leadership trio under Liberty, which, upon acquiring the organisation, appointed Chase Carey as CEO, and F1 technical veteran Ross Brawn as MD of motor sports.

F1 has been working with Edelman over announcements and interviews relating to the transition.

Also see: Liberty Media has the opportunity to open up F1 sponsorship to female-centric brands

Bernie Ecclestone, who had previously been the public face of the sport, having led F1 for four decades, is now in the role of chairman emeritus, in which he will "be available as a source of advice for the board of F1", but will be less actively involved as the sport looks to create a new era.

Bratches said: "As we embark on an exciting new chapter in Formula 1’s history, Norman brings a wealth of knowledge and perspective to the newly enhanced leadership team.

"His extensive and demonstrated experience leading communications strategies for many of the world’s most prestigious motorsport brands, together with his background as a journalist and social media specialist, align well with our objectives to broaden Formula 1’s appeal and proactively engage the marketplace to elevate the exciting changes that we are envisioning and implementing." 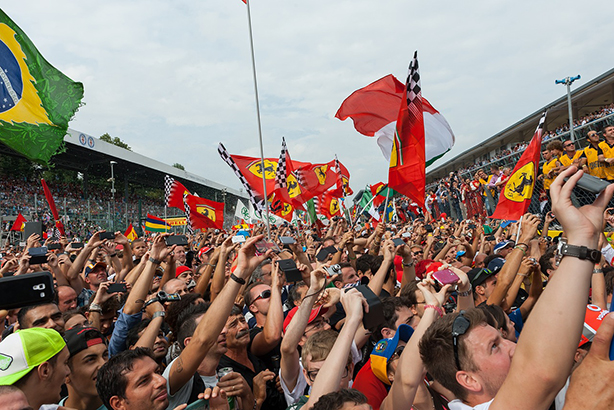 Howell wants fans to 'get closer to the action' in the new era of F1 (©Angelo Giordano, via Pixabay)

Howell's previous employers include the Federation Internationale de l’Automobile, car manufacturer McLaren and the Ultimate Fighting Championship. He started his career in journalism, working first at The Sunday Times, and later MSN.

Howell said he was "delighted" to take on the new role, going on to say: "Formula 1 has an exciting and innovative vision for the sport. We want fans to get closer to the action on and off the track, with new levels of entertainment and engagement. If we can do this, Formula 1 will continue to be one of the biggest sporting brands in the world."