The closely fought contest between PRWeeks's five favourite campaigns in January was won by Resident Evil 7: The Experience, receiving 610 votes from a total of 1,244. 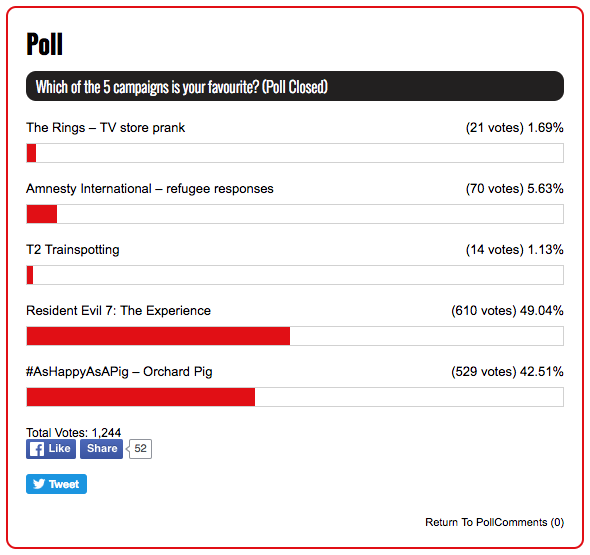 M&C Saatchi PR and its events division M&C Saatchi Experience teamed up with immersive theatre specialists Bearded Kitten to create a terrifying experience that mirrored the new game in a dilapidated east London house. A handful of brave participants were faced with puzzles, clues and unexpected interruptions from the Resident Evil world. With The Experience, M&C Saatchi PR created a campaign that cleverly exploited the terror entrenched in the games - and proved horror is not just for Halloween (and gave them some good video content).

Five Campaigns We Liked in November – your winner revealed

Five Campaigns We Liked in October – your winner revealed