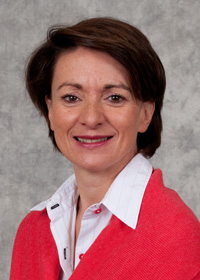 She replaces Nicolas Bouvier, who was also MD for France. A six-year veteran of the firm, Bouvier became a partner at Brunswick in Paris in December.

APCO has also taken on Nicolas Castex to succeed Bouvier as France MD, overseeing the Lyon and Paris offices. Castex founded Citigate Dewe Rogerson's Paris office in 2004 and had served as managing director ever since.

A long-time APCO servant, Boussagol has led the Brussels operation for three-and-a-half years, prior to which she was MD for France.

According to the PRWeek Global Agency Business Report 2016, APCO has nearly 700 staff and is the world's 18th largest PR firm.