The UK’s 15th largest tech PR firm CCgroup has been appointed by mobile capture and identity verification software provider Mitek to handle its UK PR activity, as part of the company’s decision to expand into Europe and beyond. As part of the brief, CCgroup will run a press office to target platforms that influence financial institutions, fintechs and payment organisations. The agency will also run an analyst relations programme and content-led lead generation campaigns to help drive sales.

Fresh fruit and veg provider Dole has called in Threepipe to help launch two new products – frozen fruit pouches and resealable fridge packs - via an integrated PR campaign consisting of consumer and trade media relations, as well as sampling and experiential activity. The campaign is part of a wider integrated marketing push that includes TV, social media and influencer outreach. 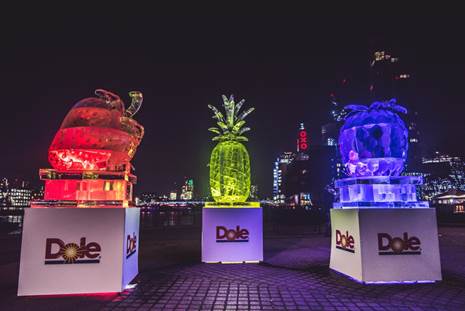 Red Lorry Yellow Lorry (RLYL) has been appointed by data analytics specialist Aquila Insight as its retained agency. The Edinburgh-based company has tasked RLYL with increasing brand awareness outside Scotland and positioning the business as a data innovation leader in key vertical sectors such as retail and telecoms.

Members of the PRCA’s PR and Communications Council have elected Jonathan Chandler as vice chairman for 2017. Chandler, who is a partner at business management consultancy ReputationInc, will work under Molly Aldridge, M&C Saatchi CEO, who was promoted to council chairman last month. Both will begin their new roles as of 1 January, with Chandler then taking over as chairman for 2018. The council, the PRCA's think tank, elected 49 new members in November, following an election process in which more than 1,500 votes were cast by members of the trade body.

Hill+Knowlton Strategies UK has appointed former news and current affairs journalist Zaiba Malik as a director in its Issues + Crisis Management Team. She worked as a journalist for more than 20 years, for the likes of BBC News, Panorama, Radio 4, Channel 4 News and Dispatches. Malik joins H+K from Grayling.

Henry Burkitt, formerly head of government affairs at Novartis UK, has launched his new healthcare public affairs agency Oxygen. Burkitt, who worked at Novartis until 2010 and has since operated as a freelance consultant, principally working for Pfizer, is in the process of bringing in its first two employees, and has secured the services of physician and TV personality Dr David Bull as an associate.

Common Industry has announced a partnership with luxury watch firm HERM Studio ahead of the launch of its winter collection. The agency will provide brand communications strategy, partnership and PR support.