The highest-paid directors of Weber Shandwick UK (listed as CMGRP UK) and Bell Pottinger Private were rewarded with £1.041m and £850k respectively.

Other agencies with notable growth in remuneration for the highest-paid director in 2015 include Freuds, up from £140k to £301k.

However, there were major declines in remuneration for the highest-paid directors at agency holding companies including Daniel J Edelman (down 26.1 per cent to £218k) and Golin/Harris International (down just over 50 per cent to £224k).

Kingston Smith pointed out that for Lansons, this figure is the profit share of the profit attributable to the member with the largest entitlement. Lansons stated: "Lansons is a partnership and Kingston Smith have confused how its partners profits are distributed. The real figure for highest earner is less than half the figure they have estimated."

See below for the full remuneration table: 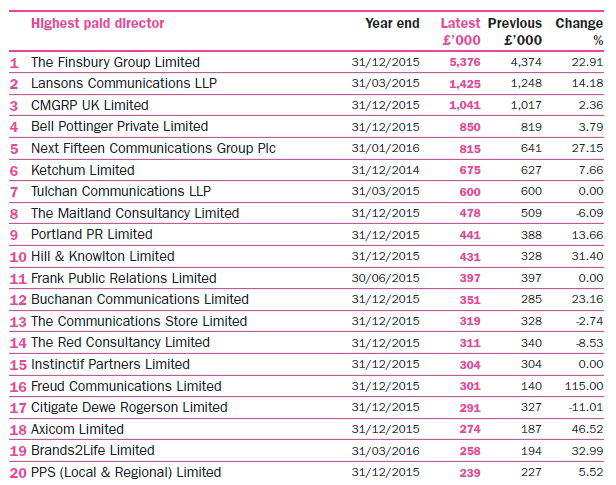 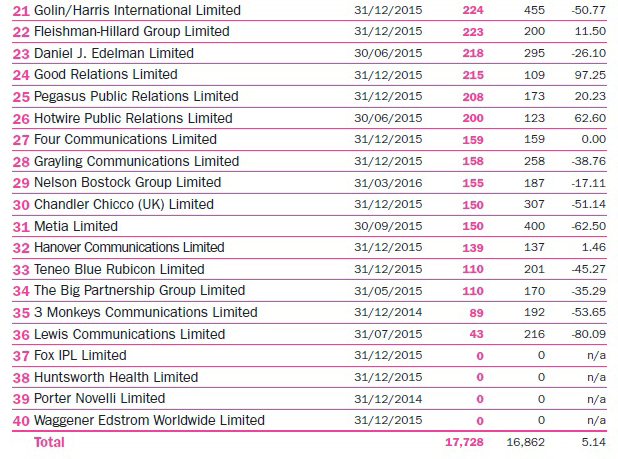