By far the most noticed story this month is the pricing dispute between Tesco and Unilever. 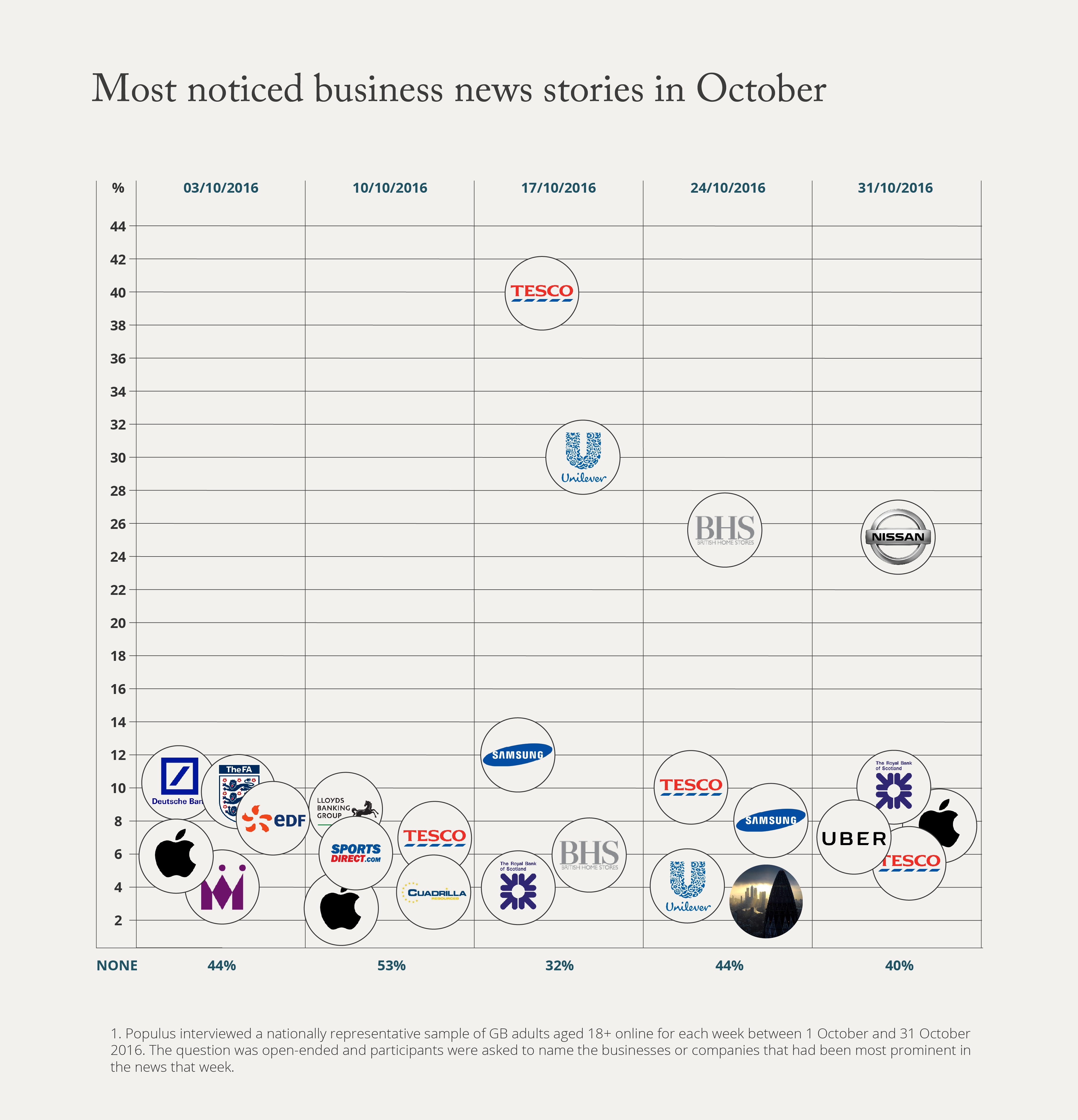 The background to the conflict is a 16 per cent drop in the value of the pound against the euro since the Brexit vote with most analysts expecting the British currency to fall even further. As the pound devalues, companies that earn their profits in euros – like Unilever – get pinched. If they leave their wholesale prices in Britain unchanged, the amount that they now earn is 16 per cent less than before the referendum vote.

The situation is even more acute for US companies because the pound has fallen even more against the dollar, by 19 per cent. In this environment, price rises for any product that is made by European or American companies are inevitable – irrespective of where those products are produced. Retail expert Bruno Monteyne from Bernstein Research estimates that food prices could rise by 3 per cent by the end of the year. The British Retail Consortium goes further, warning that a reversion to WTO rules after leaving the EU could lead to a 16 per cent increase in the cost of clothing and a 27 per cent rise in the cost of meat.

To compensate for the steep drop in the value of the pound, Unilever attempted to push through a 10 per cent increase in its wholesale prices on a range of branded products including Marmite, Hellmann’s mayonnaise and Comfort fabric conditioner. Tesco refused to pay and took the relevant products off its website.

Disputes between retailers and suppliers happen every day, but they rarely become public knowledge. So, what’s different about ‘Marmite-gate’?

In this case, the 48-hour dispute had a positive effect on the reputations of both companies involved.

Tesco scored a big win with a very public demonstration that it is the customer’s champion fighting to keep prices low. YouGov’s brand reputation score for Tesco has jumped 5.2 points since the story broke. The news is also a welcome respite from coverage about losses and pension holes.

Unilever, which, like all multinationals, has hedged against currency fluctuations for the rest of this year, has also scored a win. It has given notice that price rises are coming. The manufacturer won’t feel the pinch until next year, but by picking a very public fight now it has acclimatised British consumers to looming price increases and minimised the chances of a backlash in 2017, when it really matters to the business. If consumers hadn’t picked up that prices of their favourite products were set to rise as a result of the devalued pound, this engineered spat with Tesco has pushed it into the public consciousness.

So, everybody wins – except for consumers. At least they’ll have a little time to adjust to the changing tide of retail prices. Enjoy the last few months of low prices, because the cost of the falling pound will start to bite next year.

And well done to Tesco and Unilever for finding a way to turn impending price rises to their reputational advantage. 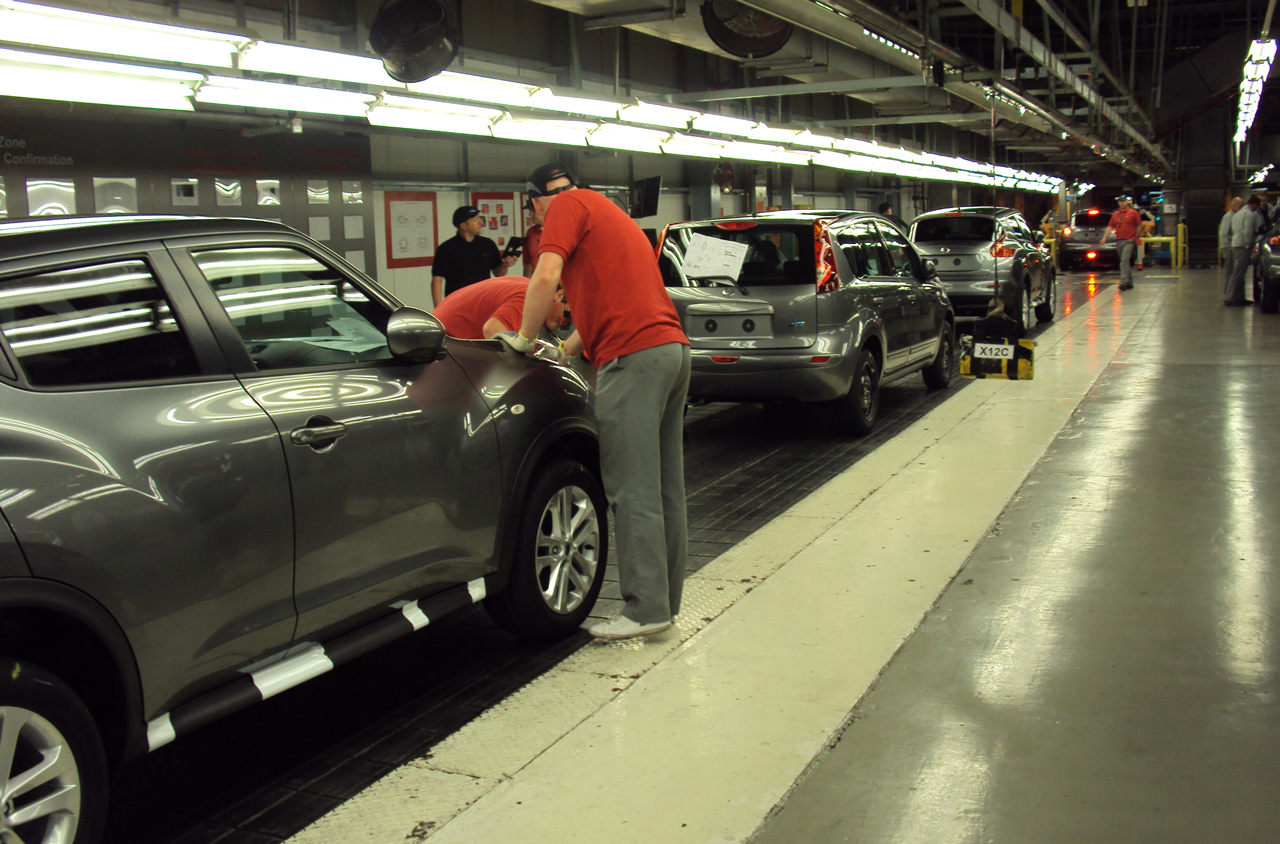 At the end of October Nissan confirmed that it will build its new Qashqai SUV at its Sunderland plant after assurances from the Prime Minister that the company would face no changes in its trading conditions following Brexit.

Though the details of the deal struck by Nissan and the British Government are not public knowledge, the deal has set an important precedent: even before Brexit negotiations have formally begun, Teresa May is prepared to ensure that specific companies are not disadvantaged by Britain leaving the EU to ensure that they continue to invest in Britain.

So what does this mean?

It means that every company with a major stake in the outcome of the coming Brexit negotiations will rush to cut a deal like Nissan’s. It’s already happening. On a recent trip to Japan, Greg Clark, the UK business secretary, met with Toyota and Honda, both of which build cars in Britain. An executive from one of the carmakers demanded a similar deal to that of Nissan, saying that "we must have a level playing field."

The Nissan deal marks the opening of the floodgates. Expect companies across a range of sectors to begin to trigger decisions on whether, and to what extent, the British government is prepared to cut deals to ensure that they continue to invest in Britain.

Banks, many of which employ and support more UK jobs than Nissan, have threatened to move operations offshore if they are not able to ‘passport’ services across the EU. Given the Nissan deal, banks will press the Government for assurances that they will not be disadvantaged by Brexit by setting deadlines for pulling operations out of the UK.

The same is true of airlines and defence companies. They want continued access to the European Aviation Safety Agency, which certifies aircraft parts and negotiates arrangement with other leading markets. Without this assurance, it is unlikely that they will stand by as other companies in other sectors including car manufacturing, financial services, agriculture and tech begin to force the Government’s hand.

Theresa May’s mantra of not showing her hand before the government begins to negotiate Brexit is sensible, but it breaks down when companies force her to make deals before negotiations are completed – because, as the nature of these deals begins to trickle out, they reveal the Government’s priorities.
To keep a grip on the situation and maintain its reputation, the May government needs to start explaining the nature of the assurances that it makes to companies about Brexit and why these assurances are being offered to some but not others.

Without transparency on the deals offered to companies, they may be seen as capricious rather than strategic and driven by the lobbying power of large companies rather than the interests of the country and the economy. May does not want to show her hand, but doing deals before negotiations are completed means that she will have to do so in order to protect the reputation of her government.