The healthcare system remains something of a mess, riddled with inefficiencies and burdened by the industry’s historic aversion to change. Yet, for the first time in years, many execs see a way out of the morass — and it’s the health-tech sector providing leadership and innovation in equal measures.

The technology market may be experiencing a downturn, but according to a Rock Health report, digital-health funding reached $981.3 million in Q1 2016. The sum represents almost 50% year-over-year growth and is the highest first quarter since it began tracking deals in 2011.

Can these technologies and experiences be scaled up in a cost-effective manner? That isn’t likely to be answered anytime soon. Nonetheless, here are three health-tech innovations observers believe are most likely to revolutionize healthcare — economically and otherwise — in the years ahead. 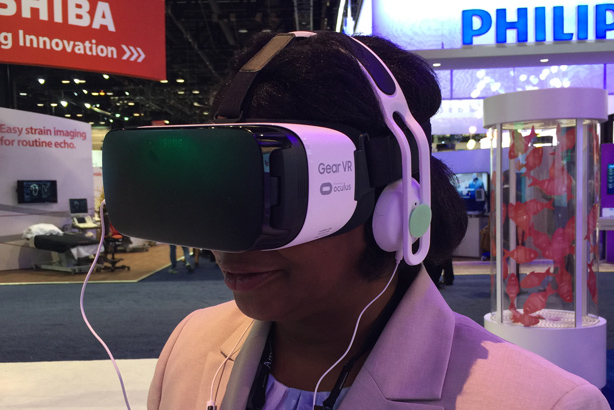 While VR is currently the domain of gamers, it is gaining traction in healthcare. According to a Decision Resources Group study, 18% of U.S. physicians have used VR professionally, 60% are interested in using VR for training and CME, and more than 50% would like to use the technology to learn about new treatments and conditions or at medical conferences.

At the American College of Cardiology’s meeting in April, Boehringer Ingelheim debuted its first VR platform — for Pradaxa reversal agent Praxbind. Developed by Confideo Labs, the demonstration immersed attendees in the bloodstream via a Samsung Gear VR headset. It attracted about 400 medical pros.

The positive response led to the development of a more scalable version of the tech, allowing field reps to disseminate it to more physicians through the use of Google Cardboard and a downloadable app.

"For sales reps, rather than walking into a physician’s office with print material, the Google Cardboard VR experience immediately catches their attention," notes Denise Strauss, former VP of cardiovascular marketing at Boehringer, now VP, head of marketing at Sunovion Pharmaceuticals.

Digital marketing agency Klick Health started investigating how it could apply VR to medical education about two years ago.

"We invested in some concepts we took to market, and it gained such traction that a number of our clients asked us to start working with them on VR experiences," says Keith Liu, SVP of products and innovation at Klick.

It doesn’t hurt that communicating VR’s value proposition to stakeholders hasn’t been difficult, owing in part to Facebook’s $2 billion acquisition of VR startup Oculus in 2014.

"The challenge is maintaining that perception of value as the novelty wears off," Liu explains. "But I don’t think it will be a flash trend like 3D TV. With VR, people feel it. They see it. There’s a level of immersion that translates to value."

According to BCC Research, the global nanomedicine market was valued at $248.3 billion in 2014, and is projected to reach $528 billion by 2019. Among the biggest — and most unlikely — innovators: Australian biotech vaccine developer Vaxxas, which has raised a total of $40 million in equity funding to accelerate the commercialization of the Nanopatch, a needle-free vaccine patch.

Made with thousands of vaccine-coated micro-projections that permeate the outer layers of the skin with the help of an applicator device, the Nanopatch is designed to replace needle and syringe injections. It requires only 1% of the dose of a needle vaccine and does not need to be refrigerated. This renders the Nanopatch easy to store and transport — and cheaper, claims Vaxxas CEO David Hoey.

"The best way to think about how nanotechnology plays into the development of our device is that the concept of a very high density micro-projection array couldn’t be physically created without using the nanolithography equipment that makes computer chips," explains Hoey. "Instead of making nanoscale circuitry, we use deep reactive ion etching to make tens of thousands of very short projections that are invisible to the naked eye on our patch."

In 2012, Vaxxas granted Merck an exclusive license to use the Nanopatch for the commercial production of an undisclosed vaccine.

"The key for us is learning how to adapt industrial-scale manufacturing approaches to produce the very fine features of the Nanopatch," Hoey says. The company expects the first Nanopatch to hit the U.S. market in 2022 or 2023. 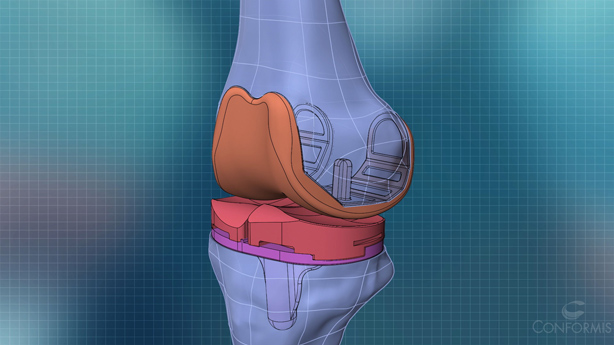 Drugmakers and medical device companies have quickly embraced 3D printing technology for a wide range of uses, among them the creation of customized medication, prosthetics, organs, and implants. The first FDA-approved 3D-printed medication has reached the U.S. market: Aprecia Pharmaceuticals’ epilepsy medication Spritam, which employs 3D printing to create a porous pill that is easy to swallow in high doses.

Meanwhile, Aprecia has an exclusive partnership with inVentiv Health to sell and market its 3D technology.

In the medical-device field, companies such as Open Bionics are developing 3D-printed hands and arms for amputees that cost between $100 and $200 — compared to $5,000 to $50,000 for conventional prosthetics, according to a Deloitte report. Another organization, ConforMIS, uses 3D printing to custom-make knee implants for patients.

The implant is individualized for the recipient, explains Beth Best, VP of corporate communications and engagement marketing at ConforMIS. A CT scan is sent to ConforMIS where a 3D wax mold is made to fit the patient’s body part. That mold is used to create a cobalt chromium implant that comes with customized single-use instrumentation for the patient’s surgery.

In addition to personalization, Best says 3D-printed implants have numerous advantages including quicker recovery, cost savings, hygiene, and elimination of the need to stock large inventories.

ConforMIS takes a targeted marketing approach, Best notes. The company utilizes patient stories and user-generated content to deliver its value proposition, which she says is easy for patients to understand.