Comms agency Tin Man organised the stunt for its client ITV, which saw a fleet of London's black cabs transformed into limited edition versions of Thunderbirds 1, 2, 3 and 4 - as well as the FAB 1, Lady Penelope's vehicle of choice.

ITV and Karhoo supported the event through their owned social channels. This included pre-promotion for the cab rides and on-going messages to promote the cars around London and the launch of the new Thunderbirds series, Tin Man said.

The 'ThunderCabs', which could be found at major London attractions such as Madame Tussauds, The Science Museum and The London Eye, cost a flat rate of £1 for any journey within central London.

All proceeds will be donated to The Children's Trust.

Daniel Ishag, CEO and founder of Karhoo, said: "The Children's Trust is an amazing charity, giving children with brain injury the opportunity to live the best life possible, and we can't think of a better place to donate all the proceeds from these one-of-a-kind taxi rides." 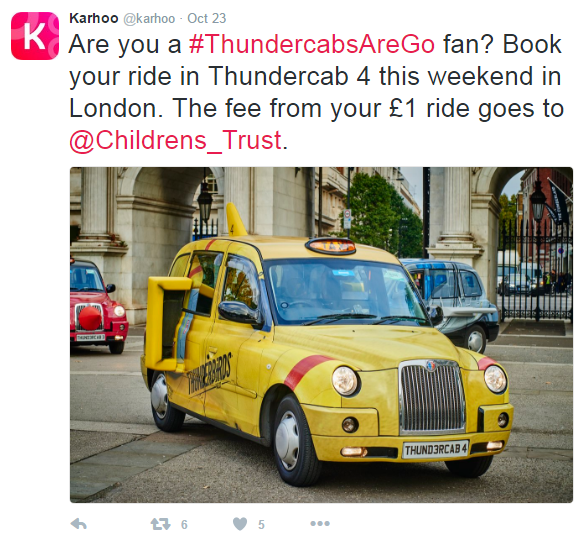