The agency - which is the world's 52nd largest and UK's 16th largest by revenue, according to PRWeek's Global Agency Business Report - has more than 100 staff across its London HQ, as well as bases in Doha, Nairobi, New York and Washington, DC.

The new office will be led by Jonathan McClory, who joined the firm from his own boutique agency Legatus Novus in November 2014. McClory was bought in to found the firm's 'place branding' practice, which aims to help countries and governments build a stronger global brand. 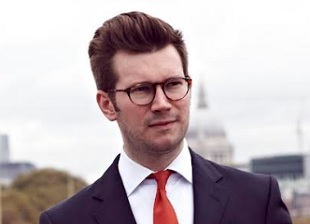 McClory (pictured) said: "We have done a good deal of work in Singapore already and we are delighted to be opening an office there. Establishing a presence in Asia continues our strategy of developing a global boutique firm."

Clients of Portland include the governments of Kazakhstan and Qatar, as well as the All England Lawn Tennis Club, Coca-Cola GB, Network Rail and, topically, Heathrow Airport.

PRWeek revealed last week that the firm's parent company since 2012, Omnicom, will be taking full ownership of the business by 2019 - currently 19 per cent of shares are owned by Allan and the firm's employees.