Tim Bell, former right hand man to Margaret Thatcher and founder of Bell Pottinger, was inducted into the Hall of Fame by fellow Conservative peer and PR man Lord Chadlington at the awards ceremony at Grosvenor House in London’s Mayfair, in front of 1,000 communications professionals.

Lord Chadlington said: "Tim is so charming that, as his biographer says: 'Dogs cross the road to be patted by him.'

"Everyone in this profession owes Tim a debt of gratitude. He proved the value of PR to chairmen of big companies, politicians, journalists, presidents and so on and he expanded the use of PR in elections, campaigning, inward investment etc. As a direct result, particularly the younger professionals in the industry, can now look forward to glittering future in their careers. This is a direct result of Tim's influence.

"Others may have made a lasting impact on our profession but nobody - other than Tim Bell - has changed its fundamental paradigm."

Bell said: "I am extremely flattered to receive this prestigious accolade. It makes all the work over the years worthwhile. Thank you to Danny and the PRWeek team."

He was to become one of her most valued aides and trusted friends, masterminding the 1979 general election victory and two more subsequently.

He set up the Lowe Bell consultancy during this period, with legendary ad man Frank Lowe, before founding Bell Pottinger in 1987. The agency was for many years the biggest PR consultancy in the UK and continues to be a one of the country's largest, today employing 200 staff.

In August this year Bell Pottinger announced that Bell would like to step back from the day-to-day running of the business. Rather than retire , he said he would continue to provide his personal advice to clients through a new strategic consultancy, called Sans Frontières.

PRWeek editor-in-chief Danny Rogers said: "Tim is the founding father of the modern British PR industry. His political communications work professionalised the genre and his agency Bell Pottinger has long been one of the biggest beasts in the corporate jungle. Tim has a unique charm, intellect and persuasiveness that continues to win him respect and powerful clients."

Each year PRWeek UK will induct a new member into the industry Hall of Fame, based on their impact on, and contribution to, the UK PR sector.

Last year the inaugural inductee was Matthew Freud (below), founder of Freud Communications. 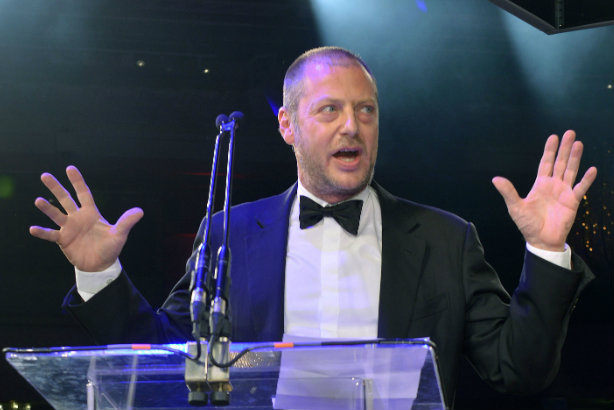