The Veg for Victory campaign "aims to highlight the existing evidence in support of a 'vegetables first' approach to weaning", according to Mark Cuddigan, Ella’s Kitchen UK managing director.

"We are therefore calling on Public Health England to review its current weaning guidelines to reflect the latest evidence, which supports a vegetables first, vegetables frequently and vegetables in variety approach, as this is a simple step that mums and dads can take, to help little ones develop a healthy relationship with food from the very first taste," he went on to say.

To support this aim, the firm's PR agency Mischief had a group of youngsters deliver the blocks to the Department of Health (below), along with a whitepaper (called a 'Greener Paper') - stopping en route for a photo opportunity on the other side of Westminster Bridge (above). 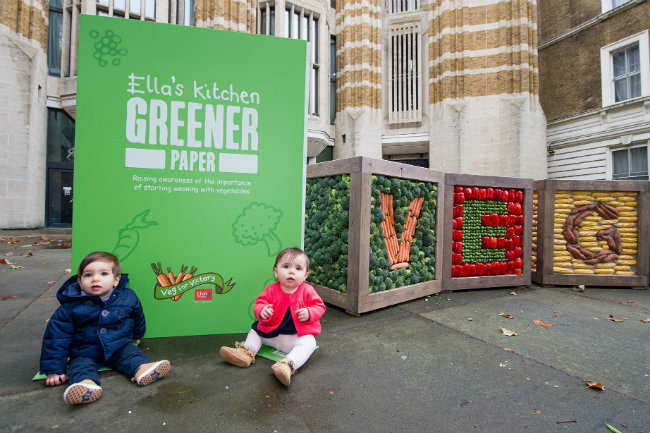 After a photoshoot outside the department, the blocks were deconstructed and the vegetables disposed of in sustainable methods, being sent for anaerobic digestion or composting, said Mischief, which started working with Ella's Kitchen since 2011.

Nishita Assomull, associate director at the agency, said: "With the rumblings of change already happening, we can’t wait to see where the campaign goes."

PLMR MD Elin de Zoete said the agency was "encouraged by the traction we are achieving on this vital issue".

Mischief's work with Ella's Kitchen is one of the nominees at next week's PRWeek UK Awards.

UK-founded Ella's Kitchen is owned by The Hain Celestial Group, a US group whose other brands include Linda McCartney, Sun-Pat, Tilda and New Covent Garden Soup Co. In the UK, Hain Celestial is known as Hain Daniel. 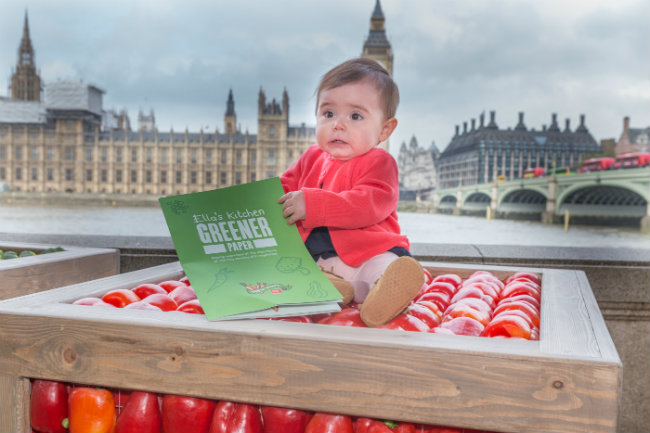