When I started out 30-plus years ago, as an indentured reporter in South London, the rules seemed pretty clear.

There were journalists, and there were PRs, and almost all of the latter had formerly been the former.

If you dug a little deeper, as we occasionally did over a few beers, you’d learn that the head of comms at this-or-that institution was a grizzled Fleet Street veteran.

There was often a whiff of abused livers, broken relationships and burnt-out careers floating about such characters.

To us Bright Young Things, the path ahead seemed clear. You’d either make it as a journo on the nationals, possibly even on TV, or you’d crash and burn, condemned to see out your days in a zombie-like existence as a PR.

We took their press releases, allowed them to buy us that beer, and gave them our barely concealed contempt in return.

The 'Hacks vs Flacks' survey: Half of PRs don't cut it, say journalists

My first job out of local papers was, astonishingly, not on Fleet Street, although it was around the corner in Farringdon Road.

It was a PR agency - but I was still a journalist, I told myself, turning out corporate newspapers and magazines for the likes of Thames Water and Barclays Bank.

The first of the five or six recessions that my stellar career has had the dubious fortune to coincide with saw me made redundant around 1991.

I found freelance work with a local PR agency set up by former journalists on Caterer & Hotelkeeper, and having made some contacts soon found myself also writing for a range of B2B titles.

Since then, I’ve had stints as features editor on Retail Week and food editor on The Publican, and written for dozens of trade and consumer titles. 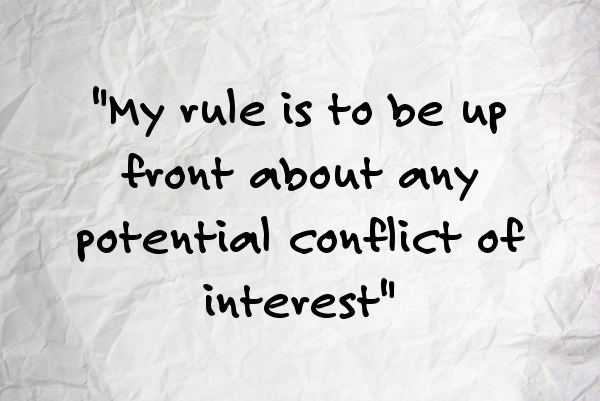 With a PR leaning I’ve also written countless press releases, reports, marketing packs and websites. About five years back and after yet another bout of redundancy, I co-founded a PR consultancy, and thought a higher PR profile might end my journalistic career.

However, while there are a couple of editors who seem to resent my failure to fit their pigeonhole, they’re a minority.

I still write for titles that also use my press releases, and one former colleague complained recently that he was struggling to make any changes to one because "it’s written in exactly our style".

I did explain that was sort of the point, although I know from some of the monstrosities that I get sent that I may be in the minority in aiming for that kind of clarity these days.

My rule is to be up front about any potential conflict of interest.

For the most part, as long as no-one thinks you’re trying to slip something past them, the line between PR and journalism is blurry.

Maybe it always was.

Oh, and the third string to what I call my ‘portfolio career’ and my mum calls ’not a proper job’ is that I’m a fully accredited Beer Sommelier.

So, any journos out there fancy a pint? Contempt optional.