With their book-publishing deals, tabloid profiles and, of course, lucrative brand collaborations, the first wave of social-media influencers are, in some cases, all but indistinguishable from what we would call ‘celebrities’.

But what of the next generation? Who are they, what do they do and what makes them tick? Are they changing the face of PR and marketing? PRWeek took up the challenge of trying to compile a list of 50 influencer stars of the future, in collaboration with Instrumental, which identifies upcoming social-media influencers for brands, and a panel of experts from the PR industry.

Click on this link or the banner below for the full list of PRWeek's 50 hot new influencers.

The aim was to identify the names who have shown the fastest growth or had the greatest engagement in recent months. They must also adhere to PRWeek’s definition of an influencer: an individual or group with no pre-existing fame, running social-media accounts that could be used in collaboration with brands or causes (they need not have worked with brands already). Our focus is the level of influence in the UK although, in certain cases, the influencer may be based overseas. Their channels may have existed for some time but we are interested in recent growth.

Other criteria included having:

To identify the top 50, we chose the top 15 influencers in each of the three categories and added a further five ‘wildcards’ that met the basic criteria.

The final list revealed a clear bias towards influencers who appear on YouTube, so it’s inevitably skewed towards video specialists. However, we have insisted on each entrant having a total social-media reach of at least 50,000 followers, which takes into account other channels such as Facebook and Instagram.

Some of the 50 may become the next Zoella or Jamal Edwards, with brand collaborations a major part of their output. Others, frankly, may wither on the digital vine. Either way, we think this list demands a close look for anyone who wants to be at the forefront of influencer marketing. 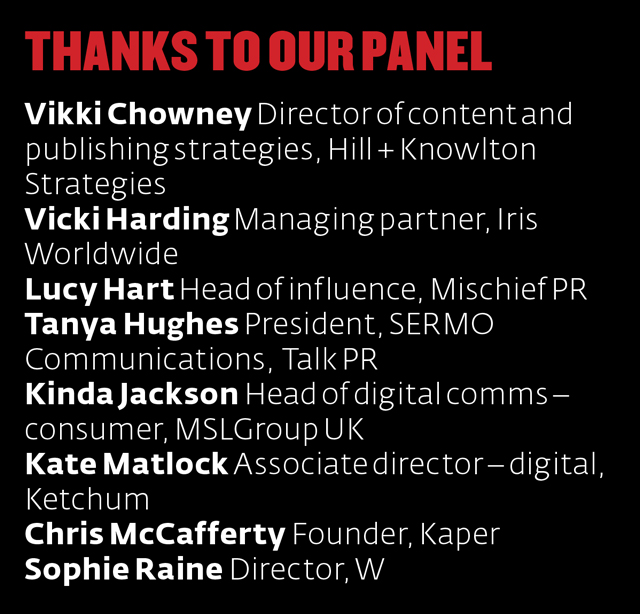