I make no apology for returning to the topic of the #22PushupChallenge and the fight to raise awareness of post-traumatic stress disorder (PTSD) and the fact more than 20 U.S. veterans commit suicide every day.

The challenge has been a slow burner but has really come to the public eye this August, with celebrities such as Dwayne ‘The Rock’ Johnson, Chris Pratt, Anna Faris, Kevin Hart and many others getting involved, numerous serving soldiers, law enforcement officers, and firefighters, as well as everyday blue- and white-collar workers.

The challenge was instigated by a nonprofit called #22Kill, a global movement set up by an organization called Honor Courage Commitment that aims to elicit a total of 22 million push-ups to raise awareness around the issue.

This week I was lucky enough to be able to speak to #22Kill’s executive director Corporal Jacob Schick (retired), a third-generation marine and wounded warrior himself, about the mission and impact of the #22PushupChallenge.

"We’re honored and humbled this has taken the internet by storm," said Schick. "It’s not about 22Kill and our nonprofit. It’s about fighting for the greater good, and that’s what this does. It gives people a simple avenue to help our fight to raise awareness of the fact we lose 22 warriors on average every day to suicide, which is absolutely unacceptable."

As Schick, who is married with two young sons aged five and a half and a month and a half, points out: "Post-traumatic stress and traumatic brain injury don’t just affect the warrior community. It’s a societal issue, not a warrior issue." 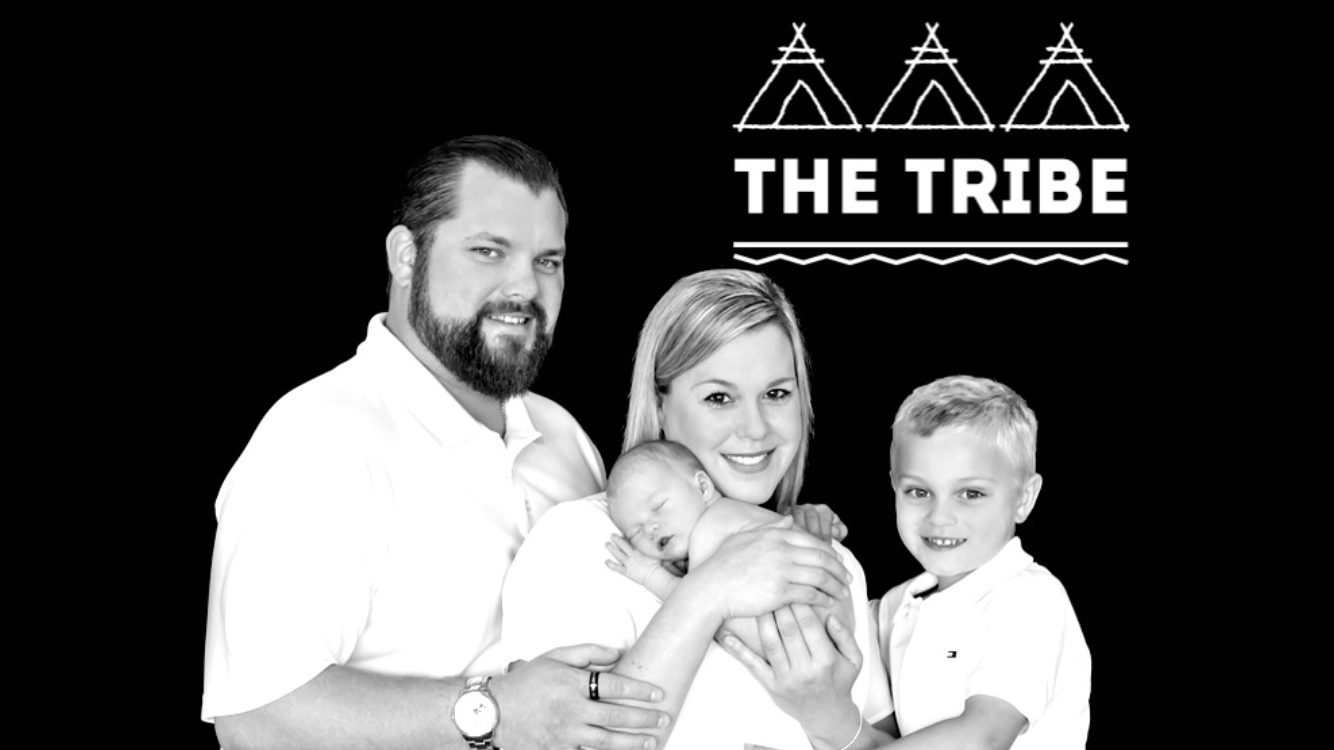 Jacob Schick and his family, who helped him deal with PTSD

Schick was part of 1st Battalion, 23rd Marines, which was deployed to Iraq in 2004. He led his team on a patrol one morning in one of the most dangerous neighborhoods in Iraq that came to be known as the Sunni Triangle, west of Baghdad.

The tank he was traveling in hit a land mine. As the US Marine Corps website describes, the front tire hit the improvised explosive device and Schick was blown 30 feet through the top of the vehicle. He never lost consciousness or went into shock, and so he remembers everything.

He sustained terrible injuries. His lungs collapsed, he lost his right leg below the knee ("I didn’t lose it, I know where it went, but I don’t have it anymore," he notes wryly), suffered multiple compound fractures in his left leg with skin loss, ligament loss, and bone loss; multiple compound fractures in his left arm, losing five inches off one of the bones and part of his left hand; he broke every one of his ribs.

Thus started a lengthy and painful 18-month process of 46 operations and 23 blood transfusions for Schick, but it was the mental effect of the incident and its aftermath that was of more long-term concern.

"I was diagnosed with PTSD and traumatic brain injury, and those are the injuries that keep on giving if you don’t address them properly," he explains. "This affected me greatly and I talked myself out of eating a bullet for over a year. Had it not been for my wife, family, and support network and surrounding myself with people who are flat out better than me, I wouldn’t even be talking to you right now."

Deep in a trough of depression, Schick retreated into himself for the next two years and started relying on painkillers, so he knows exactly what veterans are facing.

"Our thing is, whatever way, shape, or form you can, get help – don’t struggle alone," he says. "This life is absolutely worth living and you only get one shot. This challenge is a prime example of how people can come together and do epic things with the time they have left."

Schick’s philosophy is the living embodiment of the mission behind #22Kill and the message he wants to transmit to those suffering similar problems to the ones he went through.

"I’m one of the very few fortunate and blessed individuals that can say I got a second shot, because what I went through should have killed me," he adds. "There’s no reason I should be alive right now, but I am."

The #22Kill nonprofit didn’t specifically plan for things to take off in August - it happened organically in a similar way to the ALS Ice Bucket Challenge two years ago.

"We’re just rolling with it," says Schick. "We haven’t planned for any of this. It’s been awesome for 22Kill, because there’s no way we can fight this alone. We’re very humbled and honored to have patriots all over the world helping us."

The statistic that 22 veterans take their own lives every day originated in a department of Veterans Affairs Suicide Data Report in 2012. This figure was amended down slightly to 20 suicides a day in a follow-up 2016 report, which also noted that in 2014 65% of all veterans who committed suicide were aged 50 or older.

These stats have been used by some to cast doubt on the whole mission and factual basis behind the awareness-raising movement, and the use of the number 22 within it, something Schick has no truck with whatsoever.

"#22Kill has become a brand and it’s a cause for the greater good," he says. "If people want to judge us by our name, or the number we have in our name, that’s fine. I don’t make time for part-time patriots. Neither will 22Kill or anyone we’re affiliated with. I choose to be a part of the solution, not the problem."

He believes it is irrelevant whether the VA did a study or not and poignantly adds: "We know it’s an issue. I’m sick of going to my friends’ funerals. I’m 34 years old and I guarantee I’ve been to double that [number] of funerals just because of suicide. Not to mention guys I fought next to in Iraq who have done this, and patients I got very close to, Marines and army alike, that have done this. People can tell me all day long that the numbers are wrong, but I don’t give a shit. I don’t care. I’m sick of burying my friends."

As Schick sees it, and it’s difficult to argue with his viewpoint, "You can be a part of the solution, and join the fight. Or get the hell out of the way."

On the issue of many of the suicides being among older vets, Schick says: "There are a lot of Vietnam-era people [taking their own lives]. Are we just going to wait 30 years and address it? No, that’s stupid. Let’s get on top of it now. Let’s figure it out now, and get it done."

As he further points out, veterans aren’t always perceived in a positive light when they return home from the battlefield.

"Our Vietnam-era warriors came home and were treated like garbage. Most of them didn’t even want to be there. Our government told them, ‘you’re going or you’re going to jail.’ If people would take time to understand the political process, maybe we could get further in support for our ex-servicemen and women and understand these guys and gals are doing what they promised this country they would do. Without them how are we going to stay safe and enjoy our country?"

The #22PushupChallenge is a phenomenon that depended on media in all its modern forms to take off and spread.

"Without social media or news media, regardless of whether people like ‘em or not, you’re not going to get a whole lot of coverage unless you were born into billions of dollars," says Schick. "That’s what runs the news cycle. We’re trying to make this as big as possible because it just takes one giant story to make this all go away."

The Rio 2016 Paralympic Games start in Brazil on September 7 and amid the universal bravery on display in this inspiring event, I for one will be particularly looking out for participants who sustained injuries while serving their country.

The U.S. Paralympics website describes how in London 2012, 20 active duty and veteran athletes competed for Team USA. Among those participating in Rio are retired U.S. Navy Lt. Brad Snyder, a swimmer who won a gold medal in 2012 on the one-year anniversary of an IED explosion in Afghanistan that cost him his sight.

Another military athlete is swimmer turned paratriathlete Melissa Stockwell, a retired U.S. Army veteran. Stockwell served in Operation Iraqi Freedom and was the first U.S. female solider injured in combat when a roadside bomb hit her Humvee in April 2004, leading to the amputation of her left leg above the knee.

Like Schick, these amazing individuals are proving day by day that they’re "going to fight this thing" because they can win and they’re worth it. And long may that continue.

"At the end of the day, it’s not about us," concludes Schick. "This life is about what we do for other people. I’ve learned from being a wounded combatant that physical pain reminds you that you’re alive but mental pain tests your will to stay that way. We all need to lift each other up – we have enough negativity as it is."

Around the office with Starbucks’ A.J. Jones