Getting influential people to endorse a brand used to involve little more than plonking a smiling, glamorous actor or footballer in front of a camera and asking them to say a few nice words in return for bags of cash. Well, almost.

But that was before the new breed of home-grown social-media influencers turned the model on its head with their millennial magic.

Tie-ins between brands and social-media influencers have existed for several years (we are defining these influencers as individuals or groups who have built their own following organically via social and digital channels, with no pre-existing fame). But as the market matures, what will the future of influencer marketing look like as the second generation – the ‘new influencers’ – takes over? And what role will PR play in this brave new world?

Let’s start with the present. "There’s barely a client or campaign that we haven’t used influencers for," says Hugh Burrows, head of digital at 3 Monkeys Zeno. "The pace has definitely quickened over the past two years and it’s now rare for us to receive a brief that doesn’t include an element of influencer activity.

"Clients are now far more aware of the opportunity. It’s getting more difficult to drive earned reach in social media because of increasingly restrictive content algorithms, and, of course, the convergence of the marketing disciplines across owned, earned and paid drives integration."

A report by influencer software tool Tomoson found 59 per cent of marketers planned to grow their influencer marketing budget in 2016.

For many, new influencers are simply a lower-cost and more effective alternative to traditional celebrities. According to Twitter, if a consumer sees a branded tweet, their intent to purchase the item grows 2.7 times. If it is promoted by both an influencer and a brand, the intent to purchase increases 5.2 times.

"Celebrities have long been a prominent part of the marketing landscape. However, this can be a costly investment and one that not all brands can afford," says Lynsey Smith, head of The &Collective, who adds that it is "very hard to compete with the digital influencers in terms of channel reach and audience engagement".

Lucy Hart, head of influence and advocacy at Mischief PR, suggests why: "Consumers feel as though they are friends with these influencers. Their videos, their snaps and their open-door policy make consumers feel like they’re accessing authentic advice, tips and recommendation from one of their peers."

The rise of ad-blocking software has hastened a move from traditional celebrity ads to a more collaborative influencer approach. "In addition to gaining reach, what we are actually buying is their ability to film, edit and create engaging content," says Andrew Bloch, managing director of Frank PR.

The biggest global influencers boast an astonishing number of YouTube subscribers – PewDiePie (main image), the Swedish web-based comedian, has more than 47 million. They may lack the overall reach of Beyoncé or Cristiano Ronaldo but, arguably, offer something the superstars cannot – genuine engagement.

And it is not just about size. "Micro-influencers with below 100,000 followers tend to have more influence within their social circle and they also have consistently higher engagement rates than, for example, Katy Perry or Taylor Swift," argues Philip Brown, head of social influencer marketing at influencer agency Come Round.

"Micro-influencers’ opinions are not as often seen as endorsements, offering brands the potential to create trusted peer-to-peer recommendations. Influencers are content creators and storytellers and, therefore, add ‘intimacy’ to a brand." 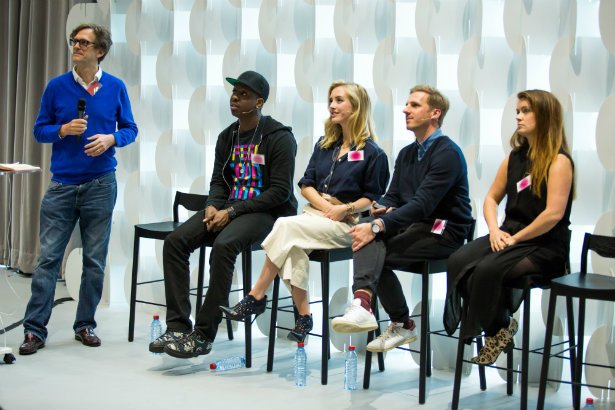 "Authentic" is a word frequently associated with new influencers, who are eager not to damage their own brands with crass tie-ins. At a recent Ogilvy & Mather Group seminar (above), fashion blogger Sarah Mikaela admitted she had her "fingers burnt" by inappropriate collaborations. "Authenticity is the most important thing," she stressed.

Philip Hartmann, head of content at Coca-Cola Germany, speaking at the same seminar, said his company had moved from a reliance on influencer product placements to hiring influencers as hosts on its own YouTube channel, Coke TV. This has created interaction between the brand and the audience far beyond standard product placement. Hartmann added, intriguingly, that young people are "a bit bored of advertising".

But the investment must be justified, which brings us to the perennial question in PR: how to measure return on investment. Bloch says this is a "relatively straightforward process" for influencer marketing. "Effectiveness can be measured via a whole host of metrics, including reach, engagement and, providing the right metrics are put in place, a direct link to sales," he adds.

Smith says measurement is tailored to client objectives: "For example, if a brand has no new product development but would like to stimulate conversations online, we can then measure brand sentiment, awareness and reach through our social listening tools."

There is little in the way of industry-wide norms for how much influencers charge, although, not surprisingly, those with the bigger social-media followings tend to be more costly. Others will be paid on a cost-per-engagement basis.

But should there even be a cost, given that much of the work undertaken by the agencies that spoke to PRWeek does not involve payment to influencers? Is it even PR if payment is involved?

W chief executive Warren Johnson has called paid-for influencer marketing a "bit of a con". "Paying for influence turns it into old-fashioned celebrity endorsement, which is great for awareness but not so good for influence," he argues. "Put simply, it’s the difference between advertising and PR."

Pot Noodle brand manager Lena Portchmouth sees the situation as less black and white. She agrees the genre is becoming the middle ground between earned and owned media, adding: "You see brands pushing it to either end of that spectrum. Some of them go after a lot more earned, and I would say that’s our grass-roots approach. When you’re doing that high-reach campaign push, it probably is more paid. The definition is moving."

Portchmouth says she "struggles" to see the line between influencers and PR these days: "Where someone is talking about your brand, whether it’s positive or negative, that is PR. I personally don’t think of PR as a more traditional form. I see it more as a holistic approach now." 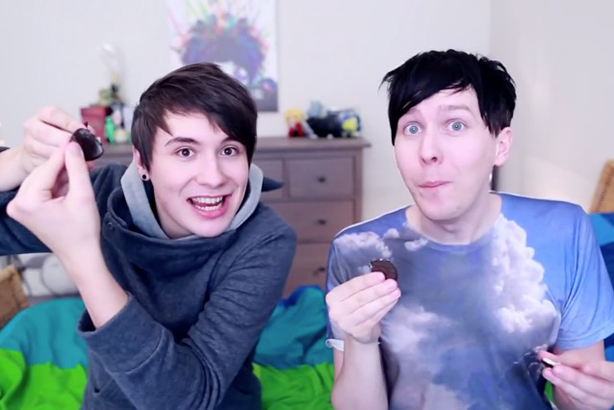 There are certainly pitfalls and challenges associated with influencer marketing – not least the regulatory framework.

Under the CAP Code, enforced by the Advertising Standards Authority, paid-for promotions on social-media channels should include a signpost such as #sp, #spon or #ad. Last year, the ASA said it wanted to create clearer guidelines after banning a YouTube ad for Oreo (above) by vloggers Dan and Phil, who did not make clear they were being paid. In August, influencer marketing agency Social Chain agreed to more clearly label paid-for endorsements as advertising after the UK's Competition and Markets Authority found it had not previously done so.

"It’s inevitable that the industry will become more regulated," warns Jack Woodcraft, managing director of ad agency Latimer. "This will be driven by the major platforms that need to control ad revenues as brand spend moves from pay-per-click and pre-rolls to content engagement."

"This is why we tend to build ‘brand advocacy’ groups with micro-influencers, who have fewer followers but are a perfect fit and are willing to work with a brand on a long-term basis. This turns them not just into content creators but brand advocates."

"Although influencer marketing can be cost-effective, some of the bigger social influencers are charging extortionate amounts of money for limited content, which often does not deliver a return on investment," she says.

"Some of these ‘big boys’ can also feel less credible and authentic, which is the core reason why audiences are put off. We often do not work with them. We also don’t work with influencers who have less than 60 per cent editorial content on their channels."

What other trends lie ahead? There is a general view that the industry will become more professional as influencers become more savvy – and expensive – while developments in technology and social media will also make a big impact. For example, Snapchat is reported to be considering introducing revenue sharing, where brands pay users for content.

Burrows says: "The main changes I think we’ll see are tech-based and in the paid space: increasingly sophisticated platforms that allow the programmatic buying and real-time optimisation of influencer content."

Bloch, meanwhile, foresees more people "cashing in" – agents for influencers or new platforms linking brands with talent. "Influencers will become more selective in what companies they choose to work with and will increase their costs to maintain their earnings," he adds.

Brown expects most PR, brand and media companies to have their own influencer marketing departments in five years’ time. Portchmouth has another prediction. "I think we’ll start to see the lines between channels blurring so it becomes more about the consumer journey and the touch points we need to consider," she says.

Hart concludes with an intriguing thought on what could be a ‘third wave’ of influencers appearing on the horizon.

"We’re looking at influencers beyond people. In five years’ time, virtual reality, artificial intelligence and the internet of things will have become more commonplace – there’ll be new influencers on our behaviour and choices, and we’re getting ready for them."