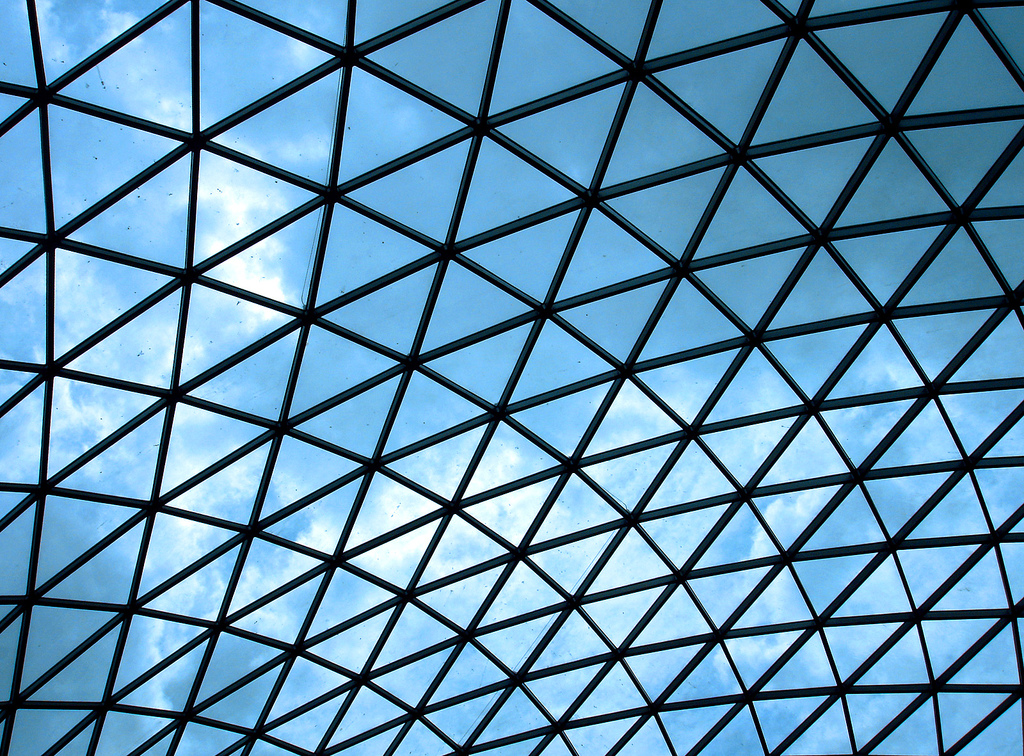 A woman is on track for a global leadership position. One opens up, but the executive tasked with filling that role chooses not to offer it to her because she has two young children at home.

Is this a case of unconscious bias? Or is it just another example of an outdated corporate culture that is spinning its wheels as it aims to meet the demands of a world retiring baby boomers as quickly as it promotes millennials? Does it matter if the female executive in question would have turned down the job anyway?

The answer is yes — all of the above.

Welcome to one of the most pressing issues in corporate America today, and one that is increasingly front and center at advertising agencies, fueled in part by example after example of cartoonishly bad behavior from several of its male leaders.

Earlier this month, Kevin Roberts resigned from his role as executive chairman of Publicis Groupe's Saatchi & Saatchi after telling Business Insider that female creatives often failed in leadership roles. Months earlier a woman filed a discrimination lawsuit against Gustavo Martinez, former chairman and CEO of WPP Group's J. Walter Thompson, after he allegedly made racist comments and told a female employee he wanted to rape her. Martinez also resigned.

"The companies know they are at a point where there is no point for maneuver," said Laurie Cooke, CEO of the Healthcare Businesswomen's Association. "You're on the boat or you're not."

Read more about the issues facing women in healthcare marketing.

But the pathway to parity isn't that simple. There are several schools of thought about what is needed to achieve gender parity at the most senior levels of the workplace. Those differing views may cloud ongoing and future efforts to address both gender and racial disparities, and the more elusive issue of bias in the advertising and marketing sector.

"I'm not going to sit here and say it doesn't exist," said Dana Maiman, CEO of FCB Health. "The more we start to uncover it, the more we realize it exists. It's so ingrained. Implicit bias goes way beyond gender, race, and ethnicity."

The broader FCB network, including FCB Health, implemented unconscious bias training several years ago. It is also moving toward blinded resumes, a strategy applauded last week by the 4As, the advertising trade group.

Other organizations take a different approach. Some people argue that clients should demand better stats about diversity from their agencies. Others say it's the job of the agency — the creative leader — to push their clients to change. "Healthcare agencies are going to lead the frontier," Cooke said.

The HBA, which runs an awards program that recognizes women leaders in the healthcare industry, believes in collaboration between male leaders and the female executives they mentor and sponsor. Then there's the 3% Movement, which seeks to increase the number of female creative leaders in advertising. It argues against quotas and advocates instead for parity as a business imperative.

"It's not about women," said Lisen Stromberg, chief operating officer at the 3% Movement. "It's about the business. It's a business imperative."

Recent research backs up that call. A 2016 survey of 21,980 publicly traded companies in 91 countries found that firms with no female leaders who move toward 30% representation of women in leadership reported a 15% increase in net revenue margin, according to the Peterson Institute for International Economics. (This only applies to profitable firms.)

A double-digit boost in profit certainly makes the case from a financial reporting perspective. What makes parity an interesting challenge for advertisers and marketers, though, is that the issue in this sector is two-fold: Women are also the primary purchasers and clinical decision makers for their themselves, their partners, and their families.

Women make 94% of their own healthcare decisions and 59% of medical decision for others, according to the Center for Talent Innovation, which studies global talent issues. This could include everything from choosing prescription drugs or physicians to how healthy the family will eat.

"In an industry that has women making 80% to 90% of purchasing decisions, you want to make sure your creative team is speaking to the team that represents the end buyer," Stromberg said.

The 3% Movement has started to certify agencies that meet its standards for female representation in executive creative roles. Clients are starting to demand this, she said, noting that in the days after Roberts' comments surfaced online, a YouTube marketing executive tweeted that YouTube would not work with any Saatchi & Saatchi agencies.

. @Mildenhall @SonooSingh @KRConnect @cindygallop As clients we need to hit them where it hurts. $$. No @wwsaatchi agencies for me @YouTube

Most healthcare agency executives say the recent headline-making examples of sexism and misogyny are few and far between, yet they agree that the less obvious issues, like the role of unconscious bias in the workplace, have not yet been solved.

That said, Publicis Groupe and other agencies have faced gender discrimination lawsuits. Publicis in 2015 settled a class-action suit. And just last week a former employee at W20 filed a discrimination suit against the healthcare communications firm. 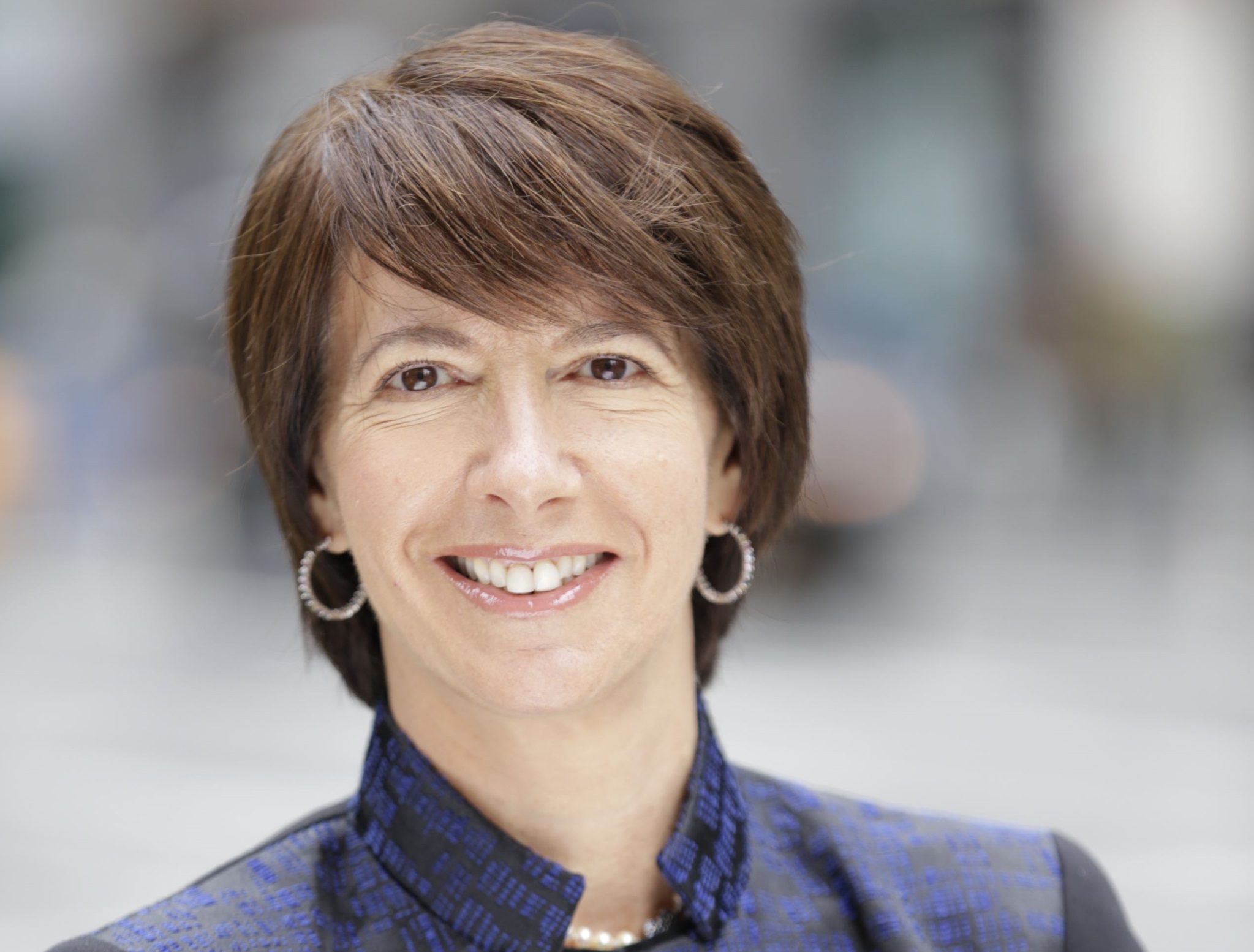 Maiman, the first female CEO of Interpublic Group's FCB Health, is proud of the agency's gender breakdown. About 58% of FCB Health's staff are women; 45% of the staffers who reach the managing director level are female; 40% of EVP-level creative leaders are women; and 60% of the executives (SVP or higher) on the medical team are women.

Attention to the gender gap stems from a mandate issued by IPG leadership, Maiman noted. "It is a primary focus and comes up at every CEO meeting," she said. "It all starts from the top … you have a financial disincentive if you don't show this type of prioritization."

The broader FCB network puts its staff through unconscious bias training and also plans to start using blinded resumes — which blocks out the kind of information that can tell a future employer the applicant's race, gender, sexual identity, or ethnicity.

"On the consumer side, there are bigger issues, certainly on the creative side," said Charlene Prounis, former CEO of Omnicom's Flashpoint Medica. "There are a good amount of women who are presidents and CEOs of [healthcare] agencies."

There are traditionally more men on the brand teams at pharmaceutical companies, though, and that can create an issue for agencies. Most agencies report that about half of their staffs consist of women, making it difficult to mirror the client with the makeup of the agency team, Prounis noted.

"I couldn't bring the strongest women to the pitch," she said.

See also: Christine Coyne on the moment with a male boss that influenced her career

At Publicis Healthcare Communications Group (PHCG), which operates agencies like Razorfish Health and Saatchi & Saatchi Wellness, six of the 11 leaders who report directly to Nick Colucci, the group's CEO, are women. Those 11 leaders have 100 direct reports, 49 of whom are women.

Like Maiman, Colucci is proud of those numbers. Ten years ago, when he was named CEO, more men had executive roles than women. "I was determined that the leadership of the company would reflect the organization," Colucci said.

However, Roberts' remarks pulled the Publicis network as a whole into the debate, with many leaders of Publicis agencies like Colucci sharing statements with the media speaking out against his comments. "Anything that happens like that is not a good thing," he said. "It doesn't help. It doesn't represent what we are in Publicis Health and what we've become."

Headlines are one way to drive change. Another way is client demands, Colucci said, noting that certain companies have asked for information about programs or policies relating to agency employees or external vendors that address gender and racial diversity.

But the pharma industry struggles with its own gender parity problem. None of the top 20 largest drugmakers by revenue have female CEOs. Several companies including Merck and Novartis have faced class-action gender discrimination lawsuits. Merck won its case, while Novartis settled in January.

The Center for Talent Innovation recently studied how ideas are perceived in life sciences companies among employees with college degrees and in white-collar positions. It found that men's ideas are 24% more likely than women's ideas to be endorsed, and those ideas are 29% more likely to be implemented if they came from a man.

If there is a business case to be made in pharma, this may be it. Drugmakers have struggled to become better partners to their customers — oftentimes insurers — as the traditional blockbuster model no longer generates the billions of dollars it used to. In turn, payers have begun to demand data proving a therapy's value to both the patient and the healthcare system, a strategy that requires drugmakers to come up with better proof points and narratives explaining the benefit of the products they market. Those changes have created a demand for innovative ideas.

Meanwhile, pharma companies are realizing the need to create patient-friendly health solutions, not just develop, make, and sell therapies. "There's a huge challenge in healthcare," said Julia Taylor Kennedy, SVP and a senior fellow at the Center for Talent Innovation. "This entire industry is having to pivot quickly to be consumer facing."

Indeed, another one of the arguments for parity has little to do with culture change driven by executives. Instead, some experts believe that maturing millennials — who value time over money and relationships over success — are more likely than previous generations to demand a work structure that allows them to retain those values in their professional careers.

Executives will have to decide whether to meet those demands, and what form they will take. This could include reworking how performance reviews and job descriptions are written as well as developing mentoring programs, progressive maternity and paternity leave policies, and childcare options that benefit both men and women.

"The new wave of employees — the men as well as the women — are looking for the balanced work life," HBA's Cooke said. "It's no longer looking so much like a woman's issue."

This story first appeared on mmm-online.com.