Each Olympic sport also gets its own emoji, as do various events such as the #OpeningCeremony. For example:

Official accounts are listed as @Olympics, @OlympicFlame, @Rio2016 and @Rio2016_en working in tandem with the official hashtag #Rio2016. Twitter's latest blog outlines all the ways consumers can follow the Rio 2016 Olympics via the social media platform.

There is also a new Rio 2016 section in Twitter's Moments feature, where country or sport-specific content will appear in timelines throughout the Olympics: 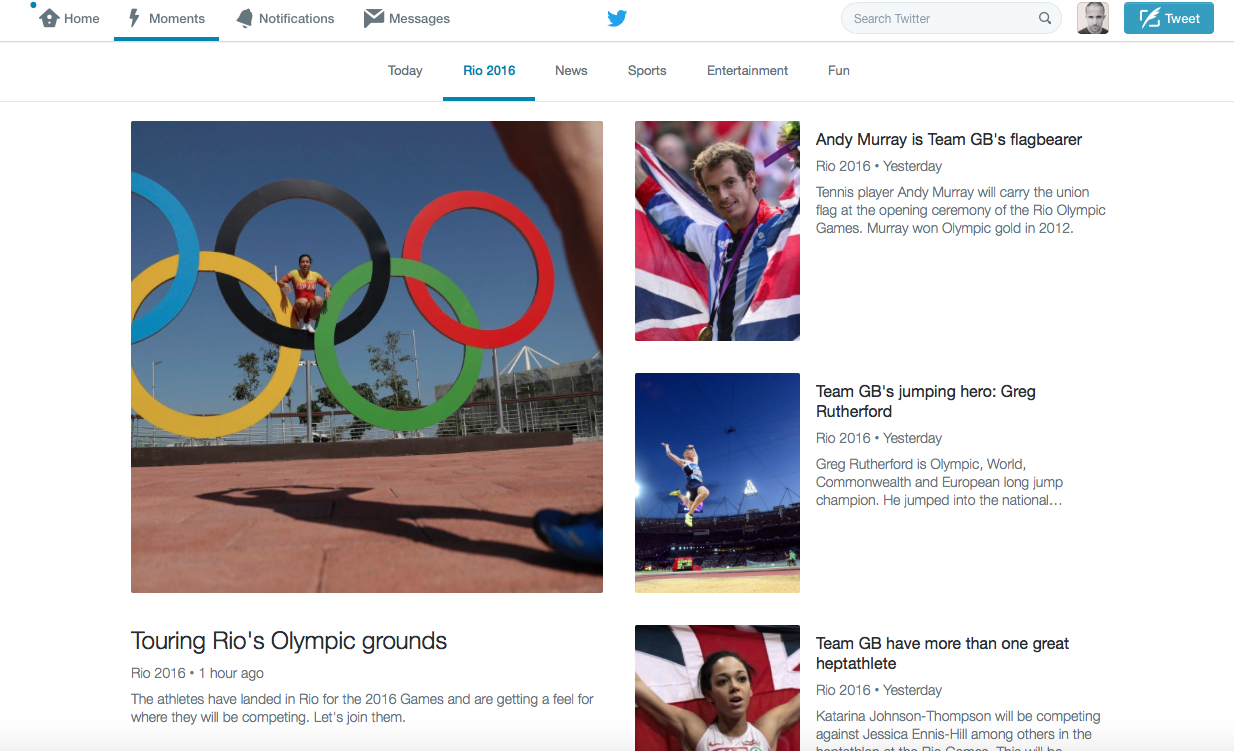 Finally, Twitter is also pushing users to video platforms Periscope and Vine. Each will have dedicated Olympics channels where viewers can watch Rio 2016 content.