The modern Olympic Games may be 120 years old, but the event is far from showing its age.

Like most mature sports properties, it is constantly challenged with maintaining relevancy and engaging the next generation of fans. However, this hardly diminishes the fact that the Olympics continues to be a phenomenon whose impact extends beyond the realm of sports as a valuable sponsorship platform for brands and the ideal proving ground for innovative communications strategies.

For those of us who mark time in Olympic cycles, it’s always interesting to consider the evolution of marketing and emergence of opportunities each quadrennial. With that in mind, we’d like to share five storylines that are informing how brands are developing their game plans to leverage the Rio Olympic Games to achieve their business goals.

A crowded playing field
Historically, brands have kicked off their Olympic marketing campaigns at 100 days out or earlier. However, this Olympic cycle has revealed a new norm – blame our social-media-driven culture – with many brands shrinking their activation windows and launching their campaigns four to six weeks prior to the opening ceremonies. This is resulting in companies that want to borrow the Olympics’ golden glow being strategic and nimble in their planning and breaking through in their activations. This also means brands that aren’t sponsors and seek to ambush the Games will face an even more challenging environment to operate within.

Engagement via tech
Previous Olympic Games have been lauded for showcasing new levels of digital (London) and social (Sochi) marketing. Rio will likely be notable for the engagement generated through the sharing aspect of platforms such as Snapchat, Facebook Live, and Periscope. Snapchat’s surpassing of Twitter in daily users will only enhance the impact of its agreement with NBC to show highlights and behind-the-scenes content from Rio, as well as the reach of other, brand-driven content on the app. Also, these Olympics may be remembered as the major coming out party for virtual reality, as marketers incorporate the technology into experiential efforts to provide fans with an immersive taste of the action and atmosphere in Rio.

Influencer impact
The rise of social media content creators, due to emerging platforms and mobile-focused consumer behavior, has generated opportunities for brands to explore authentic, unique, and occasionally disruptive ways to stand out and create engagement. Don’t be surprised, for example, to see personalities such as the Fine Brothers developing Olympic-themed content or Kid President rallying Americans to support Team USA on behalf of brands, while bringing new – and younger – audiences into the Olympic spirit. Additionally, with many U.S. Olympians significantly involved in social media, they’ve become influencers themselves. Having developed large fan bases, along with a loosening of Rule 40 restrictions by the IOC, these athletes are evolving from being "traditional" spokespeople for brands to being social media influencers on brands’ behalf.

(Re)-joining the movement
There are two new sports joining the Olympic family in Rio: golf and rugby. Golf brings established professional star power, just as tennis did when it rejoined the Olympics in 1988. In rugby, the U.S. men’s side is defending its Olympic championship – from 1924 – as rugby returns to the Olympic stage after a 92-year hiatus, while the U.S. women’s team is favored for a place on the podium. And, success by Team USA on the pitch may be the final catalyst to establish the sport in this country. Any way you slice it, both of these sports will bring new eyeballs and opportunities for brands that support them that haven’t previously been a part of the Olympic movement.

The fun stuff
There has been no shortage of issues-related topics emanating from Rio, resulting in warranted concern by organizers, athletes, sponsors, and fans. However, the reality is that almost every recent Olympics has faced significant issues heading into the Games, and, just as consistently, once the competitions begin, a lot these concerns fall away. Likewise, the athletes, by and large, are not allowing the issues to get in the way of their dreams to compete and pursue glory. As a result, brands that have prepared appropriately should have a comfort level with staying the course as it relates to their Olympic marketing plans.

With a time zone just one hour ahead of Eastern Standard Time, an exotic location as the Olympics take place in South America for the first time, and Team USA poised to dominate the medal stand, the Rio Olympics will captivate an estimated 30 million-plus Americans who will tune in each day. And the brands that have prepared will be ready to capitalize.

Shawn McBride is EVP of sports at Ketchum Sports & Entertainment. 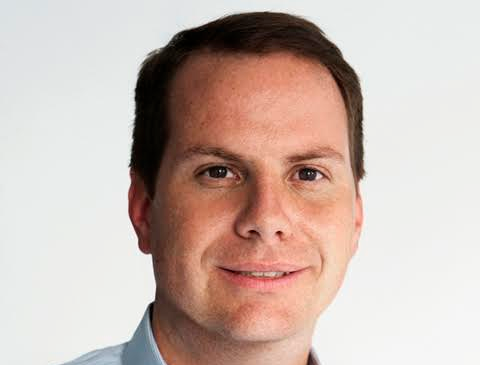