The 'in' side's story

Bookworm devotees of Flack may have noticed that David Cameron's old comms man (and possible knight in waiting) Craig Oliver is due to release his book Unleashing Demons: The Inside Story of the EU Referendum in the autumn.

Flack appreciates the clever wordplay of the title (inside story, 'in' side's story, in case you'd not clocked on), as surely will a diverse group of readers from locations as disparate as Whitehall, Westminster, Millbank and Chipping Norton.

Cameron himself is due to pen some memoirs in due course - and Flack wonders whether he will spill the beans on his own relationship with the media. According to one PR director Flack broke bread with this week, Cameron was widely disliked even by staff of those newspapers broadly supportive of his politics, on the grounds of having had an aggressive manner with the media in his time as a comms man. Not of course that hacks need much encouragement to get shirty with PRs, as we well know.

The ghost of news stories past

Staying with politics, and Flack noticed a sudden resurgence of interest in an eight-year-old PRWeek news story, about a certain Labour leadership challenger’s former career as a lobbyist for Pfizer, after The Times made hay with the story about Owen Smith last week.

Corbynistas, we assume, went into a frenzy of over-sharing on Twitter, in similar fashion to a shoal of piranhas swarming over a tasty morsel of meat, linking back to our original story.

This is one headline Owen Smith would really prefer not to see:-


C’mon guys. We know our copy is a bit special and it also ages quite well, but if a week is a long time in politics (and never more so than at present) then surely eight years is equivalent to another life? Can’t a man have an interesting past anymore? Sheesh!

Italian PR group SEC invited Flack to join it at the early morning ceremony to mark its flotation on AIM on Tuesday. Bubbles were on offer after the group's founder Fiorenzo Tagliabue had roused the gathering with an address declaring that the UK would remain part of "the community of Europeans" despite that whole business with that there referendum.

The listing - the first of an EU company on AIM since 23 June - has been bigger news in Italy than the UK, with the Corriere della Sera writing that SEC had brought "tricolour PR" to the UK. As one of SEC's directors noted, the Italian flag's green, white and red are indeed all over the walls of the London Stock Exchange. As the group's share price fell marginally in the first couple of days' trading, it fell into the latter chromatic camp.

A people company, a global partnership of entrapreneurs. Today SEC lists on the #AIM on the @LSEplc. pic.twitter.com/Bbzi1EnMDM

A candidate for press release title of the day came courtesy of asset management firm Royal London, whose press office is an active commentator on matters financial. After a number of major firms announced their results, it provided comment with the title 'Brexit impact unclear following flurry of corporate results'.

Well, that's cleared that up then.

Creative to a 'T'

Flack doesn’t usually like to publish things that smack of blatant product placement (no money or gifts have changed hands in the course of this item, incidentally). But this one tickled our funny bone: a selection of casual office wear "for creatives who have had enough". Enjoy. 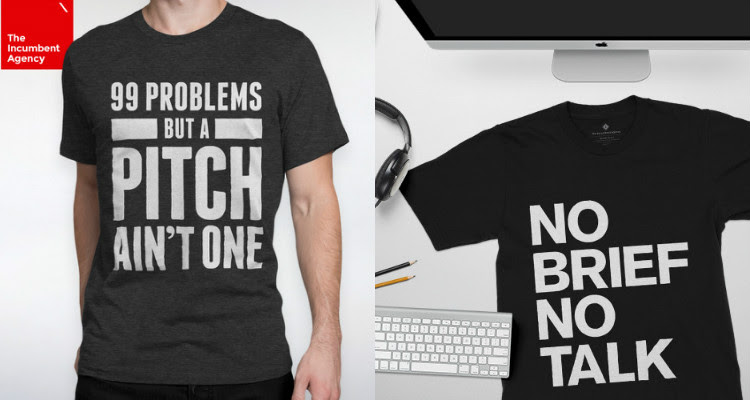 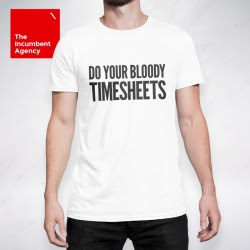 Flack wasn’t in attendance at the Women in PR soiree at L'Escargot in Soho’s Greek Street on Tuesday, which was a chance for the newcomers to the WIPR/PRWeek Mentoring Scheme to discuss their experiences over a drink or two. Colleague John Harrington, PRWeek’s deputy editor, was flying the flag for the mag – and his gender – as the only man at the understandably female-focused bash. Sources close to Harrington (pictured below in deep contemplation) suggest the hack handled the challenge gallantly.