Flack was among the crème de la crème of UK PR to have taken to the waves for the annual PRCA/PRWeek Summer Boat Party on the Thames on Wednesday. This year’s sojourn had a 1920s American prohibition theme, although thankfully this didn’t extend to the drinks options; Flack can report that enough bevvies were on offer to make Al Capone envious.

What it did mean was there was a plethora of roaring 20s regalia on show, as the passengers sipped their drinks while the sun went down. Have a look for yourself in our picture gallery above.

Ah, the smell of the river, the beauty of the Thames and the unbridled splendour of the buildings and bridges, from the Southbank to Wapping.

While admiring the view during this week's PRCA/PRWeek annual boat party, Flack was in the company of several bright young things from Ketchum (pictured among the throng of handsome faces below) and talk inevitably turned to how anyone under the age of 30 can afford to live in London any longer.

London Mayor Sadiq Khan had better get a move on with plans to ban overseas investors from snapping up properties only to leave them empty.

The situation is deteriorating so rapidly that, following the gentrification of some of London’s remaining less delightful enclaves, the only thing left is to head out of the capital altogether. Margate, childhood home of enfant terrible Tracy Emin, is the new London suburb, according to certain media reports. Just get there before the hipsters make a hash of it. 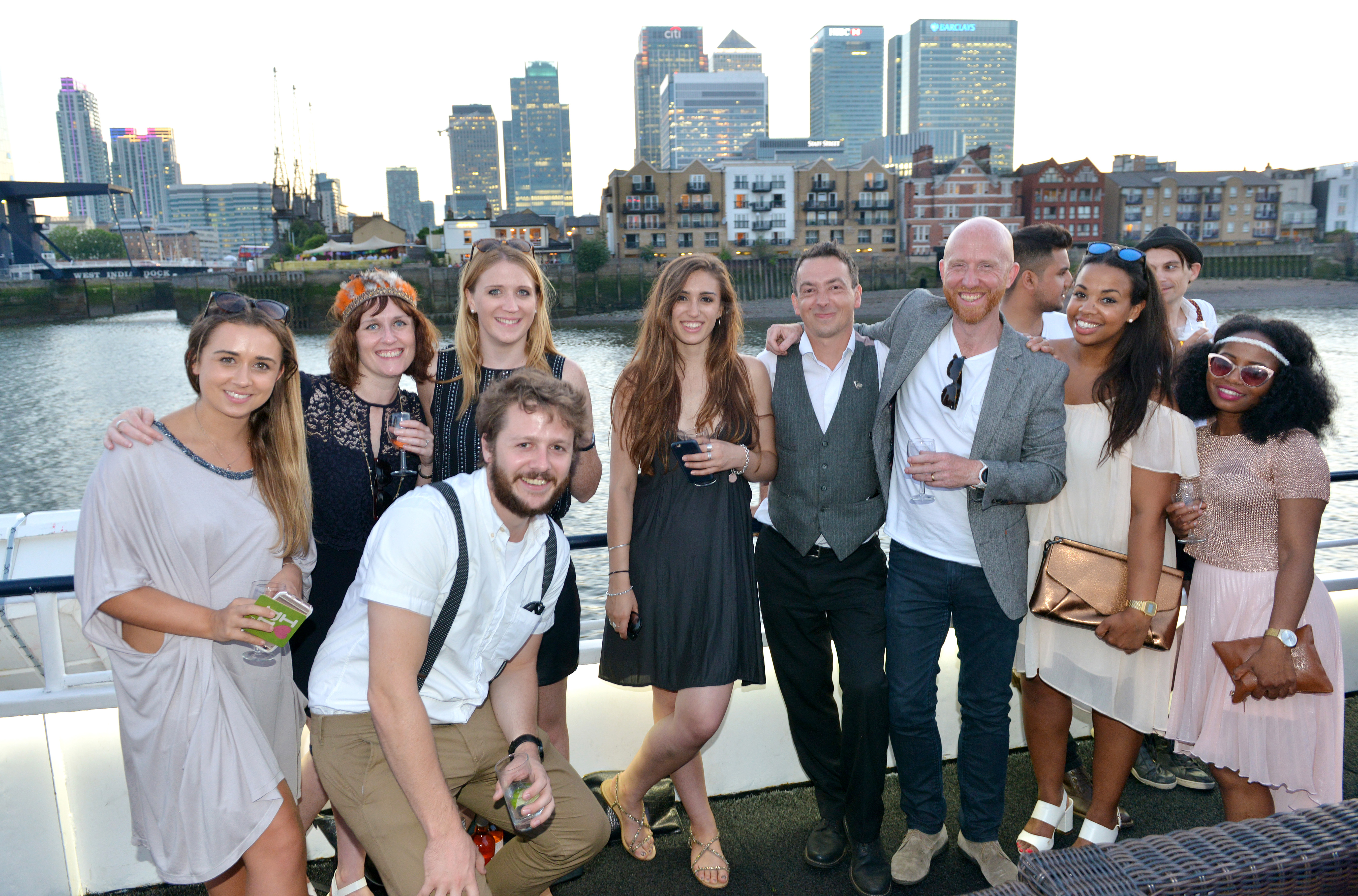 More than one attendee at the PRCA Boat Party mentioned that they were glad to be on the Erasmus (for that was the vessel's name) rather than at a contemporary PR industry gathering – the CIPR AGM. Inevitably, PRCA boss (and former CIPR man) Francis Ingham was among them.

However, in some cases agencies were able to be present at both. Among these was Dynamo – does anyone care to guess which way round its head of media Alexis Dalrymple and co-founder Pete Bowles were? Yes, it was Bowles who pulled the seniority card and was sunning himself at the CIPR AGM, while Dalrymple braved the boat party. Incidentally, Dalrymple informs Flack that he bumped into an extra from Star Wars over a nightcap.

As the good ship PR made its way past the Southbank, one smaller agency's head proudly pointed out its HQ, just behind Sea Containers House and the OXO Tower. A nice location, but this MD was rueing the recent arrival of Ogilvy PR and its sister agencies in Sea Containers. "They've taken over all our pubs," Flack heard.

You may have read that PRWeek and Press Gazette are running a survey about what journalists think of PRs and vice versa for a special feature – click here to have your say.

Flack has managed to gain access to the findings so far and, while Flack wouldn’t dream of spoiling the surprise, here are a couple of teasers.

While many of the journos are balanced in their views of PRs, several have taken a rather, umm, angry stance towards their comms brethren. 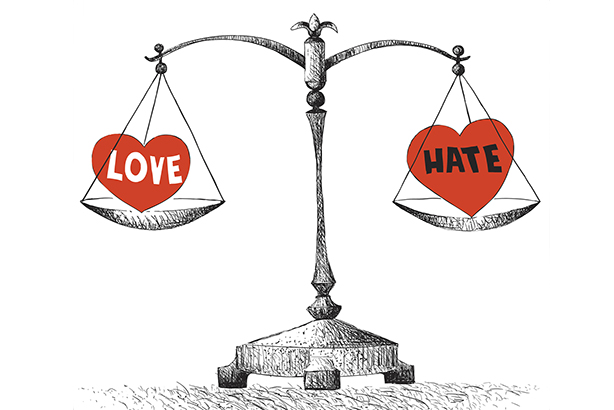 "Most of the problems that I and my colleagues suffer have something to do with dealing with PRs," bemoans one TV reporter. "Sorry for being so honest. Hope my words help a bit to improve this profession whose reputation is worsening..."

Ouch. Still, it works both ways, and while there’s a lot of respect in general for journalists among the PR respondents, not all are impressed. One comms pro lambasts: "The calibre is getting worse. A journalist asked me what an op-ed was yesterday."

It’s not too late to make your voice heard, so click here to take part.

What agency boss doesn’t wish they could be everywhere at once? Well, Mark Borkowski may be the closest to achieving that goal.

The chief of his eponymous agency is now able to have a virtual presence in his office in London's Somerset House from his Gloucestershire home, in the form of a robot called, erm, Irene.

Borkowski’s face is broadcast on to Irene’s tablet-style head, allowing him to patrol the office, meet clients and lead meetings. Imagine a cross between Skype and Futurama, basically.

The robot is called a Beam+ from supplier Suitable Technologies, and a ‘cousin’ of Irene’s has already made an appearance in CBS’ The Big Bang Theory as the Shelbot.

Borkowski said: "Here we are in Somerset House, the oldest continuous office building in London. Irene is rolling down these Victorian halls and fitting right in. In PR nothing can stand in for the human touch. Robotic telepresence doesn’t come close to replacing face-to-face relationship building. But, as we enter an age that requires more flexible working, innovations like Irene are essential. They are the future of the office." 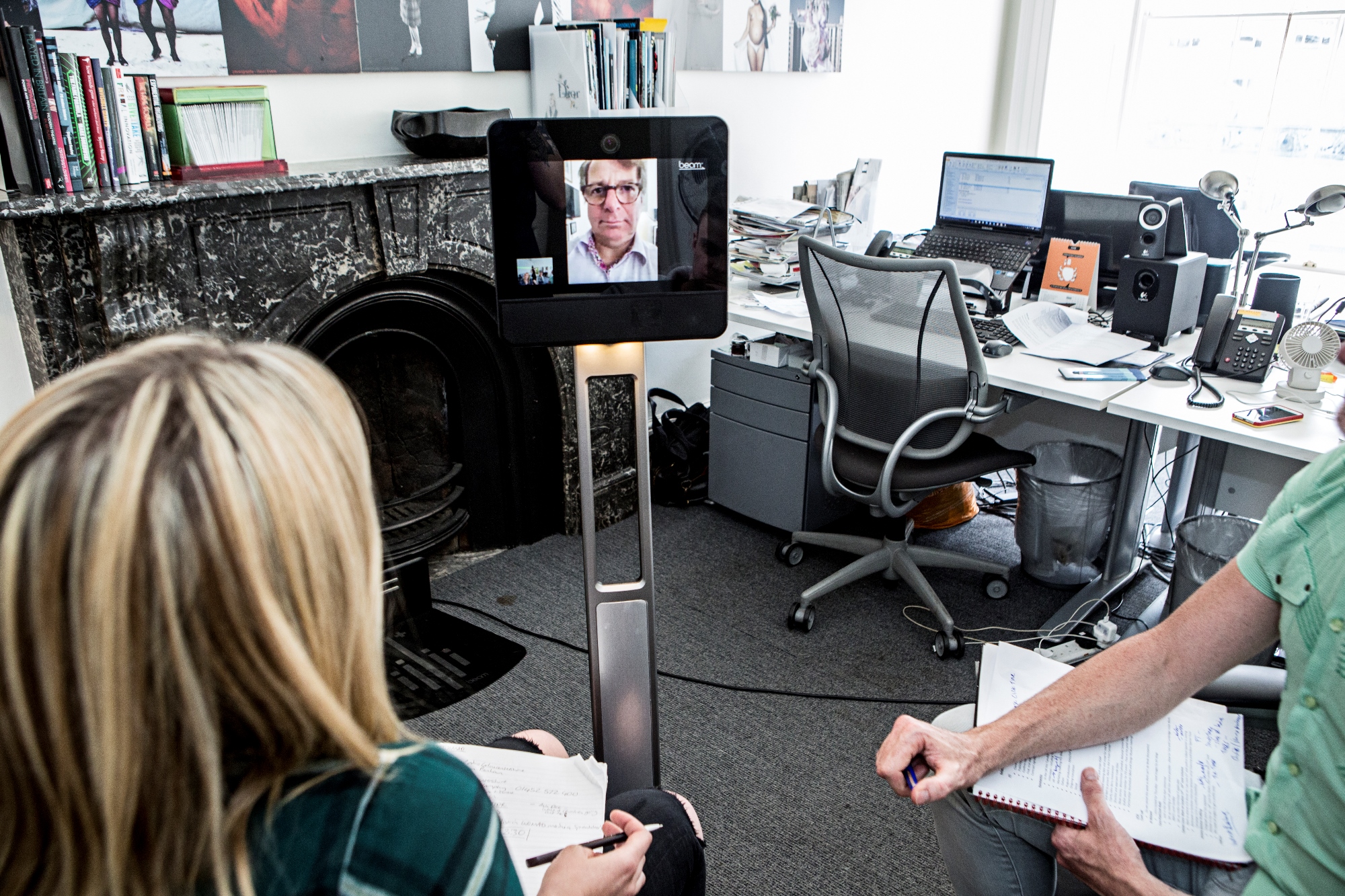