Working with Pitch PR, the company arranged to support multiple world and Olympic cycling champion Victoria Pendleton during her quest to switch sports to horse racing, and her target of riding in a competitive race at Cheltenham 2016.

The announcement of her ambition was made in March 2015, just days before that year’s festival. This gave Betfair the opportunity to champion a female in a male-dominated sport and increase appeal beyond the core betting audience.

Betfair took consumers on a journey that detailed what it takes to become a jockey through the website switchingsaddles.com, with the PR campaign accompanied by social activity using the hashtag #goodluckVP, and a TV ad with an extended version online. Only a year after first sitting on the horse, Pendleton came fifth in her race at Cheltenham in 2016, finishing unscathed and attracting praise from horse racing traditionalists who had expressed doubts about the scale of her challenge.

The volume of bets through Betfair on Pendleton’s race – the Foxhunter Chase – increased by 49 per cent over the previous year, making it one of the top ten races of the year with bets via Betfair up 12.4 per cent on 2015.

The website was viewed nearly 65,000 times and the campaign delivered 830 items of branded coverage over the year, while awareness among non-customers rose from 14 per cent to 26 per cent. The campaign was nominated for a Cannes Lion. 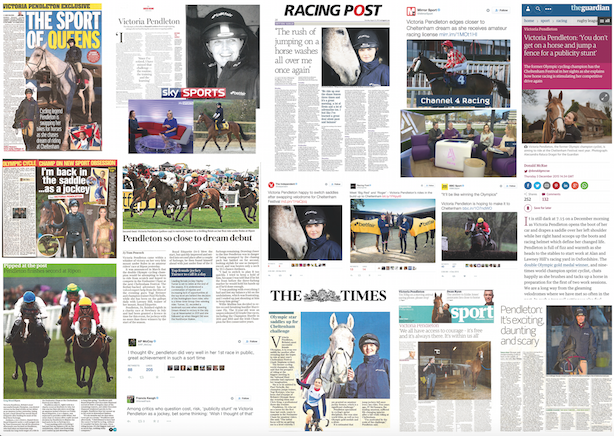