CLEVELAND: The Republican Party will try to paint a picture for the American public of "Donald Trump, the man" this week at its national convention, Trump campaign manager Paul Manafort said Sunday evening. 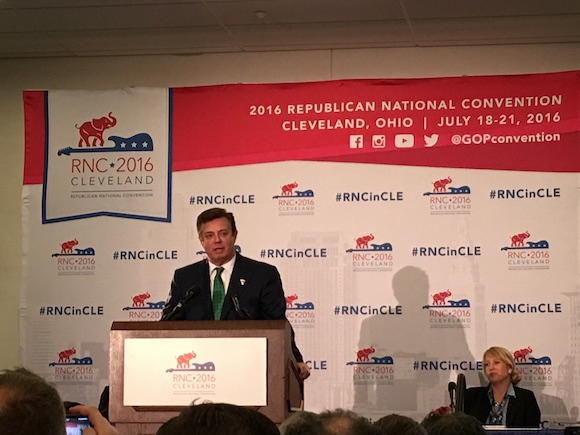 Instead of a list of celebrities, headline speakers will include business associates, family members, and friends of Trump, rather than a list of nationally known politicians, he added. Trump’s wife, Melania, will speak on Monday night, as will retired U.S. Army Lieutenant General Michael Flynn. Tuesday night will feature Trump’s children Tiffany and Donald Jr., as well as neurosurgeon and Republican primary also ran Ben Carson. Eric Trump will speak on Wednesday night, as well Vice Presidential Nominee Mike Pence and the man he reportedly beat out for a spot on the ticket, former Speaker of the House Newt Gingrich. Trump will be Thursday night’s headliner, with his daughter Ivanka and Silicon Valley businessman Peter Thiel as his opening acts.

Manafort did not definitively comment on speculation Trump will introduce his wife on Monday or if the presumptive nominee will make other unscheduled appearances.

As the Republicans gather in Cleveland, presumptive Democratic nominee Hillary Clinton holds a five-point lead over Trump nationally, according to a Wall Street Journal/NBC News poll released Sunday morning. It also found Clinton leads Trump 84% to 7% among African-Americans, with significant advantages among women and young voters, as well. Clinton is up 76% to 14% among Latinos.

Yet Manafort contended that the Trump campaign is improving its standing with Hispanic voters and said he "expects to do better than Romney" with the demographic.

Former Massachusetts Governor Mitt Romney won 27% of the Hispanic vote in 2012, when he was defeated by incumbent President Barack Obama.

Baton Rouge casts a shadow over convention eve
The killings of three police officers on Sunday morning cast a pall over the convention’s unofficial first hours. Manafort and RNC CEO Jeff Larson delayed their press conference while Obama spoke from the White House Briefing Room about the shootings on Sunday evening.

Security is expectedly tight all around downtown Cleveland, with streets surrounding the city’s Convention Center and the Quicken Arena barricaded amid a strong show of force from local and national law-enforcement officials. More than 5,000 law enforcement personnel have been assigned to safeguard the event, according to NBC News.

Media turns out in full force
More than 15,000 members of the press from around the world are in Cleveland this week to cover the convention, with the media center taking up an entire floor of the city’s sizable convention center. RNC chief strategist and communications director Sean Spicer compared putting on the event to "holding a Super Bowl for four straight days." 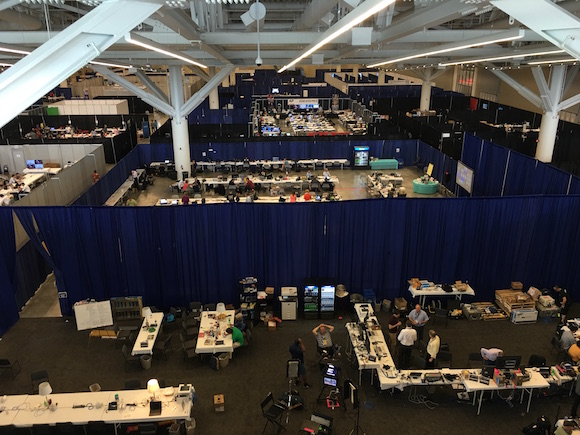