How does Pokémon GO do it?

Pokémon GO is dominating pretty much everything at the minute. Storming to the top of app charts across the globe, the Nintendo classic has jumped back into the limelight at breakneck speed, sweeping along millions of downloads on its way.

But how? Pokémon GO is no longer just an app; it’s a cultural spectacle.

And the game has hit a timely sweet spot, capturing the attention of millennials young and old(ish).

While younger millennials are ever-connected and don’t miss out on anything, older millennials were there the first time round, and the nostalgic, emotional connection to Pokémon runs deep.

But even if you have no affinity whatsoever to the Pokémon universe, the fact remains; a scavenger hunt can still be good fun.

One of the most remarkable aspects of the game is the way in which it has brought the social and digital world into the physical space.

We have never seen a phenomenon like it at such scale, and it’s infectious. If you aren’t playing the game, you’re reading about its astonishing trajectory.

Pokémon GO’s seamless singularity of the mobile world and the physical space has captivated everyone, bringing augmented reality to the mainstream and weaving the brand into the nuances of everyday life.

Not only is it embedding itself into players’ days, it’s changing the way we move through the world.

While we’ve all heard the stories of robberies, dead bodies and exposed cheaters all discovered through playing the game, people are now viewing physical space as a Pokémon playground, exploring new routes in real life to further their virtual ambitions.

And this is a perfect PR storm. The game’s level of brand awareness is currently unparalleled, helping the Pokémon brand to rapidly reinstate itself in pop culture.

And while the longevity of the game remains to be seen, at the junction between innovation, nostalgia, excitement and organic growth sits Pokémon GO, now the biggest game in US history.

And when people want to find Pokémon more than they want to find love or sex, you’d better believe Nintendo is on to something.

Anna-Marie Odubote is a creative copy-writer at Social Chain 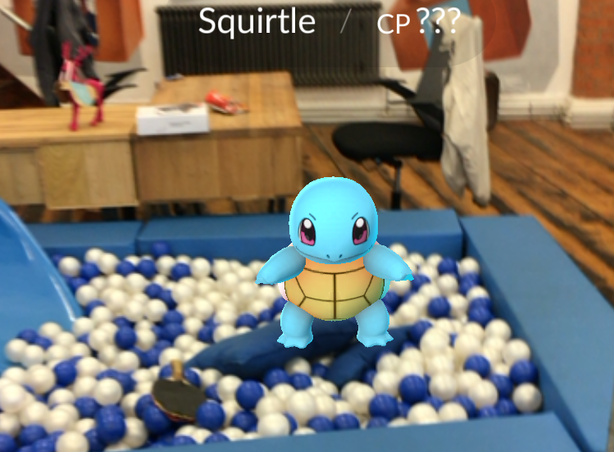 Pokémon GO users have surpassed active Twitter users; it has been installed on as many phones as Tinder, and has eclipsed Snapchat.

Pokémon GO is in a world of its own. And it is creating an entire new platform for business growth.

More and more, businesses are seeing the benefits in using social media to target the younger generations.

Pokémon GO has a readily waiting audience, already interacting within their local domain. Gamers travel through their towns in search of Pokémon, exploring various locations.

Businesses can capitalise on these opportunities, using the game to increase custom, with in-app purchases and creative marketing campaigns.

For a business, it’s a simple set-up; all you need to do is download and learn to play the game.
What makes this game so different is that it doesn’t keep users bound to their rooms.

It is augmented reality – gamers react to what’s around them in real life while experiencing being online.

Users can battle in gyms, collect rewards from PokeStops and team up to defend their territory.

Check whether your business is a PokeStop. PokeStops allow users to flock to your location without any effort and this can create massive sales opportunities such as promoting targeted offers when gamers come through the door.

Businesses can also throw down a Lure, an in-app purchase.

Lures increase the rate of Pokémon generation in your area. Pokémon are difficult to find. Lures attract attention – from both Pokémon and gamers. Set up a Lure alongside an offer, and you really will catch them all.

Also, find out if you are near a gym. Gyms are user battlegrounds.

These are constantly active and easy to identify. Simply open the in-app map, and look for the biggest structures.

Gyms will promote creative marketing. Supply branded products, or use social media paired with prizes for the controlling team.

Not a gym or a PokeStop? It just means you will need to be more proactive. If they aren’t coming to you, go to them. Set up pop-up shops or pit stops.

Also, playing the game will allow you to interact directly with customers.

However you attract online attention, the growth that Pokémon GO has already shown proves this a worthy contender.

Don’t make the mistake that this is just for kids. Pokémon has had loyal (now adult) followers develop with it since its debut. It’s time to make Pokémon GO to your business.