After a spirited primary, Sen. Bernie Sanders (D-VT) endorsed former Secretary of State Hillary Clinton for president on Tuesday. To mark the occasion, the Clinton campaign sponsored a Snapchat geofilter – a location-based overlay for photos and videos – for those attending the rally in New Hampshire.

.@HillaryClinton campaign out with a snapchat filter today in Portsmouth, NH. pic.twitter.com/VeWNG82Rwk

The filter featured Clinton and Sanders standing side-by-side holding hands in the air with the tagline, "Stronger Together."

Clinton’s own Snapchat account also gave a behind-the-scenes look at the rally. 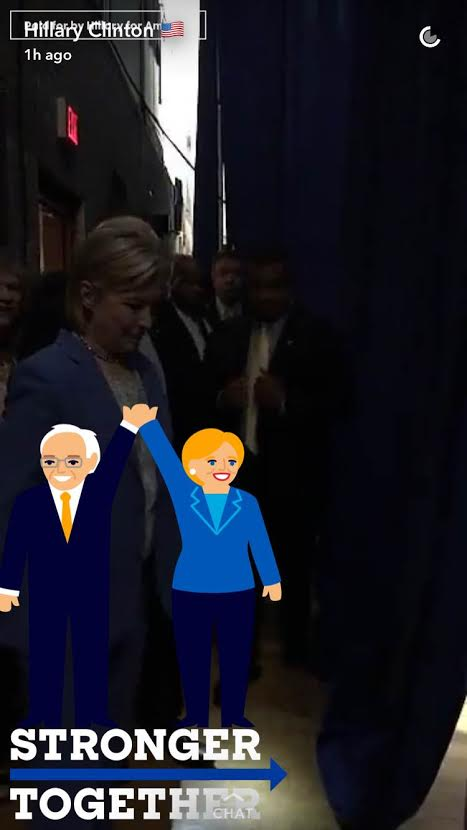 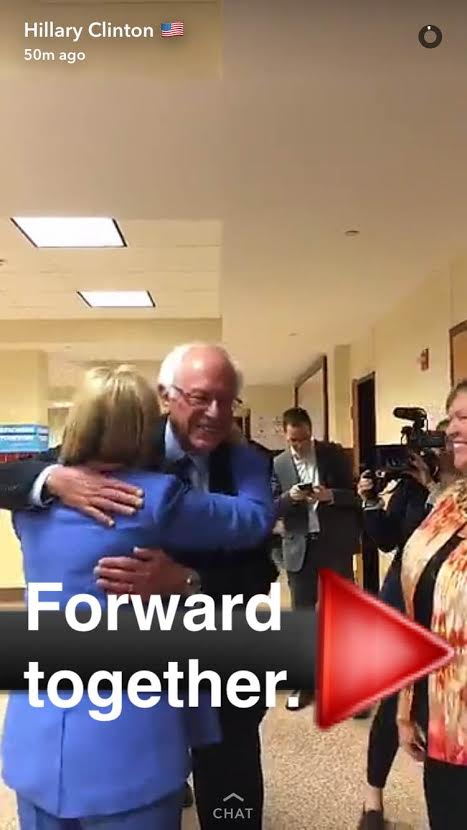 The Clinton campaign is no stranger to Snapchat filters. In May, it used a geofilter to target a Donald Trump rally, featuring a Trump quote about the housing crash.

Clinton was the target of a Snapchat filter when conservative group Judicial Watch sponsored one on the day of her Benghazi testimony last October. The filter warned that the photo would disappear "just like Hillary Clinton’s emails."

OMG. Check out this @Snapchat filter inside the #BenghaziCommittee hearing room pic.twitter.com/lKOJfmLurQ

Launched in 2011, this is the first presidential election in which Snapchat has played a significant role. Both Clinton and Sanders used active Snapchat accounts during the Democratic primary, but Republican presumptive nominee Donald Trump has not joined the platform.