These are just two of the findings from the long-awaited inquiry report into the Iraq war, published yesterday, that relate to the PR aspects of one of the most controversial conflicts in Britain’s recent history.

The report of the Iraq inquiry – led by Sir John Chilcot and widely known as the Chilcot report – has taken seven years to produce and runs to 2.6 million words. It chronicles Britain’s actions relating to Iraq between 2001 and 2009.

While it is a scathing critique of government failings before, during and after the invasion, it stops short of passing explicit judgement on individuals.

Tony Blair’s former director of comms, Alastair Campbell, escapes censure over his role in Government. In the report's executive summary, he is mentioned just once in passing. As for the allegations that he "sexed up" the dossier stating the case for war, the inquiry found: "There is no evidence that intelligence was improperly included in the dossier or that Number 10 improperly influenced the text." 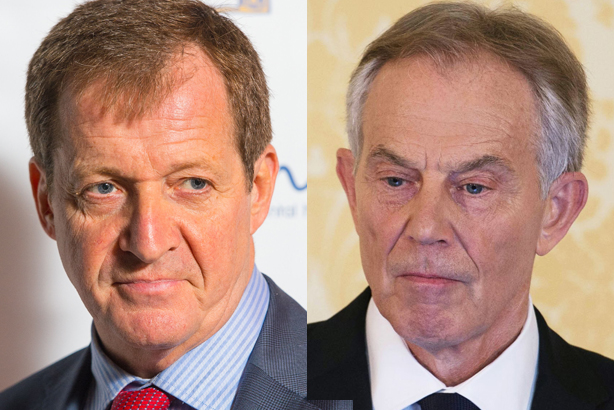 Public relations was a major concern of the Government when it came to presenting the case for war, the report details. It reveals how Campbell and John Williams, Foreign and Commonwealth Office press secretary, held a meeting with John Scarlett, chair of the Cabinet Office’s Joint Intelligence Committee, in September 2002.

It cites a statement by Williams: "It was clear that no decision had been taken about who would produce the dossier. John Scarlett said that intelligence had no experience of writing documents for publication and would need the help of a ‘golden pen’. He turned to me."

Campbell wanted the task to be given to the Number 10 Strategic Communications Unit, according to Williams. "When I reported this... to the Foreign Secretary and Michael Jay, they were clear that the dossier must be produced by the Foreign Office, not Number 10, and I should be the ‘golden pen’," Williams told Chilcot. He ended up doing a draft but the "result was underwhelming" and there was "nothing much new". Williams was "relieved" when he learned that Number 10 had decided that Scarlett would write the dossier.

One part of the report particularly of interest to PR professionals is in section 3.6 – titled The Need for a Communications Strategy. This shows how the Government’s PR approach had been worked out behind closed doors months before MPs voted to invade Iraq.

In December 2002, Campbell told Blair the comms strategy "should be rooted in where we think we will end up, which currently looks like a military conflict that ends in Saddam falling". He claimed Britain needed to have a "clear sense of a UK Government position that is our own" rather than being "merely an echo" of the US position, and needed to "communicate better the threat and relevance to the UK". Campbell concluded that there was "a big job of work to do" that would "require a lot of input" from Blair.

The Prime Minister was aware of the danger of negative press coverage and proposed that a media war room be set up as a solution, the report reveals. During a meeting with President Bush in March 2003, "Blair suggested that, as for the Kosovo campaign, the US and UK "needed an election-style media ‘war room’."

After the meeting, Blair sent Bush a note outlining his concerns – proposing "a media and communications 'war room'" on both sides of the Atlantic to provide "a real sense of strategic grip". It would have eight teams able to "generate a "big picture message" each day and discourage ad hoc interviews." The unit would also "rebut negative stories". 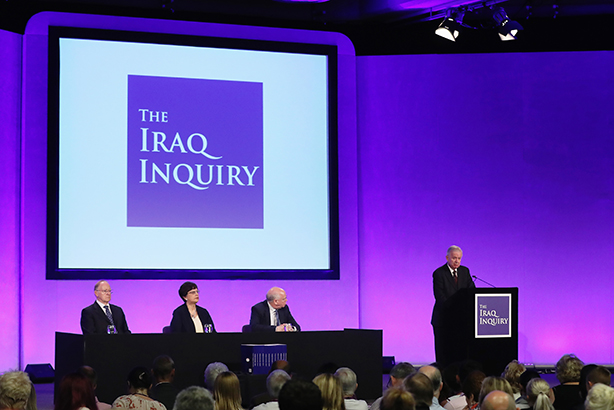 However, Britain was "unprepared for the media response" to the early problems in Iraq, the inquiry found. "It had also underestimated the need for sustained communication of key strategic messages to inform public opinion about the objectives and progress of the military campaign, including in Iraq," the report said.

"The difficulty and complexity of successfully delivering distinct strategic messages to each of the audiences a government needs to reach should not be underestimated," it added.