Liquidation of BHS isn’t the end of the story

This month BHS went into liquidation. It will disappear from the highstreet with the loss of 11,000 jobs in the biggest retail collapse since the failure of Woolworths in 2008. 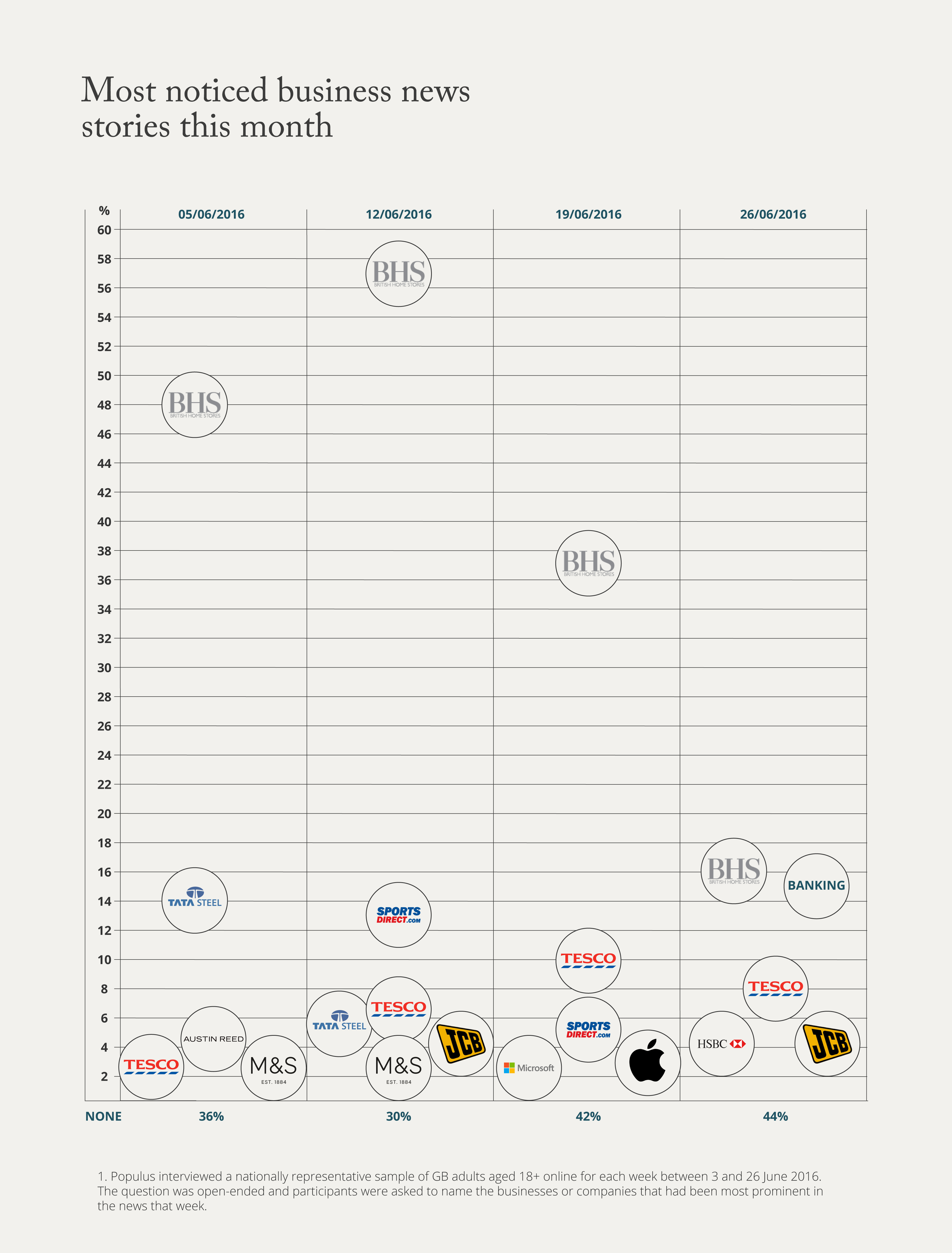 Despite the company’s death announcement hitting the papers at the very beginning of June, BHS has been the most noticed business news story every week of this month. People have taken an interest in MPs’ post-mortem of BHS’s demise.

MPs on the joint Business and Work & Pensions select committee have had tense – and at times bizarre – exchanges with key players in the saga. Neither thrice bankrupt Dominic Chappell, who led the group which purchased BHS for £1 last year, or retail magnate Sir Philip Green, whose business empire is run from Monaco, have emerged with much dignity.

In one session Chappell is accused by former BHS Directors of being a ‘Premier League liar and a Sunday League retailer’, having ‘his fingers in the till’, attempting to buy family flights to the Bahamas on the company’s travel budget and ‘threatening to kill’ the former CEO. In another, Green claims that he had nothing to do with BHS’s pension scheme, tells one select committee member to put on his glasses as they made him look better and demands another stop staring at him.

MPs are considering whether to call Lady Tina Green to give evidence to the joint select committee, to answer questions on her family's financial arrangements.

While the post-mortem of BHS and its attendant media circus will continue into July, companies should not lose sight of one lesson that is already clear from this sad tale – allowing a company pension scheme to build up huge debts attracts the media spotlight and damages reputation.

BHS is not the only company with an unmanageable pension scheme. A study by JLT Employee Benefits indicates that a gaping hole is opening up in the country’s defined benefit pension schemes, soaring from £245bn to £800bn in deficit since 2006. Deepening deficits are driven by people living longer than companies had initially budgeted for and record low interest rates, which limit the returns that pension schemes can achieve. However, it is also clear that some businesses are under-investing in their pension schemes in the hope that interest rates will rise and wipe out widening liabilities.

As Philip Green can attest, companies that pay large dividends while pension deficits soar risk being seen as shirking their responsibility and profiteering at the expense of pensioners who have worked for them for years.

In the last week of June, Britain voted to leave the European Union. Financial markets, which had anticipated a remain vote, suffered huge falls, with banking shares most severely affected. The Bank of England struggled to reassure markets as the pound collapsed to its lowest level for 31 years, Britain’s sovereign credit rating dropped two notches and banking shares cratered. Trading in both Barclays and RBS had to be suspended temporarily.

While the public noticed falling share prices for specific banks and announcements that banking jobs are likely to move to the Continent, most identified the crash of the banking sector as the key story.

Attitudes towards the banks’ misfortune include a degree of schadenfreude. Many believe that bankers’ arrogant and reckless behaviour triggered the financial crisis and subsequent global recession. In the nine years since the financial crisis, banks have not done enough to re-establish trust with a population which believes that bankers continue to put their own interests before those of their customers.

While banks mull over the implications of Brexit for their businesses and develop strategies to survive in a Britain outside of the EU, they must not forget about the reputational overhang from the last banking crisis. Repairing their trust deficits by demonstrating to consumers that they have changed remains the biggest challenge that banks face.

Without showing the public that they can be trusted, banks may be able to survive, but they will not be able to succeed in the brave new world outside of the EU. To succeed, banks must measure their customers’ attitudes, identify services/products that inspire trust and show that their activities benefit people at least as much as they benefit the bank.

"London Skyline" by emdoubleyou0 is licensed under CC BY-SA 2.0