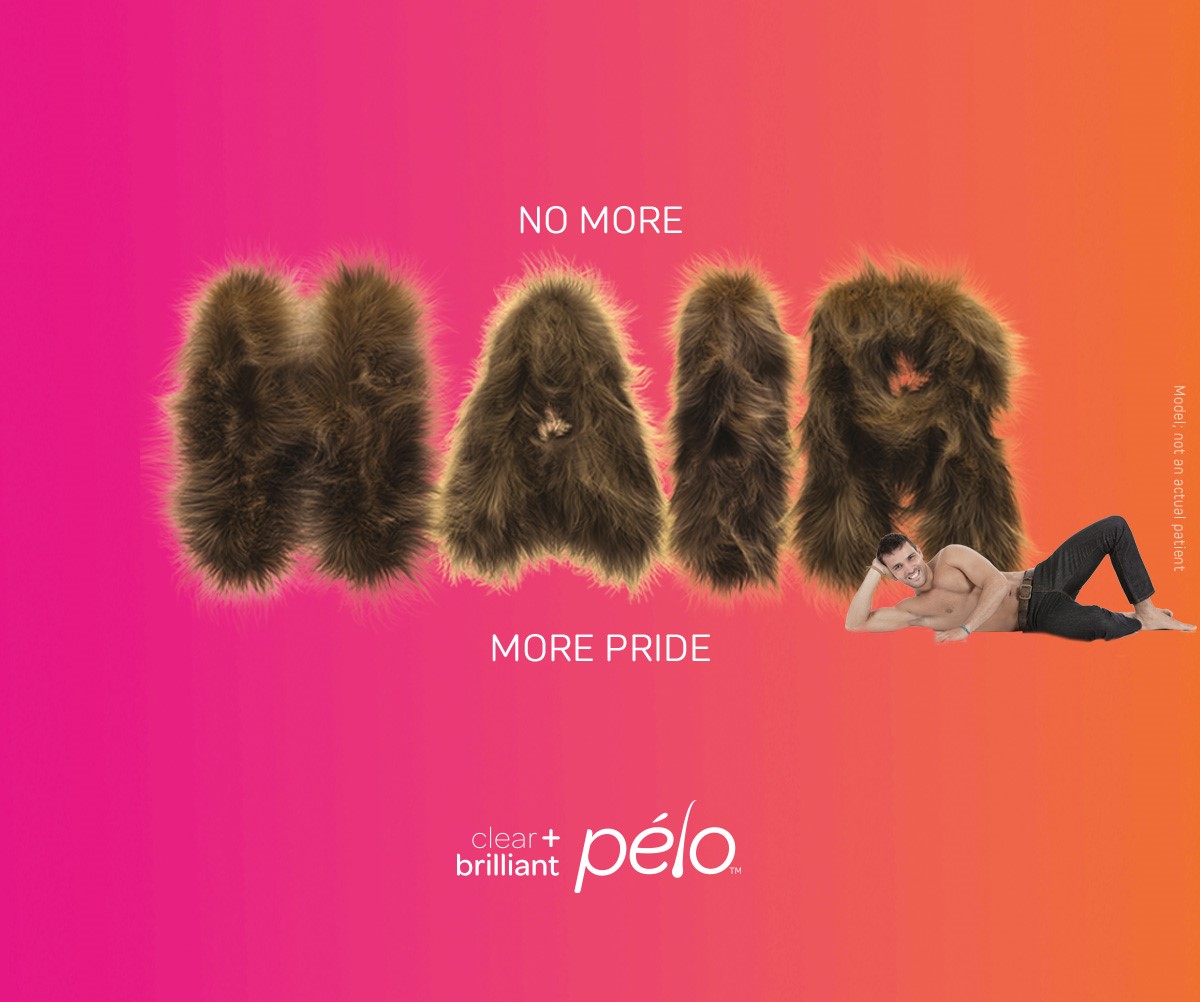 Solta Medical launched a hair-removal laser, dubbed the Clear + Brilliant pélo, in September. From the start, the Valeant-owned devicemaker wanted the marketing to go beyond just communicating pélo's benefits to shedding the stigma around the practice of laser hair removal in a humorous and shocking way.

But how to execute a campaign for the target audience — the millennial age group and the LGBTQ community — without coming across in a heavy handed way? The result was a social media effort called No More Hair More You.

The slogan, which headlines a website of the same name, is about freedom of self-expression and casting off labels, explained Sheetal Davitt, director of marketing for aesthetics at Valeant.

"You have probably been called a name in your life, or you've got things going on in your life that you just want to get rid of — hair can be one of those things," Davitt said. "Let us help you get rid of the hair you don't want."

One of the challenges of the campaign involved making people care about that topic, Davitt said.

"Laser hair removal is not very exciting, even from the end-user experience — no one gets excited about removing their hair," she noted. "We knew at the time if we were going to launch this device, we needed to flip this [narrative] on its head and create a disruptive campaign to get people to stop in their tracks and say, ‘What in the hell is that?'"

To grab consumers' attention, the company has pushed out 15-second videos on social media. One features a man staring into the screen to tell viewers about his old nickname: "My name is Robert James Winthrop the Third, but it used to be sasquatch." In the next frame, the pélo laser sits in the middle of the screen as hair falls around it. Another features a talking bear, who grunts at the camera as subtitles translate his grumblings, which include, "There's a place to go to talk about unwanted hair."

Sometimes, unwanted hair comes with unwanted nicknames. Get rid of it. #nomorehairmoreyou pic.twitter.com/WP6Q5AQHvY

To drive awareness, Solta sponsored One Magical Weekend at Walt Disney Resorts in Orlando — one of the largest LGBTQ events outside of Pride parades. The devicemaker supported the event’s kickoff weekend in the beginning of June as an exhibit hall sponsor. It also developed a contest for participants to win a hair-removal getaway that was promoted in a number of LGBTQ community publications, such as HotSpots, Next, Watermark, and South Florida Gay News.

While the campaign was designed with millennials and the LGBTQ community in mind, Solta was wary of formally identifying either group in its marketing materials because those groups "don’t like being labeled." Pushing back against those kinds of generalizations was also an important part of the campaign.

"That’s what all our marketing message is all about," she said, "not having labels or losing your labels."

The distinct nature of the campaign is meant to mirror some of the innovative features of the laser, Davitt shared, adding that the pélo is different from other laser hair-removal devices in that it gives off a cooling sensation when applied to the skin.

"A lot of times with laser hair removal, most people will start — but then say it’s really painful — and won’t continue through the process," she said. "The pélo has a cooling system already inside of the handpiece, [so] when the glass contacts the skin, you get a nice cooling sensation. Then, when you pull the trigger, it’s firing a laser while the cooling happens at the same time." The cooling feature combined with the laser is meant to give off a tingling, or prickling sensation rather than a painful burn.

Beyond consumers, Davitt said the company is "heavily involved" with medical associations and conferences to get information about the pélo in front of dermatologists and plastic surgeons. The company is positioning the hair-removal device as a way to bring new patients into doctors’ practices.

The campaign’s website tells docs: "If you don’t already offer it in your practice, you could be missing an opportunity to bring in new clientele and extend the loyalty of your current base." The rationale is that if a patient comes into a doctor's office for regular hair removal, they’re more likely to solicit other services from the same office, Davitt explained.

The launch of the campaign took place amid media reports about Solta's future. Just last week, unnamed sources told Bloomberg that Valeant is working with advisers at Morgan Stanley to sell the company. Solta and Obagi Medical Products could be worth as much as $500 million, according to the reports. Valeant agreed to acquire Solta in December 2013 for $236 million.