News
Tweet
Share
The PRCA’s 2016 Census of the PR and comms industry paints, in some cases, a disturbing picture of a sector that, although largely young and vibrant, continues to lack diversity in terms of background and gender.

As for remuneration, average salaries have been slashed across the board for both agency and in-house teams, and cuts to senior pay appear to have been most severe since the last census in 2013.

The survey of 1,874 practitioners, carried out by YouGov, also reveals stark differences in levels of pay, gender balance and average age across the regions of the UK, and asks respondents to predict what will be the most important tasks in their jobs in two years’ time.

Danny Rogers, PRWeek’s editor-in-chief, says: "As someone who has been in and around this industry for two decades – first as a graduate trainee in PR, and later as an industry editor and author – what strikes me about the PR Census is how little the big themes actually change. We are still discussing the future of print, the hot growth of healthcare and tech, the difficulties of measurement and the lack of diversity. But the industry is getting most things right. Because for most of those two decades UK PR spend has been growing rapidly, and continues to do so. Another constant is PR’s adaptability – and this is more critical than ever as technology and media rapidly transform each other."
Francis Ingham, PRCA director-general, tells PRWeek: "Considering the salary figures, there’s a welcome shift from a top-heavy model to one that more appropriately rewards the people who do the most work. I believe this is a result of two things: on the one hand, consolidation of major networked agencies; and, on the other, CEOs and board members having the confidence to set up their own outfits, while taking a sizeable pay cut. The entrepreneurial spirit is back."

In the first of our five-part series on the census, PRWeek looks at the current demographics of the industry. 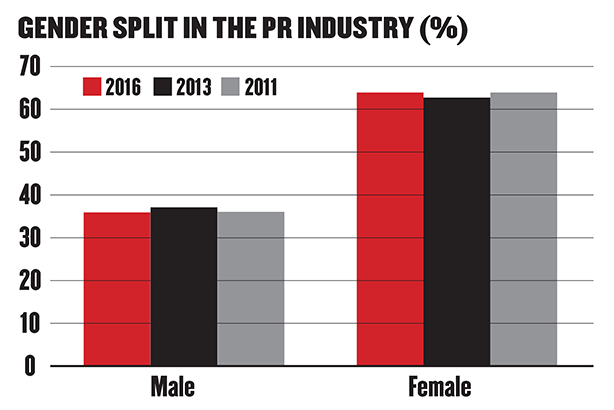 According to the latest census, approximately 83,000 people work in the UK’s PR and comms industry, a rise of more than 20,000 compared with the previous census in 2013. The sector’s gender breakdown has remained stable – at 66 per cent female to 34 per cent male – according to the 2016 census, when compared with those in 2013 and 2011. 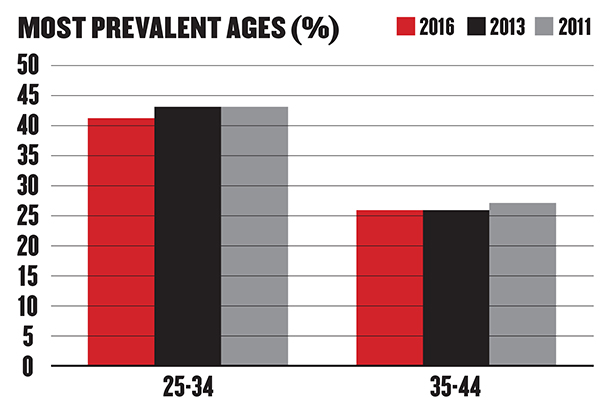 The relative youth of the industry is underlined, with the largest number of people in the age range 25-34 followed by those aged 35-44, at around 40 per cent and 28 per cent of the workforce, respectively.
One third of employees had children or dependents, and in-house staff were three per cent more likely to have them than their agency counterparts.

According to a comparison with Office for National Statistics data from the 2011 national census, white British PR people are overrepresented by three per cent in the industry. 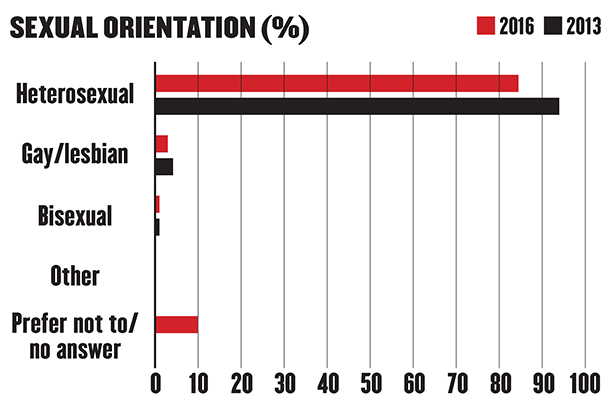 Ingham continues: "The fact that our industry’s diversity has remained static for the past six years is a concern, and one that we will continue to work to address. There is some comfort in the fact that we can see the younger the PR individual, the less likely they are to be white British, and I hope that as that trend continues we will see an increasingly diverse workforce filtering into the industry. As we have always said, a PR industry that is not entirely reflective of the people to whom it is aiming to communicate will ultimately fail."
Tweet
Share