PR? Just whatever floats on your boat

The UK PR world got all a-Twitter about W floating something big down the Thames this week, egged on by PRWeek's news editor's suggestion that many of W's detractors had somewhat missed the point.

Reaction was variously despair for PR's various ills, and more light-hearted reflections. Often, as is the case with this tweet from Andrew Bloch, it was both at the same time

Flack had the pleasure of attending the photo shoot for PRWeek UK’s 30 Under 30 scheme this week at the London HQ of Hanover.

As well as being impressed by the incredible calibre of the young PR pros – some of whom had travelled from as far as Italy, Dublin and even Bromley for the occasion – it was a great chance to hear their tales of success at such a young age (although Flack won’t spoil the surprise, you’ll have to wait for our coverage in a couple of weeks).

At the post-photos drinks reception, Hanover boss Charles Lewington joked that a colleague enquired whether he was in the sub-30-years contingent while in the lift to the floor. 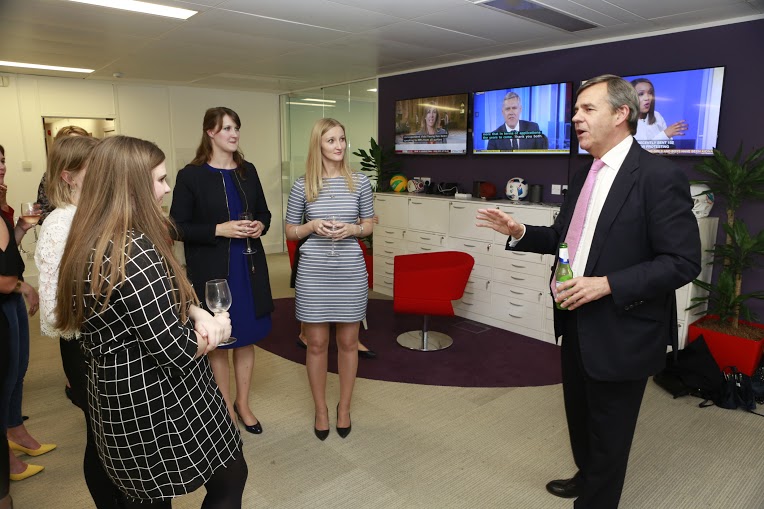 Flack suspects there may have been a genuine ‘mature’ imposter at the post-reception drinks at a nearby Wetherspoons too. Can you guess which one*?

* To put you out of your misery: it’s Steve Miller of the PRCA. But he bought drinks so we’ll let him off. And he’s a cracking chap, of course.

Flack caught up with a veteran tech agency founder this week, and recruitment was one of the things on the agenda.

Like with many consulting or agency-based industries, PR firms face a problem with staff easily able to take flight and form their own agency. If that happens too often, that's a big problem.

If it doesn't happen ever, it means you're doing something right, right? Not necessarily. "You could say it's not often enough that that happens to us – we want people who are entrepreneurial," the big cheese in question said, suggesting it may mean something is lacking in the firm's hiring plans.

Now that's a double-edged sword if Flack ever saw one.

PR jargon award disrupts synergies (but in a good way)

Are you super-excited about expediting a robust unicorn? Flack certainly is, as indeed are a few agencies – with one of them about to be handed the crown of most jargon-positive agency.

In March, PRWeek was empowered by Brandwatch to hand Tin Man the title of agency using the most exclamation marks in its tweets. Now, the social media analytics firm has searched the tweets, websites and blogs of a number of top agencies for frequency and overall usage of jargon.

There were strong showings from Bottle (Brandwatch's own agency), and top five appearances for The Big Partnership, Hope&Glory and Dynamo. In second place was Cirkle – but the winner is... Hill+Knowlton Strategies. 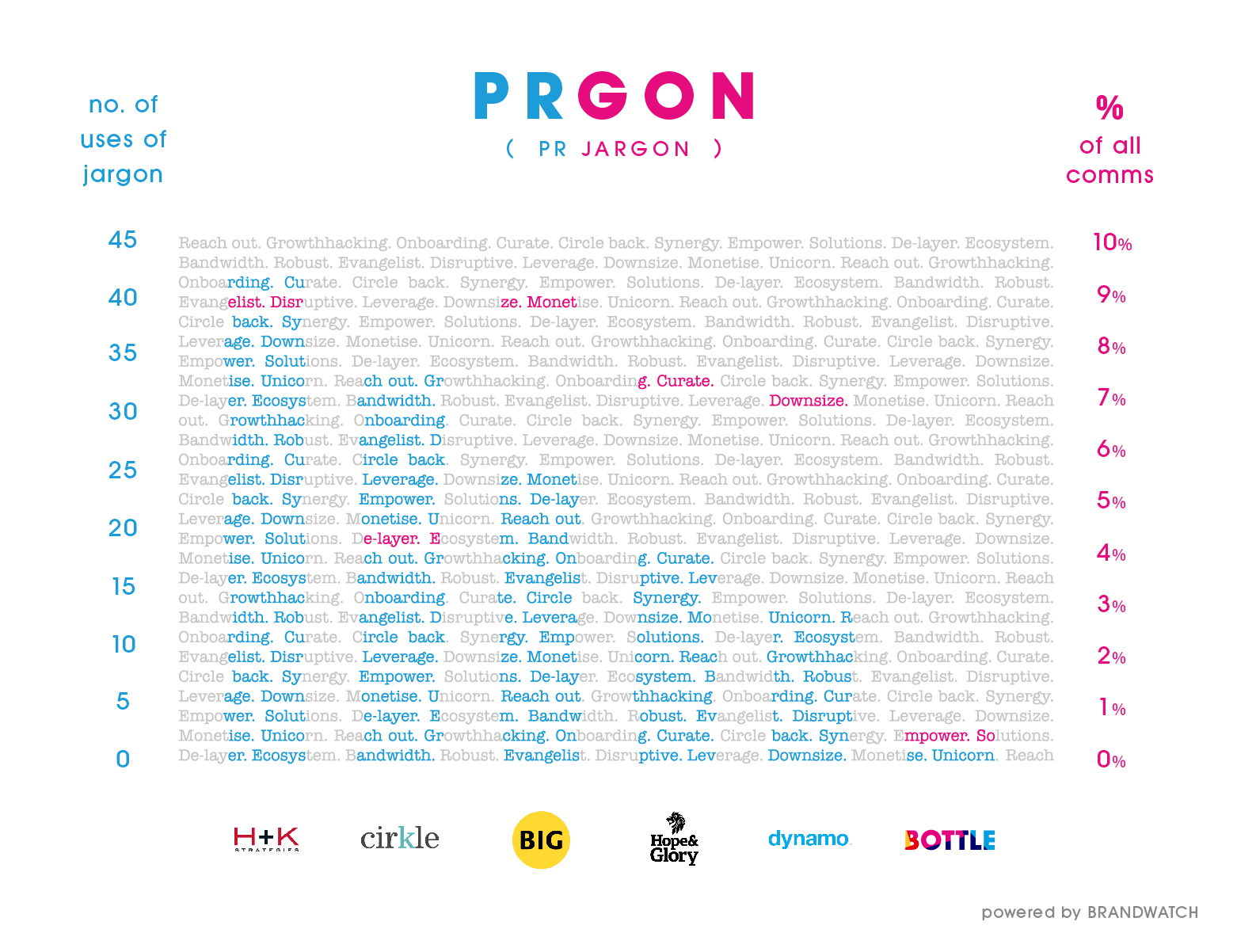 Congratulations to H+K, but more importantly congrats for being good sports, with an energised spokesperson circling back to PRWeek with the following statement: "As a global provider of market-leading blue-sky thinking with unmatched capabilities, we are super excited to hear we have received this landmark achievement.

"We love working with the coopetition to create snackable content such as this awesome article for PRWeek’s end users. We’ll take out some key learnings and make a step change in our comms going forward."