FTI Consulting has promoted two of its senior executives to leadership roles across the Asia-Pacific region.

Paul Downie has been appointed chairman of Southeast Asia & Australia, while Paul Marriott has been made chairman of Asia. 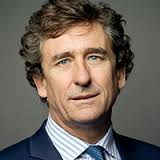 Downie (pictured) has relocated from Sydney, where he was head of FTI’s Australia practice, to Singapore to take up his new role.

Marriott has moved from FTI’s London office to Hong Kong to take on his new role, which oversees the firm’s business in Greater China, India, Japan and Korea.

Edward Reilly, global CEO of the strategic communications division at FTI, said: "Having two such accomplished leaders, such as Paul and Paul, is a tremendous development for our established franchise in APAC and for the business as a whole."

In addition, former chairman of APAC strategic communications, Ray Bashford, has moved to a special advisor role in the region.