When brands talk about being successful in Asia-Pacific, some version of the same theme emerges: be in tune with the cultures, societies and nuances of the countries that make up the region. You can’t approach Thailand the same way you do Cambodia, and so on.

However, it seems that things are only getting tougher, which is why public affairs, not always foremost at the minds of communicators, has seen its stock rise so significantly in recent times.

Many APAC countries are developing into major global players at a time of unbridled social and political change in the region.

From a new liberal democracy in Myanmar after years of dictatorial rule, to Thailand’s military junta; a libertarian Indian prime minister to a volatile new Filipino president; an increasingly interventionist China to five Australian prime ministers in five years.

The map is messy, to say the least, perhaps messier than ever with the advent of rapid digitisation and increased access to information across the region.

Brands need people who can navigate it, who have their fingers on many pulses and the right connections to get their clients heard by policymakers. Why is why more and more PR agencies in APAC are investing in public affairs.

Room enough for all 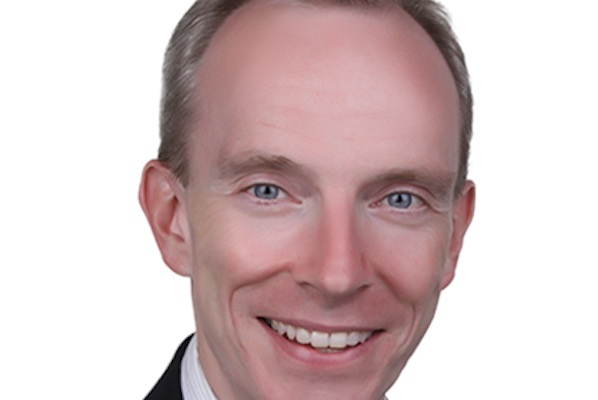 "Many traditional PR firms already had some small public affairs function, but even those that had previously ignored this demand are appointing some of their more politically-minded staffers to begin a public affairs practice," says Adam Welsh (pictured), Singapore managing director of APCO Worldwide.

The sheer scope of business potential in Asia-Pacific, coupled with the myriad governments and regimes that need to be approached, has seen many PR firms focus more on public affairs work.

Just in February, for example, Weber Shandwick expanded its presence in the region by opening a Sydney branch of its public affairs specialist firm Powell Tate, to follow its Beijing office.

Moreover, the market is such that several specialist public affairs agencies have opened over the past few years in the likes of Singapore, Hong Kong, Indonesia, India, China and Australia, on the basis that there is plenty of work to go around advising brands on regulations and policies.

"Our experience with both MNCs and big Indian transnational corporations tells us that public affairs has begun to realise its weight in the policy space," Manash K Neog, director of public affairs at Chase India, tells PRWeek Asia.

"Many mid-tier agencies across the continent are probably the early movers on public affairs specialisation, investing in infrastructure, talent and brand positioning."

It is this positioning that is so highly sought after, in a region where policies and relationships can vary so greatly between countries. Brands are evermore reliant on agencies that can cultivate relationships with regulators, executive and legislative bodies, business allies and local community leaders.

"Managing these relationships effectively can have a huge impact on a company’s market access, ability to engage in M&A and broader reputation," Neog explains, which is why specialist agencies with strong ties and local knowledge are thriving in the public affairs space.

Clients now want the whole spectrum – whether it is working on government campaigns, helping brands engage with governments or crisis and issues management – to be handled by one team they can trust, says Jacquelynne Willcox, executive vice president of Powell Tate.

"The c-suite level that we most often represent wants to find practitioners who specialise in all these offerings, whatever they are labelled, in the one team." 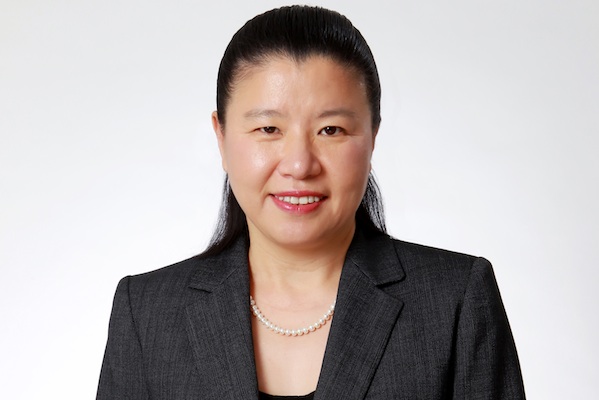 However, because public affairs is now a bigger part of the overall comms picture in Asia-Pacific, larger agencies are also getting their share of the spoils, says Cindy Tian (pictured), regional vice president of public affairs at Edelman China.

"Government and public affairs work is no longer isolated within a company, and campaigns require new capabilities in the evolving communications environment. Not all of the specialist agencies have the resources to invest in these."

It’s not just the agencies either; observers say plenty of businesses are beefing up their in-house public affairs capabilities to deal with the increasing demand on their time of negotiating and lobbying key policymakers in Asia-Pacific.

The key for brands is getting in front of those who have influence over their operations in a given market. Whether an agency is large or small, this is the fundamental tenet of their offering, and its success depends as much on client information as it does government relations. 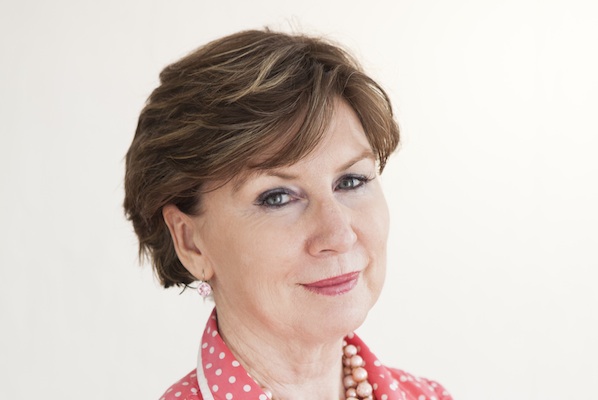 "The first rule is to know your clients well and ensure they are true to their brands," explains Willcox. "Our value is in knowing the regulatory, policy and political environment the company operates in, and calling out what is on the horizon.

"The real value is in providing a strategy to engage and be part of shaping that future."

This engagement may take various forms, and come with many tricky nuances; getting entry into India’s tech scene is a different kettle of fish to making connections in Myanmar’s energy sector, or Bangladesh’s textiles industry.

The key to it, says Neog, is combining strong messaging with clear insights into how a brand will engage in a given market, and allowing authorities to see the benefits.

"Brands are restructuring their public affairs strategies in Asia into approaches that provide policymakers with better insight and leeway for oversight, evaluation and subsequently better decisions."

Regarding India, this has been evident in the charm offensive put on by many Silicon Valley players in trying to engage the country’s tech market. However, Facebook’s failure over Free Basics demonstrates the perils of lobbying too hard.

An important development in that example, which also applies more widely, is that India was just as active in approaching the Valley as the other way round. Public affairs in APAC has become a two-way street as governments now actively engage consumers and businesses far more than ever before. 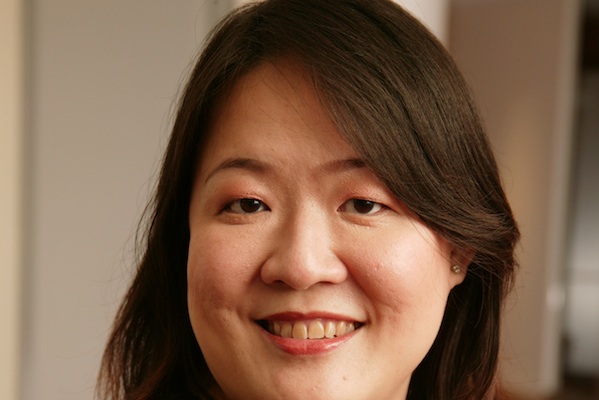 "They want to be able to use the same tools and technologies employed by leading global companies."

Neog says APAC is witnessing the emergence of "careful policymaking" as economies in the region "as hotspots of growth are moving faster towards transparent regulatory environments".

However, in the region’s biggest economy, things seem to be getting tougher in the public affairs space. China may have become more regulated and transparent in some ways, but brands, particularly foreign companies, are finding it harder to engage stakeholders.

"Guan Xi, the magic word for government affairs in the 1980s and 90s, and even the first few years of the 2000s, is no longer magical," explains Tian at Edelman.

"Engagement with policymakers must align business interests with China’s development agenda. For a business in China, public affairs is not a function, but a lifeline, as the government plays a dominant role in the market and influences every step of a business."

Indeed, the State Council’s 2016 legislative plan contains more than 200 new laws or amendments to existing regulations. "We have been engaged more than ever to monitor and analyse regulations and policies for our clients," Tian says.

A recent development that caused a stir was China’s new e-commerce law introducing tariffs and taxes on online cross-border sales. The announcement took many businesses by surprise.

However, Willcox says it was effectively the closing of a loophole that brands should have seen coming, and employed effective public affairs to deal with it.

"The changes were pushed by the Chinese retail industry, which was being heavily impacted by foreign luxury goods coming in via online shopping platforms," she explains.

"A smart public affairs campaign would see those foreign brands working with Chinese e-commerce platforms to change the laws in a way that would be more favourable to e-commerce."

By far the biggest change for public affairs in APAC today is the rapid digitisation of several maturing countries, allowing greater access to information and giving citizens a voice where previously they did not have one.

It has added a whole new dimension to the public affairs world, particularly for governments as citizens are openly asking for more from them.

"Governments in some countries are constantly being critiqued about how responsive they have been in their adoption of social media to amplify the discourse around public policy," says Lim.

The drivers for this are a growing population of wealthier, better-educated and more engaged APAC consumers. As such, the demands on public affairs execs to connect brands to government, and vice versa, in a digitally relevant way is more pronounced than ever. 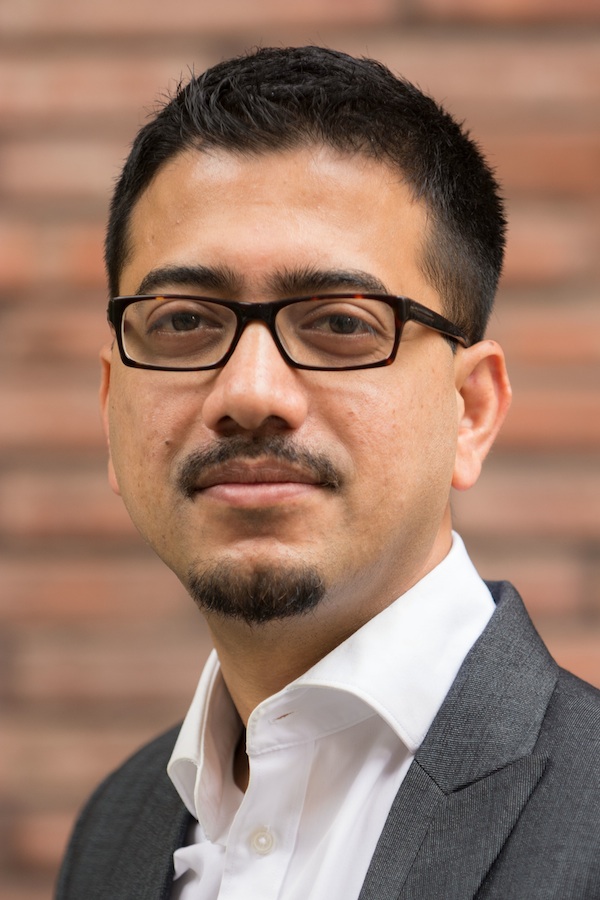 "Asia and its public affairs professionals stand at the threshold of a new political and economic experience as demonstrated by its new and rapidly growing urban centres, and an increasingly tech-savvy, educated and young demography," says Neog (pictured).

But with this technological revolution comes challenges, for both governments and brands in APAC.

Willcox says while Powell Tate has been effective in Australia in using digital means to influence major policy decisions, she also sees brands that fall into the trap of online complacency.

"Some are unwisely using it as their main channel of engagement and have become too transactional in their approach to technology as a tool of public affairs," she warns.

"At its most basic, public affairs is about constant engagement and listening. Technology can be very effective but it must be part of a well-considered strategy."

Furthermore, increased digital access means room for millions more comments regarding a brand or governments plans, not all of which are savoury.

Lim explains: "While social platforms can empower individuals, they do not necessarily create democratic access to information online. They also breed clusters of extremism, ignorance and abuse."

Common examples include the genetically modified crop industry, which receives fierce, relentless criticism despite the science often being on their side.

More generally, foreign investment has become a hugely sensitive issue across APAC, with some critics straying all too casually into xenophobia in their condemnation. The digital world has made tackling these problems a far bigger challenge.

Public affairs professionals have to guide their clients through this often vitriolic noise to promote their ideas to policymakers, who are regularly swayed by the digital court of public opinion.

As with other areas of PR work, timing a strategy is key, as in engaging agencies before any issues arise.

"Public affairs advisers should be used at the beginning of the transaction,’ Willcox says. "Too often we get called in when the deal is facing regulatory or other challenges that could have been foreseen and better managed with a good public affairs strategy."

Whatever the pitfalls and developments, it is clear that public affairs in Asia-Pacific is in a period of rapid transition with no time to stand still.

With more free trade agreements being implemented, not to mention the likes of the Trans-Pacific Partnership on the horizon, the picture does not look to be getting clearer anytime soon.

As Neog aptly puts it: "This is a rather interesting time for public affairs, as the theatre of engagement is expanding very fast."