Ford paraded its GT racing car through the streets of London on a lorry across a route roughly mirroring the track of the famous Silverstone circuit. This created what the auto maker dubbed the "slowest Silverstone lap ever", to publicise Ford’s involvement in the FIA World Endurance Championship. The lorry took just over two hours to cover the 11.9-mile course. The stunt was organised and video produced by Ford’s in-house team.

The Guardian: What did the ECHR ever do for us?

After Home Secretary Theresa May said the UK should quit the European Convention on Human Rights (ECHR), which is separate from the EU, but remain in the union itself, The Guardian released a Monty Python ‘What did the Romans ever do for us’-style sketch. It stars Patrick Stewart as a Prime Minister who asks ‘what has the ECHR ever done for us?’. Produced in-house by The Guardian, the sketch-cum-campaign tickled liberal funny bones across the land.

Parkinson’s UK kicked off April’s Parkinson’s Awareness Week with a stark message in an animation narrated by Dame Jenni Murray, the presenter of BBC Radio 4’s Woman’s Hour. "Sharing this film could change your friend’s life," Murray says. It ties in with research by the charity – which gained prominent media coverage – that found nearly two-fifths of people with the disease have felt the need to lie about it. The video was produced by Catsnake.

London commuters spotted a number of ‘stags’ chained to lamp posts, asleep on benches and handcuffed to various bus stops across the capital one morning last month. The scenes of stag party aftermath, involving five actors deployed over a five-hour period, were staged by LateRooms.com to celebrate the start of peak wedding season. The campaign for the accommodation booking service was designed by its agency Taylor Herring. 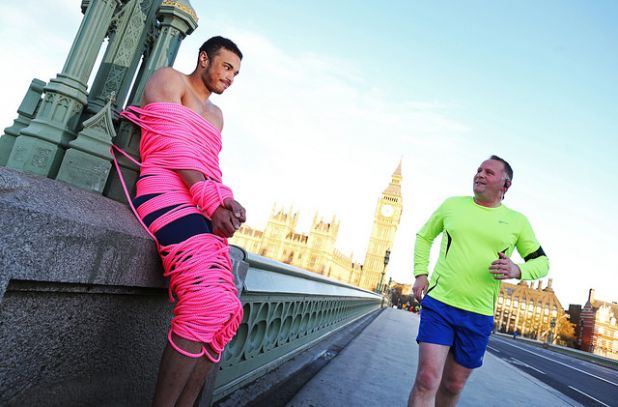 To mark season six of Games of Thrones, Irish lager brand Harp created its own ‘House Harp’ as a cheery take on the show’s warring houses. It features the ‘Harp Angel’ and Belfast actor Ian Beattie, a former series regular, and highlights that much of the show is filmed in Northern Ireland with a local cast. Belfast’s Smarts Communicate devised the campaign. 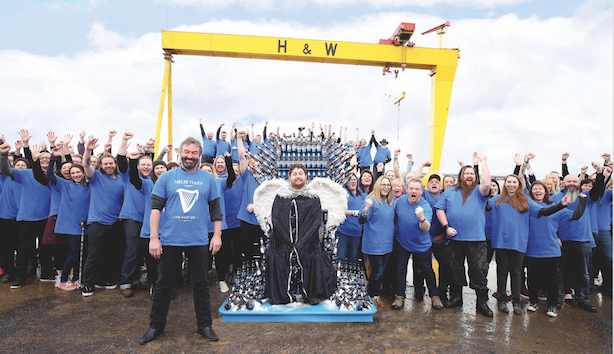