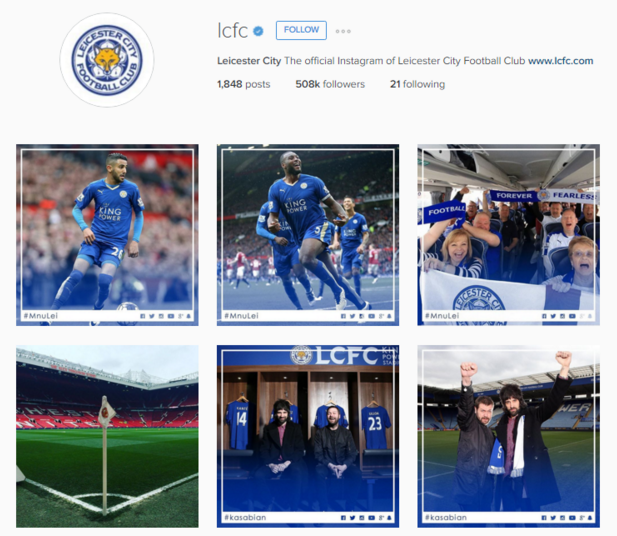 But while the new Premier League champions' Instagram following has grown by nearly three-quarters in that time, its growth is outstripped over the year as a whole by Rich McCor (aka paperboyo on Instagram), who adds cartoon cut-outs to real-life photographs, according to data from InfluencerDB.

Leicester City Football Club (lcfc on Instagram) had 609,000 followers on Instagram as of Tuesday morning, after title rival Tottenham’s draw against Chelsea confirmed Leicester's place as champions. This was up 71 per cent from 336,000 on 27 March, eleven times greater than this time one year ago, when it was just 45,000 - and 100,000 more than 24 hours earlier.

Meanwhile, paperboyo’s following is nearly thirty times higher than it was this time last year, when he had just 5,600 people keeping up to date with him on the photo and video-sharing platform. 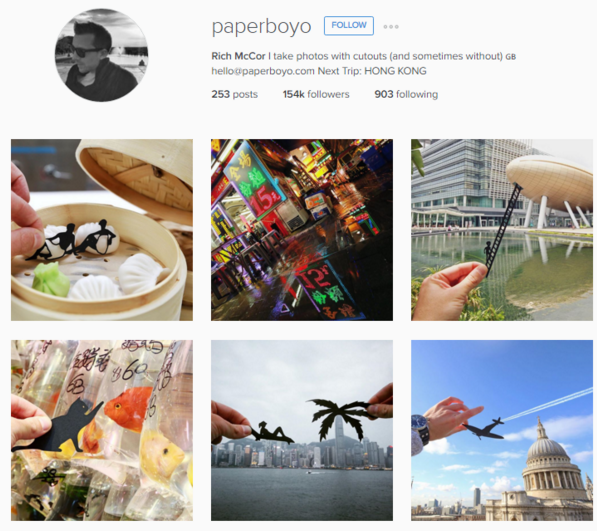 There are three new accounts among the list of the fastest-growing UK Instagram accounts with more than 100,000 followers. The full top 10, which also includes other sporting brands, a magazine, and the lifestyle and fashion blogger Samuel Bensoussan, is:

InfluencerDB CEO Robert Levenhagem said these accounts were "very different and diverse types of accounts, which shows that various kinds of target audiences are active on Instagram".

"We believe that these accounts will gain even more importance in the future as they seem to understand how Instagram works: high-quality content results in high engagement rates and an ever-excited and loyal follower base," he said.