Cleopatra is an enigmatic and well-known historical figure. What comes to mind when you think of her? Beautiful seductress? Maybe. Naval commander and brilliant military strategist? Less likely those depictions spring to mind, but they are true. What about public diplomat, researcher, trail-blazing feminist, and public relations pioneer? Also true.

Cleopatra is a popular historical figure in film and literature, but her skill as a strategic communicator has been overlooked. Cleopatra was, as far as history records indicate, the first woman sovereign to rule alone for a period of more than a decade. Her leadership showed skilled use of PR and public diplomacy — in fact, she could be considered a pioneer of public relations. Some would say the pioneer of certain strategies and tactics.

In a public relations history study, I spent over a decade combing historical records related to Cleopatra. Her skilled use of public communication and diplomacy helped forestall the fall of Egypt to the Roman Empire. I used the theory of models in public relations to classify and describe Cleopatra’s ancient communication activities, and concluded that they held stunning parallels to advanced and strategic uses of communication practiced today in modern PR.

Cleopatra was an exceptionally well-educated intellectual, skilled in chemistry, economics, mercantile strategy, military theory, law, and linguistics. She was the first Pharaoh to speak to the diverse peoples of her empire in their own languages, in which she was fluent in as many as 10.

Her public relations activities ranged from vast pseudo-events to form support for her rule among strategic publics to offering tax incentives to politicians who supported her policies. She used straw polls and a vast network of spies, with the power to respond on her behalf, to research situations and strategize before acting.

Using public relations, she provided public information on agriculture and commerce for use by the people of Egypt, such as information on floods and the irrigation of crops. She used massive press agentry events with long processions of performers and athletes, horses, musicians, rare animals, and gifts of food for the spectators.

Many historians recorded the lavish gifts she offered to heads of state, such as giving to Mark Antony and his officers her prized Arabian horses outfitted with silver bridles. Historians note that Cleopatra made use of the seductive power of spectacle.

My research concluded that Cleopatra was a truly advanced, research-based ruler who used public diplomacy and public relations in her reign. She was the world’s last Pharaoh, yet the first woman to rule alone, and was a pioneering strategic communicator in her own right.

But, first, why is this knowledge uncommon?

History is written by the victors. After the defeat of Antony’s army by the Roman invaders led by Octavian (who did not accept her surrender), she subsequently committed suicide. Octavian ordered events surrounding her death and reign blotted from the historical record, as her at-the-moment still living son with Julius Caesar threatened Octavian’s rule. "Too many Caesars are not a good thing," he was famously counseled.

Cleopatra challenged Roman rule militarily, and Egyptian gender roles for women stood in stark contrast to those that were acceptable in Rome with its male-dominated society. Historians agree that Roman propaganda was intended to destroy the legacy of this Queen by rebranding her from leading intellectual to wanton hedonist. Unsurprisingly, there is no surviving original record of Cleopatra’s last days or death.

Cleopatra used what is modernly called public relations: she segmented her publics and spoke differently to different publics, depending on their message needs and the strategic goals of the communication. She used sophisticated forms of research for the ancient era, such as straw polling, establishing an informal communication network, and used public diplomacy to create favor among publics foreign and within her empire. Cleopatra was successful at using inventive public relations to provide almost two decades of prosperity and Roman protection for her empire, until her death in 31 BC. 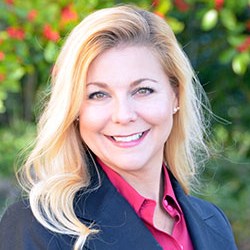 Shannon Bowen, Ph.D., researches and teaches PR ethics at the University of South Carolina. She is a member of the board of trustees of the Arthur W. Page Society and the board of directors at the International Public Relations Research Conference. Her column will focus on PR education, ethics, and the C-suite. She can be reached at sbowen@sc.edu.