Nearly 400 people from 40 countries have been confirmed as judges on panels across disciplines, including creativity, digital, design and film, at this year’s Cannes Lions International Festival of Creativity. 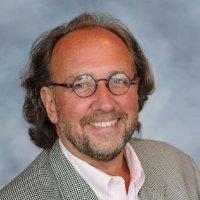 Women comprise 40 per cent of all jurors this year, up from 31 per cent last year, the festival organisers said. As reported by PRWeek in February, the PR Lions jury will be led by John Clinton (right), North America head of creative and content at Edelman.

The juries will meet in Cannes to judge live throughout the festival, from 18 to 25 June, with the winners to be announced at awards ceremonies during the eight-day event. Philip Thomas, chief executive, Lions Festivals, highlighted the importance of a balanced jury to ensure entrants are judged fairly. He added that the juries had a "significant responsibility in determining the future path of creative communications".

Joining Clinton, Thomas and Wobst as judges are:

The full lists of judges are available on the Cannes Lions website.