Volkswagen has been operating in South Africa for more than 65 years. The brand wanted to produce a campaign that gave back to the community, while also giving potential buyers an opportunity to experience the Amarok model pickup truck's unique capabilities under grueling conditions.

South Africa has some very hard-to-reach places. The Amarok Social Test Drive gave people the opportunity to put the Amarok through its paces by delivering supplies to people in some of the most remote areas of South Africa. For instance, the initiative delivered one ton of textbooks to the children of Zwanani Combined Primary School.

The Amarok has been produced by Volkswagen since 2010. It is available in Europe, South America, Russia, Australia, New Zealand, and South Africa.

Strategy
The Amarok is touted as both "smart and tough." VW's research showed that previous campaigns had firmly established the smart credentials of the Amarok vehicle, but it was weaker in terms of perceived toughness.

The strategy was built from the insight that if test drivers really experienced the Amarok’s hauling capabilities under genuinely demanding conditions, they would be far more likely to become buyers. The campaign team also knew that potential buyers in an urban environment would be unlikely to commit the time and effort to travel to "hard to reach places" without some serious incentive.

"Ogilvy & Mather Cape Town presented the Amarok Social Test Drive based on the seemingly simple insight and one of the biggest challenges our country faces: rural communities that often don’t receive the supplies they desperately need, because they are based in places that are hard to reach due to rough terrain and bad roads," explained Tarryn Knight, marketing communications manager at Volkswagen South Africa Commercial Vehicles. 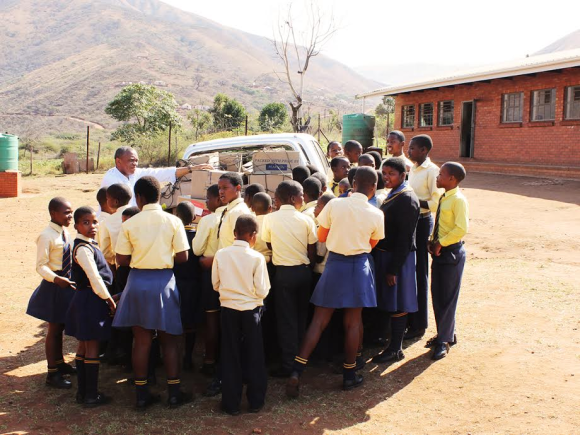 The first test drive, completed by Siyabonga Joko from the small South African city of East London, was a 305-mile round trip. Joko drove through challenging terrain to deliver sewing machines, over-lockers, and fabrics to a woman’s sewing group in the isolated rural community of Lady Frere.

Two other test drives delivered more than 6,000 text books and 10 boxes of stationery to schools in the province of Kwa-Zulu Natal. Meanwhile, the fourth test drive provided nearly 50 boxes of dog and cat food for an animal shelter in the Western Cape.

The final test drive involved an Amarok vehicle helping to deliver four one-ton loads of fresh water bottles to Senekal in the Free State in the midst of the worst drought the area has seen in decades.

Each of the Social Test Drives were captured on video and uploaded to various video sharing platforms under Volkswagen-branded accounts.

Results
The physical outcomes of the first five drives were the deliveries of more than 6,000 schoolbooks, 423 meters of fabric, 10 sewing machines, 47 boxes of animal food, and four tons of water bottles.

"Companies aren’t owners of their brands like they used to be; they are the custodians of their brands," Knight added. "Brands are shared and grown together, and Amarok Social Test Drive, as a marketing campaign of the 21st century, merges the company’s goals and their customer’s imaginations in an exciting way."