Jeremy Corbyn has joined Snapchat – and people are not FREAKING OUT

News this week from Labour Party HQ that dear leader Jeremy Corbyn has joined Snapchat. The rather underwhelming, low quality shots have attracted plenty of comment in online and social media.

In the same spirit of clickbait with which this news was met by national media, Flack is about to write an article with a headline along these lines: '12 posts from Jeremy Corbyn's Snapchat: Number three you WILL BELIEVE, number eight WILL LEAVE YOU MILDLY BORED, and number ten [insert joke here]'.

Why does Jeremy Corbyn's snapchat have such creepy angles? Feels like I'm hiding in a corner of his office pic.twitter.com/XxbYuvn0fH

Jeremy Corbyn just got Snapchat and his posts are exactly what you'd expect https://t.co/88eOUQUPkQ pic.twitter.com/XN4mMlQr4v

Flack was treated to more than two hours of finely balanced legal argument, live-streamed courtesy of the Supreme Court this week, as English and Welsh media await, with baited breath the decision in the case of super injunction subject ‘PJS’, versus News Group newspapers.

The rest of the world could not give a hoot, of course, having already read the lurid allegations in local media outlets not covered by the jurisdiction of the court. After listening to tracts of legalese, Flack was more than ready to hear the decision of the court only to find that it had not yet reached a decision. Is it always like this? Flack enquired of a partner in a law firm. "Par for the course," came the reply.

Flack can reassure not just PRs but the UK's general population this morning - the much delayed Chilcot report into the UK's military action in Iraq will be published this summer. Delays in the report's preparation have caused much angst and hand-wringing, but it is now guaranteed to hit the press in June or July, if the fact that a press officer working with the inquiry is now reportedly on the lookout for a new job is anything to go by...

Pitch: How to bypass journalists

Flack received a pitch this week from a new journalist-founded web platform that offers PRs, content marketers and corporates the opportunity to publish directly online, without having to find their way through the editorial filter.

The pitch was unsuccessful.

It's not just cricket

To Omnicom Towers in Southwark for the recent Ketchum moving in party last week. Ketchum had set out its stall, literally, in the shape of the various disciplines it offers to clients.

After an engaging chat with the sustainability team, Flack was (sort of) gently ushered towards a stall with what is billed as the future of protein: Crickets. Yes, those hopping green insects so redolent of a romantic summer’s day.

Thankfully, these ones were no longer hopping, having been cooked and flavoured with chilli and salt to create an insect-based bar snack that left Flack in need of a beer, or two. 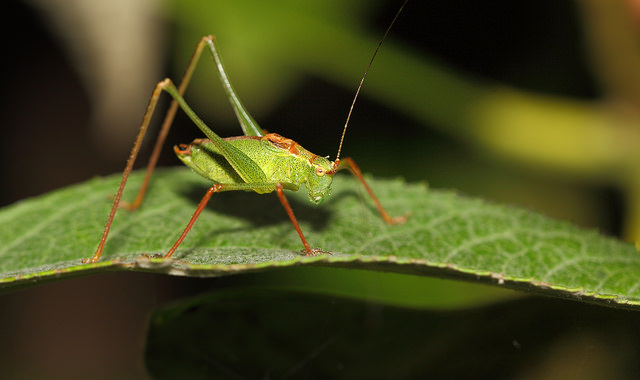 Finally, Flack presents this one with no comment, other than to say that our work here is done.