The Financial Times launched what it called its "first truly integrated campaign" this week, with half-and-half graphics (see one example below) showing a link between world events or trends, to tie in with new slogan 'Make the right connections'.

Right before the campaign was due to go live on Wednesday morning, the FT connected with PRWeek to say it was no longer using a Donald Trump-themed image in this campaign, due to "possible complications".

The graphic in question showed an explosion on the left, and the Republican candidate for US president's barnet being blown about in high winds on the right. The caption read "global turmoil, political dynamite", somewhat provocatively.

Flack asked what was meant by possible complications, and was told there was a potential image licensing issue, but that the FT intended to revive the image at a later stage of the campaign.

It’s a rare day in politics when a prominent member of the Green Party, a Lib Dem grandee, a former Labour leader, a former deputy Labour leader and the Prime Minister are lined up singing from the same hymn sheet.

In fact, the last time such an unholy alliance was formed was when Scotland came close to sailing off into the sunset on its own and had to be brought back into the fold using all the political big guns that could be mustered. So what has brought political foes Baron Kinnock, Baron Ashdown, Baroness Jowell, Darren Johnson and David Cameron together? Calling – doubtless surprised – voters from the 'remain' camp’s ‘Stronger In’ headquarters.

Flack imagines the call went something like this: "Hello, I’m Dave and I would like you to consider voting to stay in the EU on 23 June". Deathly silence, followed by sniggering. "Yeah, pull the other one – is that Paul from sales?"

Hungry for a job

Top marks for originality to this creative chap or chapess...

I got sent an edible CV.

Still sending out non-edible CVs? You need to switch your game up. pic.twitter.com/nkte1coPCo

Of mice and foreign secretaries

Mice running about the place give a bad impression to visitors. It’s all a bit redolent of chewed cables, droppings and decay. So Flack is uplifted to learn that the Foreign and Commonwealth Office, which has seen its fair share of rodents over the centuries, has employed a ‘chief mouser’ in the form of a Battersea Dogs & Cats Home rescue cat.

Palmerston, pictured below limbering up with a piece of string before going on duty, is named after the 19th century prime minister and foreign secretary Viscount Palmerston.

This is something of a coup for Battersea, which also rehomed Downing Street’s most famous resident (not that one), Larry the cat, so it can now claim to have two of its alumni stalking the corridors of power.

In an interview on his first day in office, Palmerston gave ambiguous responses on issues including Donald Trump and the EU but he had clearly been briefed not to bore journalists with a long tale. 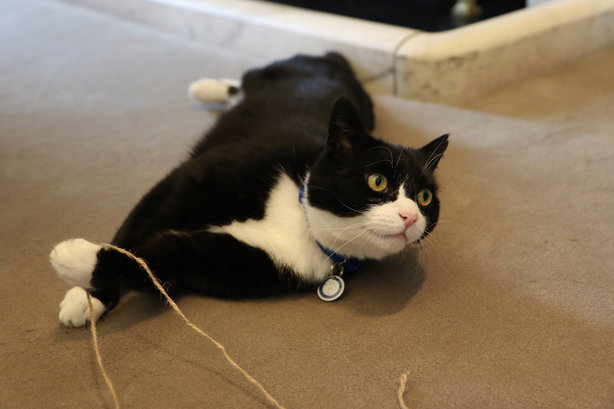 Unity’s adventures in the Mushroom Kingdom

Nifty team bonding idea here from Unity: the agency staged a Mario Kart tournament as a fringe event at the London Games Festival. "Basically we did it because we love Mario Kart – most of us grew up playing it in one form or another," Unity’s Katreena Dare tells Flack. "And we’re all terribly competitive – previous Unity social events include a (cheating-filled) sports day and a trip to the Crystal Maze. So the rebooted London Games Festival gave us a chance to combine two of our favourite things – Mario Kart and competition. And we’re based in London's Little Italy…" Makes sense. 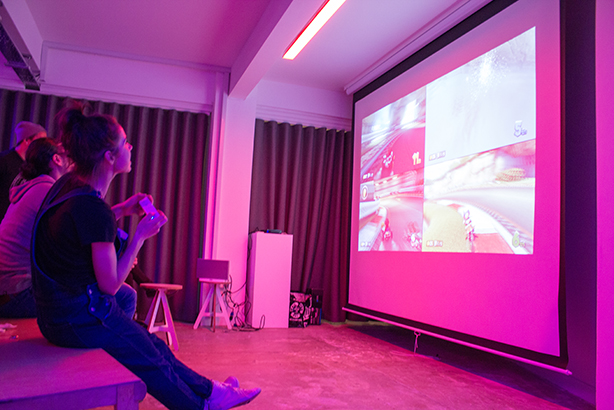 No Flack of knowledge

Flack had a jolly time on Wednesday night at the annual Hanover pub quiz. His team, named Panamanicas (in a nod to the recent tax scandal, obviously) and containing some of the agency’s brightest minds, finished in a satisfactory mid-table ranking. Although the Mensa-worthy contingent struggled with some earlier questions around chemical elements and such, pride was redeemed with a near-perfect performance when the subjects had more of a 1990s music and cultural flavour. Good result.