The EU referendum, the Budget and terrorist attacks in Brussels have tended to suck the oxygen out of business stories this month.

Every week the proportion of people saying that they recall no business stories has remained over 40 per cent. In this overwhelming media climate only a few business stories punch through into public consciousness. 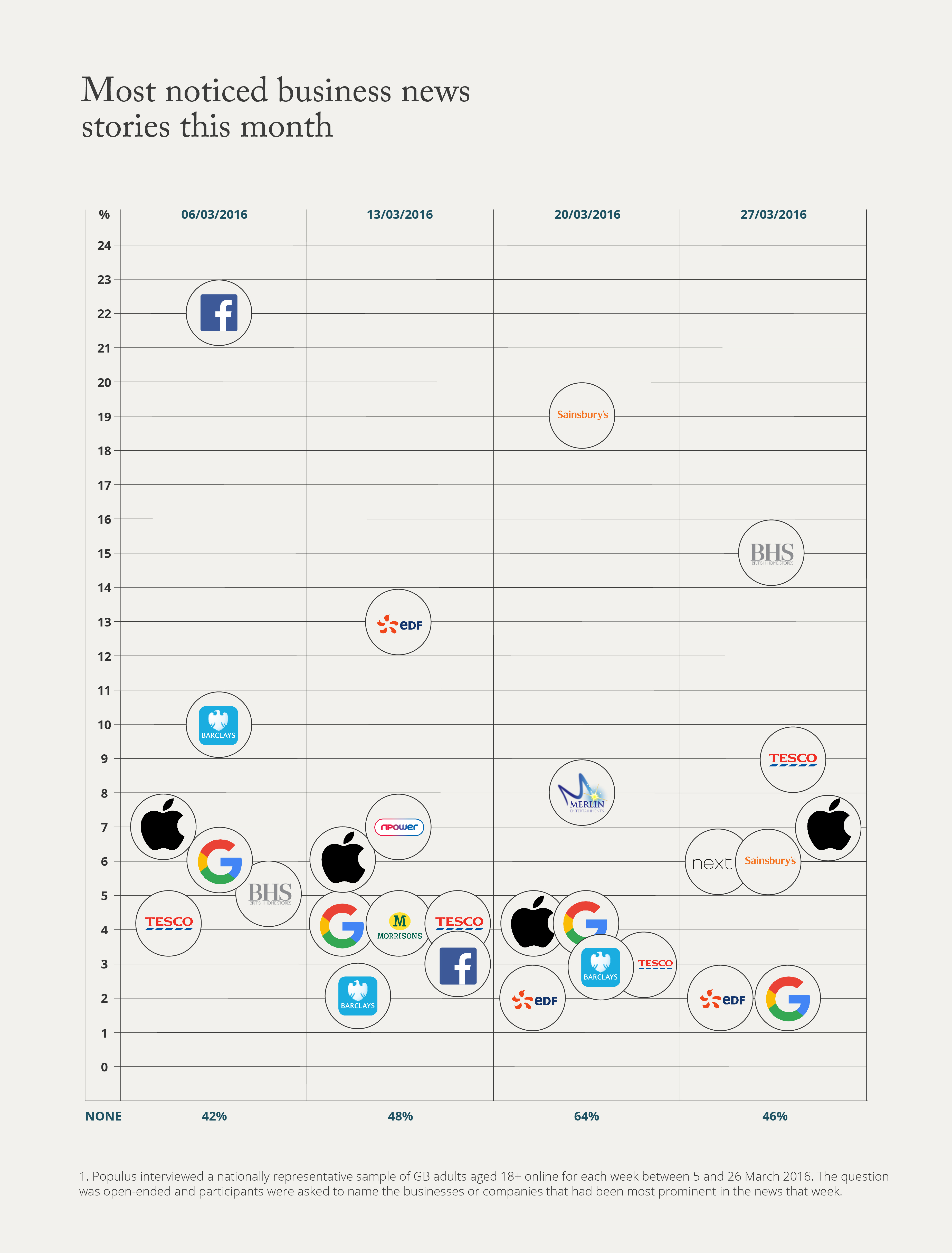 Facebook was the most noticed company in the news this month. Over a fifth of the population (22 per cent) observed that the company is expected to pay millions of pounds more tax in the UK after overhauling its tax structure. The move comes after the social networking giant faced public uproar when it was revealed that it had paid only £4,324 in UK corporation tax in 2014.

Facebook is not the only Internet giant to come under attack for its tax arrangements. Last month, Google, which also features amongst the top ten most noticed business stories in March, bowed to public pressure and agreed to pay £130m in back taxes.

The fact that Facebook and Google will be paying more tax in the UK is welcomed by many, but many more are frustrated by the fundamental unfairness of a patchwork of national tax regimes that allows international companies including Starbucks, Amazon and Pfizer to pay lower effective rates of tax than the typical UK tax payer. A recent return filed with the US stock market revealed that Facebook paid taxes of £86m outside of the US despite racking up profits of £2.37bn - equating to an effective rate of tax of just 4 per cent.

While a complete overhaul of international tax legislation is not around the corner, it may not be as far away as some believe. Public disquiet about the tax arrangements of large companies has been simmering for the last few years in the UK, Europe and the US. The Chancellor’s crackdown on multinational tax avoidance in the Budget, the European Commission’s 2016 proposals on corporate tax avoidance, and Hillary Clinton’s plan to reign in Wall Street tax inversion deals with an ‘exit tax’, make it clear that public anger about tax avoidance is beginning to impact on political and policy agendas.

The likes of Facebook and Google should use the current period in which governments are pre-occupied with the EU Referendum, the migrant crisis and race for the White House, to test the most effective ways to communicate with consumers and policy shapers about the tax that they pay and other contributions that they make in different national jurisdictions. When the immediate priorities facing governments begin to subside, corporate tax is well positioned to fly up the agenda.

The second most noticed story of March was Sainsbury’s acquisition of Argos owner Home Retail Group, identified by one in five people (19 per cent). The deal marks the next step in the shake-up of the supermarket sector. Argos not only extends Sainsbury’s product profile beyond that of other major supermarkets, it also beefs-up its delivery capability as Argos’s hub and spoke network of 700 stores is able to deliver to most of the country within a day - a feat which even Amazon can’t match.

Supermarkets, still reeling from the challenge of the discounters and the trend towards top-up shopping, will watch the Sainsbury’s/Argos tie-up carefully. If the grocer pulls off this combination by integrating the food and non-food shopping experience and at the same time leveraging Argos’s delivery network, other supermarkets will have to react – and quickly.

Stay of execution for BHS

BHS pops into the consciousness of 15 per cent of the population with the announcement that it has cut a rent deal with landlords to prevent it from going bust. The deal saves thousands of jobs, but the retailer is far from safety. Struggling to match retail fashion competitors across the sector in terms of design, shopping experience and online capability, BHS is further hamstrung by a £571m pension deficit.

Its reputation on the highstreet has been in decline for decades and lies at the core of its inability to adapt successfully to the rapidly evolving retail environment spurred by online competition. The arrangement with its landlords enables BHS to fight another day, but it feels more like a stay of execution than a rescue. 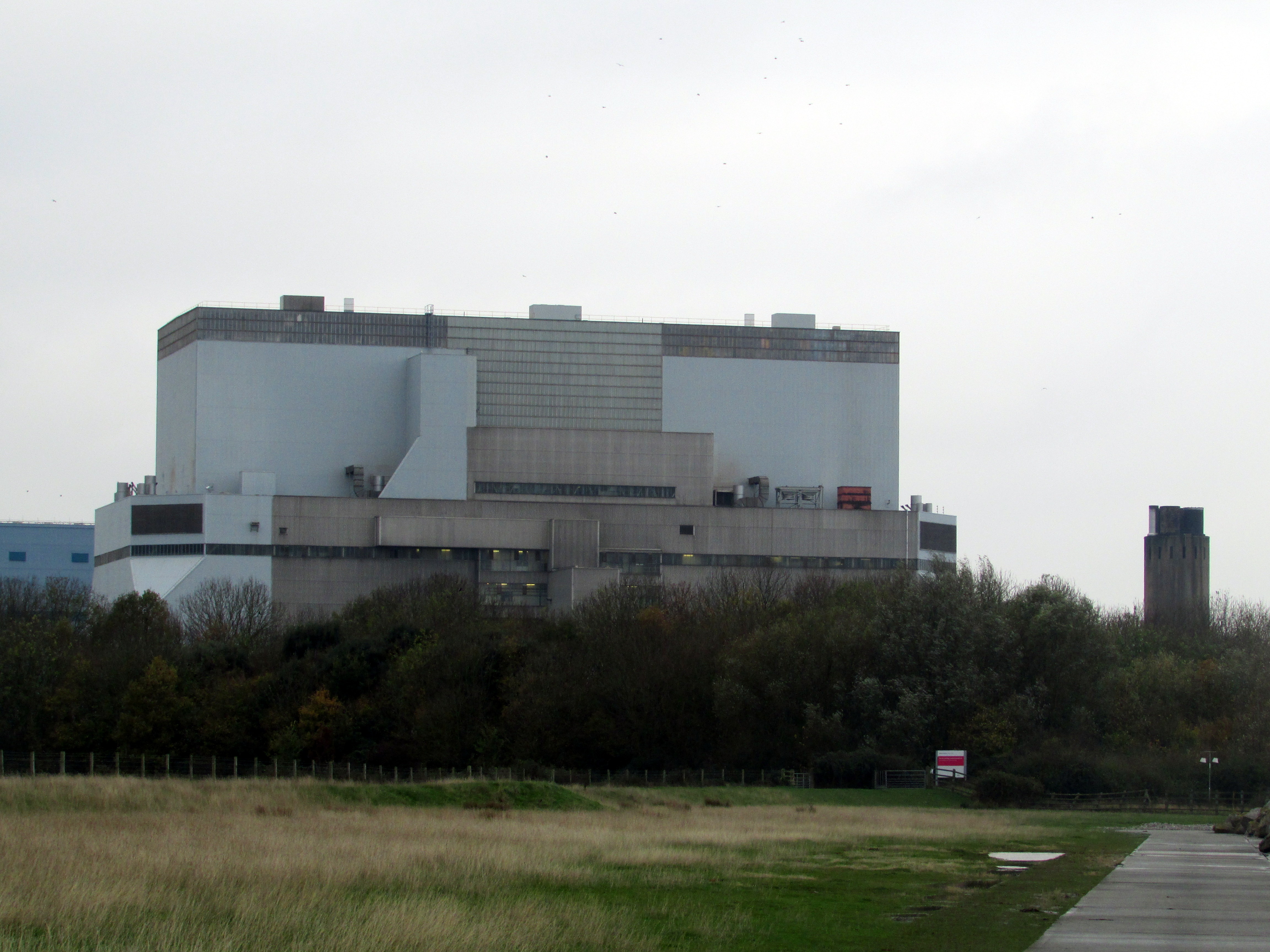 The resignation of its Finance Director pushed EDF onto the business pages in the middle of March. The story reaches 13 per cent of the population because EDF is linked to the biggest and riskiest energy infrastructure project in British history, the construction of two new nuclear power plants at Hinkley Point in Somerset.

Though EDF has assured MPs on the energy and climate change committee that the £18bn project will go ahead, the final funding decision lies with EDF’s major shareholder, the French government. It is expected in May, nine years after the project was originally proposed. Whether the deal goes ahead or not, the reputation of the British government is on the line.

Either way, the Government faces some very uncomfortable questions. If the deal collapses, it will have to explain to the British public why the French government was allowed to call the shots on UK energy policy? It will also have to explain why it has taken 9 years to reach a decision when it has been clear for years that demand for electricity is likely to outstrip UK supplies in the near future? On the other hand, if the deal is struck, the Government will have to explain how the project is good value for UK consumers who will foot the bill at a guaranteed price of £92.50 per megawatt hour for 35 years – an amount that is about three times the current price of electricity.

Merlin shows how to handle a crisis

The reopening of Alton Tower’s Smiler ride nine months after the horror crash which left four people with life threatening injuries was one of the most noticed business news stories last month. It is notable that there is little negativity regarding its reopening. This is a tribute to the effectiveness of the crisis management of Merlin Entertainments, Alton Tower’s parent company, and its CEO Nick Varney

In a recent poll Populus asked leading business journalists to identify the best example of a corporate crisis that was handled well by the organisation involved.  Merlin’s handling of the Smiler ride incident was described spontaneously as the best example of crisis management. One journalist praised the company saying ‘There was good access, the CEO put his hands up straight away and was very frank with the press. He appeared to be very frank with the families and totally upfront about compensation.’ 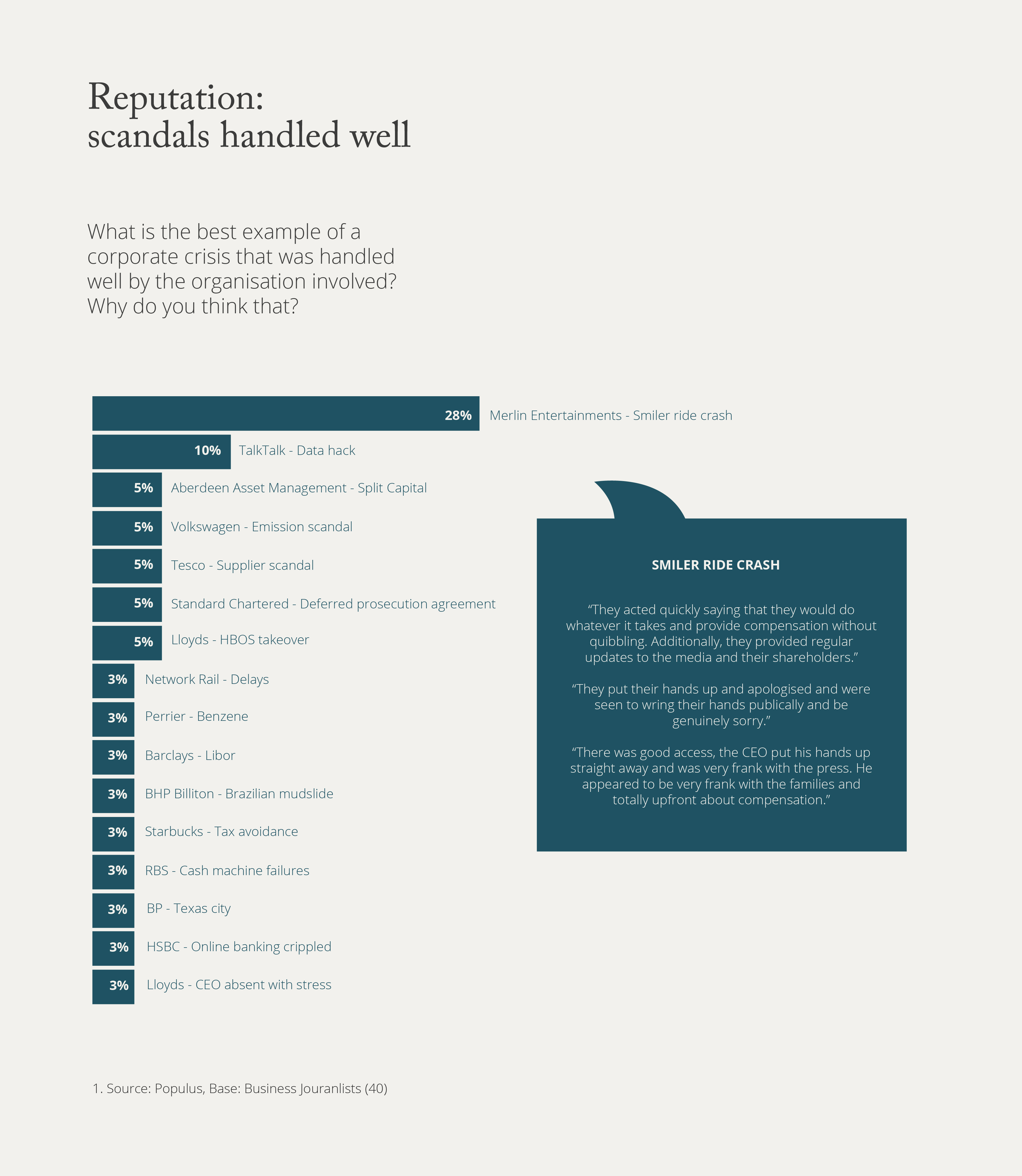 While every crisis is different, senior business journalists suggest that the key elements of good crisis management are:

Hinkley Point B by Reading Tom licensed under CC BY 2.0

Gartner: Marketers are using less than half of their martech stack capabilities