Gold’s Gym attempted to grab the attention of consumers with flagging willpower via the Fitness Cliff campaign last month, focused on pinpointing the exact time when New Year’s resolutions fail.

With the help of agency MWWPR, Gold's Gym developed the concept for the campaign nearly five years ago. Every year, the chain researches member attendance patterns at its locations nationwide to figure out the exact day when New Year's workout plans start to fall to the wayside.

This year, the brand broke ground by developing a campaign focused on data and insights that would drive editorial segments for the media – and it found February 9 is when most resolutions go over the Fitness Cliff.

Strategy
Emphasizing simplicity, the campaign team evaluated the aggregated data of gym check-ins for all locations for the past several years, using those numbers to pinpoint the day the highest number of resolutions end.

Since data is added each year, the Fitness Cliff changes from year to year, making it critical that campaign teams clearly provide direction to national media outlets.

Step two of this process focused on local media.

"In local markets, we secured broadcast segments for Gold’s Gym reps to talk about Fitness Cliff and give ideas on how to stay motivated with workout goals, whether at home or the gym," she added. "Our national media efforts started with a story in USA Today that was then picked up by Today, and the coverage just kept rolling in from there."

The strategy differed from those of past campaigns in two ways. First, the company didn't deliver any marketing news to the media, instead focusing on the insights that could be drawn from the data collected by the brand. Second, because the Fitness Cliff fell two weeks earlier this year, Gold’s emphasized the date as an attention-grabbing fact the media could cover.

Tactics
The brand conducted extensive media outreach, casting a wide net by targeting national broadcast, print, and online outlets. In key local markets, such as New York, Los Angeles, Philadelphia and Dallas, its campaign team worked to secure local TV segments for a Gold’s Gym spokesperson to go in-studio to talk about the Fitness Cliff and give tips on how to keep New Year's resolutions.

Gold's leveraged interconnection and consistent messaging from brand representatives across the country, providing reps with key message points before they did local TV interviews. The brand engaged spokespeople frequently for local media activations.

It also drew up a memorable list of warning signs that health goals are at risk:
C - Can't find the time;
L - Lacking a game plan to keep you going;
I - Ignoring your commitment and falling into old patterns;
F - Frustrated with lack of early results;
F - Forgetting why you started;

Lori Robinson, SVP at MWWPR, said the push was the most successful Fitness Cliff campaign to date. 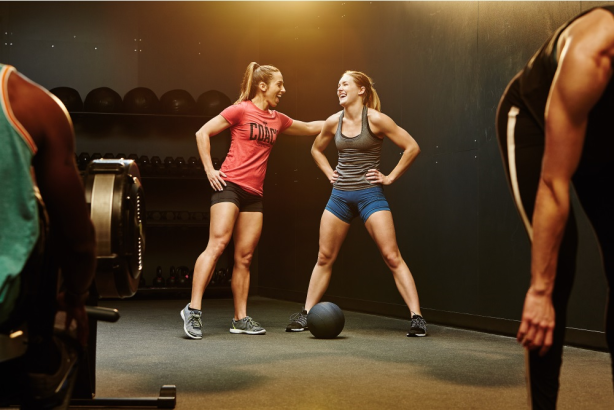 Results
The campaign secured more than 210 placements and about 611 million impressions in both national and regional media.

Coverage focused on how Gold’s Gym pinpointed the actual Fitness Cliff day based on check-in data from across the country. Much of this coverage also included tips from Gold’s Gym fitness institute experts on how to stay motivated and avoid the Fitness Cliff.