At research and strategy consultancy Populus, we know that whether you’re part of the FTSE 100 or a tiny NGO, a great reputation among UK policy and decision makers can make life a lot easier.

Populus asked its panel of 250 MPs from across the House of Commons to tell us which organisations and individuals are getting it right when it comes to building trust and gaining support from politicians.

Our Chief Executive and reputation expert Michael Simmonds gives us his thoughts on the private and public sector organisations with the best reputation according to MPs.

The announcement that Mark Price, the cruelly dubbed ‘fat grocer' who has led Waitrose’s great expansion over the last nine years, is to become Francis Maude’s replacement as Trade Minister is yet another sign of the respect that politicians of all parties have for the John Lewis Partnership.

One in ten MPs named JLP their ‘big business’ of the year. And it’s not just the fact the business performs so well. Although the Partnership’s like-for-like sales increase of 4.1 per cent (or 5.1 per cent if the soon to be Lord Price’s Waitrose is excluded) over Christmas contrasted very favourably with the more anaemic performance of rivals like M&S or Next, the evidence suggests that politicians love John Lewis for the way it operates as much as for its financial success.

Our research into attitudes towards the retail sector finds that MPs consistently rate it higher than all its competitors. More than eight-in-ten (86 per cent) MPs are favourable towards John Lewis and a similar proportion (85 per cent) rate it well for behaving as a responsible company should. More than eight-in-ten (83 per cent) MPs rate John Lewis well for making a positive contribution to the UK economy and whilst retailers are typically considered to be poor on communication by MPs, more than two-in-five (44 per cent) think that John Lewis communicates effectively. 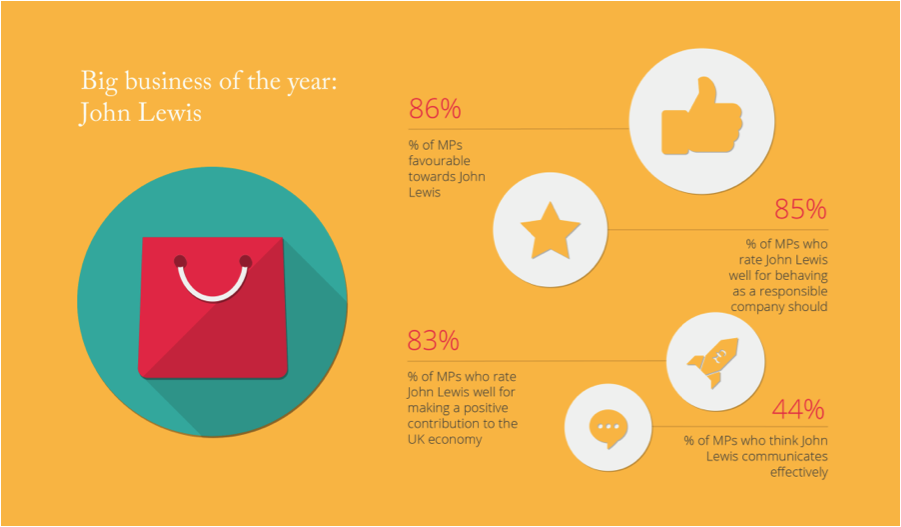 Are there lessons here for other businesses? The easy answer is, of course, yes.

Its leadership has successfully identified trends and invested heavily in securing its future – few would have predicted that John Lewis would so successfully embrace the internet (online now accounts for 40 per cent of John Lewis’s sales).

MPs like corporate transparency and so are impressed by the fact that the employee-owned business publishes its results with the same openness that is required of publicly quoted companies – but, unlike its competitors, scrutiny of the results has no effect on its share price.

The business media’s focus tends to be on sales not on margin (less impressive than many of its rivals) and the company does not face the detailed scrutiny of the City’s investment houses. Similarly, JLP’s decision to keep its defined benefit pension scheme and sector-leading bonuses stands out in a sector that has been excoriated by MPs for its use of zero hours contracts. However, the easy answer is not always correct.

John Lewis is loved because of its business model, because John Spedan Lewis gave away the company to its employees. Unless there are people out there willing to do the same John Lewis will remain an admired and brilliant oddity.

NHS comes out on top in public sector

The National Health Service, which was the public sector institution most admired by MPs in our survey, also has a business model that is hard for other organisations to learn from (should they so wish).
After a year in which the NHS was at the centre of political debate at the General Election, it retains its peculiarly British position of being both widely loved and at the same time criticised for being overly bureaucratic.

Support for the institution remains strong in Westminster with nearly one-in-five (17 per cent) MPs (without being prompted from a list) naming the NHS as public body of the year. The figure was higher for Labour MPs – with nearly three-in-ten (28 per cent) choosing the NHS.

The election of a Conservative Government committed to spending an extra £8 billion a year by 2020 (alongside £22 billion in efficiency savings to fill an estimated funding gap of £30 billion) and to creating a "7-day" health service (with accompanying rows with hospital doctors, nurses and GPs) means that the NHS is going to remain at the centre of ferocious political debate: a debate that will be played out against a backdrop of public concern about waiting times, staffing levels and the quality of care.

After years of growing satisfaction with the NHS coinciding with increased funding under Tony Blair (reaching 70 per cent in 2010), analysis of British Social Attitudes data by the Kings Fund show satisfaction with the NHS among the general public fell back from 65 per cent in 2014 to 60 per cent in 2015. Reasons given for being satisfied include the quality of care and that it is free at the point of use, the range of services and treatments available and the attitudes of staff. Of the 23 per cent of respondents who expressed dissatisfaction, waiting times, staff shortages, underfunding and wasteful spending were the top four reasons given.

As they have at various times since its creation in 1948, the founding principles of the NHS – that it meets the needs of everyone, it is free at the point of delivery and based on clinical need rather than ability to pay – will come under increasing strain. Debate about levels of funding and efficiency of spending will continue to rage but, for now, the model retains high levels of support. 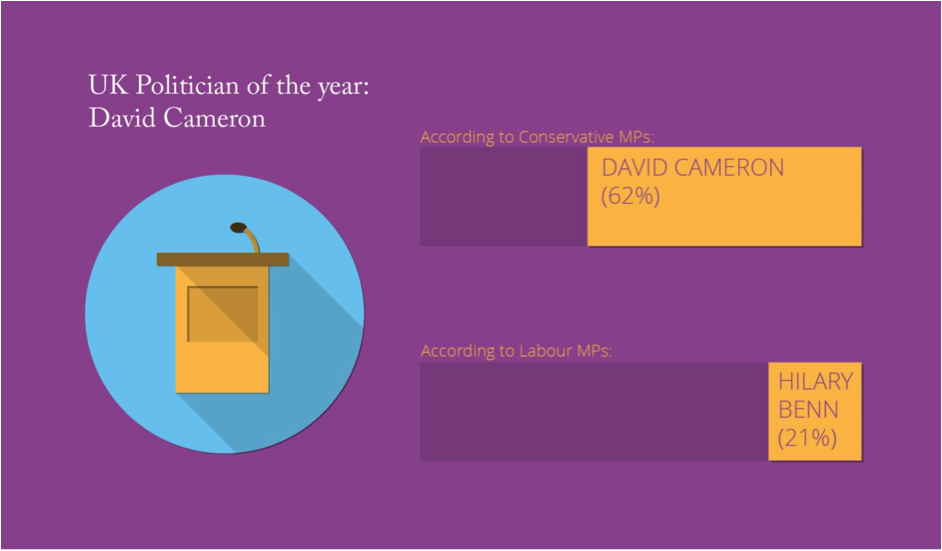 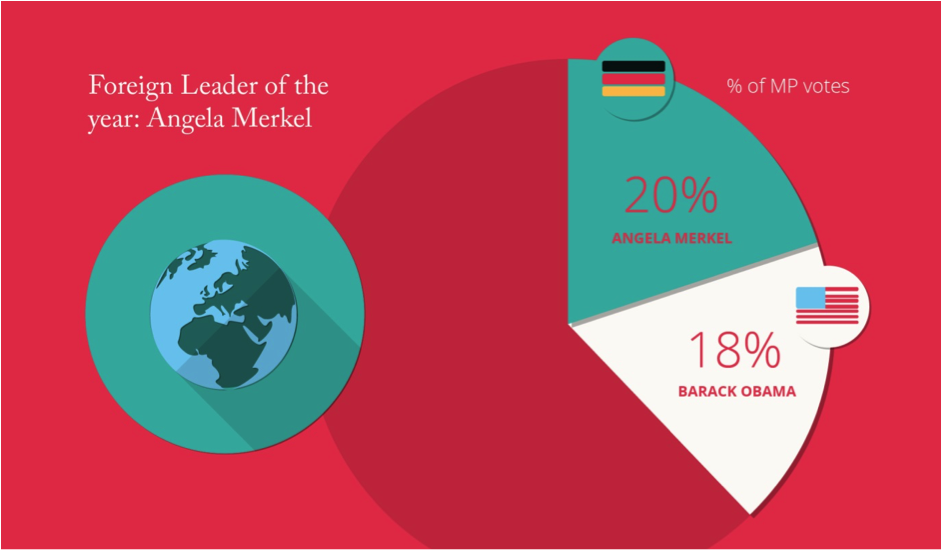 "Big Ben and Houses of Parliament" by Kathryn Yengle is licensed under CC BY-ND 2.0