Twitter is celebrating its 10th birthday on Monday. The social platform started with a short message by co-founder Jack Dorsey – "just setting up my twttr" – then became a forum for social change, breaking news, celebrity feuds, and, yes, product promotion. It also learned the lessons of going public, with its share price dropping as investors demanded more users and new revenue sources.

PRWeek asked five executives if Twitter will still be around in 10 years.

Twitter is losing to Facebook, and I've not noted any moves on [Twitter’s] part that could significantly halt that erosion. It's still an important player, particularly with regard to media and breaking news, but Twitter has lost too much ground with the cognoscenti to make me believe it will maintain long-term viability. 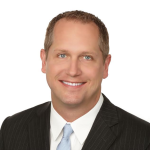 Twitter has established itself as an important vehicle for breaking news, cultural events (think appointment TV like a new House of Cards season or the Oscars), and fast-moving conversation topics. Can you imagine politics without it? Its simplicity, inherent brevity, and mobile-first orientation have made it an easy tool for tastemakers to share their views – from celebrities to brands, media outlets, politicians, and even pontiffs. And while I don’t envision a future in which Twitter’s essential offering becomes far more complex, I do think its survival depends on how extensively it embeds its utility into other offerings.

Yes, it will survive, but in many ways, Twitter will be unrecognizable from the standalone service we know today. Look for Twitter conversations and data to be far more integrated into a variety of tools consumers use to share their views, not a distinct communications vehicle the masses use to both seek and share information.

Twitter is a publisher, moving to a broadcasting model. The ethos of Twitter is real-time, uncensored content, and that will help it continue to remain relevant for the next 10 years.

The Internet’s competitive landscape will look completely different in 2026, with the exception of a few heavy hitters (cough Google, cough Apple). Twitter needs to evolve and develop a long-term monetization strategy to ensure two critical things: audience growth and international usage. Over the next 10 years, broadcasted content - virtual reality, video, text, or emoji - will be generated by users all over the world and will be dependent on things like device capability, broadband access, and even literacy rates. Audiences will expect an emphasis on how they consume the various forms of content. Cue the user experience experts.

Brands will have a variety of ways to participate in the conversation, and we expect that brands experimenting with Twitter’s Periscope are the closest to understanding how to best engage with consumers on Twitter in the next 10 years.

Ten years ago was before smartphones became a mainstream device used by billions. This helped Twitter accelerate. Its brevity was a virtue. As was the nature of real time.

As long as the mobile phone is the sun in our world, I expect Twitter to continue to thrive as a platform. However monetization at scale will continue to be a challenge. However if the paradigm changes to another kind of screen as the primary one, then Twitter will need to adapt accordingly.

Every social media platform fears becoming the next MySpace, but Twitter can avoid that fate if it does three things over the next 10 years. First, it needs to keep its current base of active users engaged, particularly celebrities and journalists who shape consumer tastes and trends. Second, Twitter must continue innovating by improving its methods for prioritizing content and integrating new technologies that cater to next-gen users, such as live streaming via Periscope. Lastly, the company needs to rethink its ad pricing, which favors large brands at the expense of small and mid-sized businesses that can’t justify the investment.