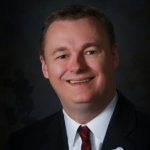 Bartlett joined Wal-Mart in its top communications position in May 2013, filling the spot vacated by Leslie Dach.

Hitt was hired by the retail giant last May, reporting directly to Bartlett at the time and succeeding David Tovar, who left in September 2014.

The company said last month that its fourth-quarter 2016 profit was down nearly 8% because of higher operating expenses. Total revenue, not accounting for currency exchange rates, was down 1.4% in the quarter to $129.7 billion.