St. Patrick’s Day is the holiday of the year for Irish companies, so naturally Twitter was a pot of gold of brand wishes and promotions on Thursday.

As a drinking holiday, beer and liquor companies were in their element. Jameson Irish Whiskey offered free drinks to UK customers.

To celebrate #StPatricksDay, the drinks are on us in London and Manchester this afternoon. Bars TBC…#DrinksOnJameson pic.twitter.com/l8di7FeHQ0

Jameson also sponsored a Snapchat filter to celebrate the day. 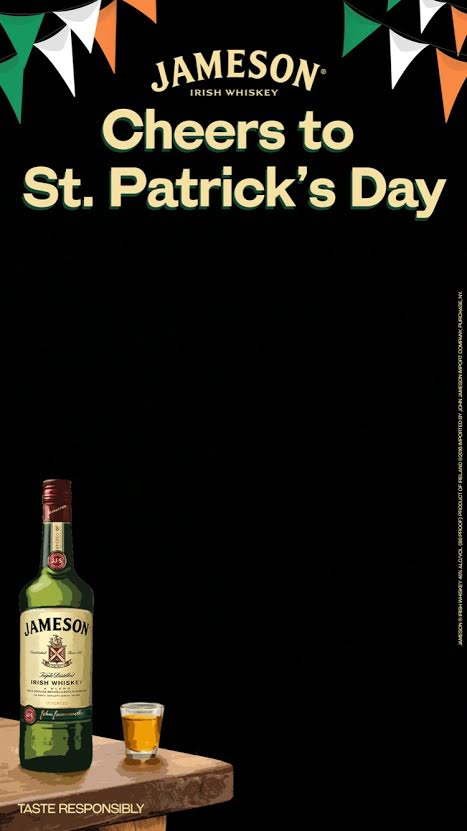 Guinness has been counting down to St. Paddy’s Day all week and encouraging followers to use #GuinnessTache with photos of their foam mustaches.

That hour you lost to #DaylightSavings just brought you one hour closer to #StPatricksDay. pic.twitter.com/umeJJVkPcF

Budweiser tweeted a video to remind followers they can drink something other than Irish beers and whiskeys this March 17.

When you kick #StPaddysDay off with a round of something Irish, follow it up with something American #ThisBudsForYou pic.twitter.com/rFVO6xJHEl

The festivities weren’t confined to the Irish or alcohol companies. Many brands jumped on the #StPatricksDay hashtag, which had more than 400,000 tweets by noon.

Some companies promoted sales or specials.

Ready to celebrate #StPatricksDay with (@Xbox Live) gold? 10 codes between now & 12p CT. 1st one in the next 5 minutes. #GSGoldGoldGold

Others just added a shade of green (or gold) to their usual Twitter messages.

#StPatricksDay is finally here! The leprechauns are leaping and the #LuckyCharms are magically refilling our bowls. pic.twitter.com/VKtOdKDtgJ

We found the pot of gold. #StPatricksDay pic.twitter.com/kOTje8Fwwz